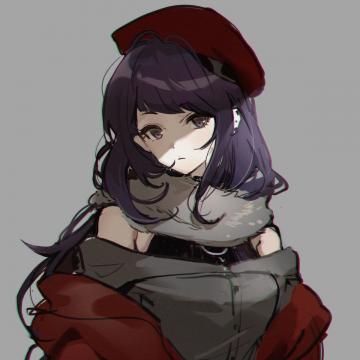 Female
United States
Seen 1 Week Ago
Posted 4 Weeks Ago
2 posts
2.2 Years
1
4 Weeks Ago at 10:06 PM
This question doesn't have as much to do with game development directly, but more so narrative and world building inside a game. For context, I've been working on a story concept for a fan game on and off for awhile, though I've been stuck on this part for awhile. With the story and themes that I hope to present, I feel like there isn't really an easy place to slot in an evil team. Though this does make me think, how core do you guys think an evil team is to the Pokemon experience?

I'm starting to think that they are less and less necessary as I think about design, though I might be completely off the mark. In my mind, Pokemon has always been about a couple core gameplay loops. Those mostly being exploring new locations, catching the different kinds of Pokemon you encounter there, and forming bonds with them through battle/contests/experiences. As far as I can tell, the evil team really only serve the final aspect, as just a ton of battles that you have to do throughout the course of the game. While they provide some of the game's few moments of building tension/stakes compared to the normal upbeat tone, I feel like this tension just feels way too alien from the rest of the game. For example, the fallout of the Team Galactic shenanigans in Pokemon Platinum feels super strange to me, since you just kinda resume what you were already doing. Like the whole arc between Canalave and the Distortion World was some sort of out of place fever dream that just kinda happens and ends. Naturally speaking, the core gameplay loop of Pokemon doesn't really fit too well with world defining stakes, at least from my viewpoint of it.

Now the matter of tone is clearly going to be contentious as everyone has their own sort of ideas and perspectives on what would make an interesting experience. At least for me, I have a harder time really getting into fan games and hacks that feature super serious narratives, mainly due to how much it contrasts the core Pokemon experience. Like I don't need to learn about my character's tragic backstory or moral ambiguity when I just wanna run around new places and befriend cute animals. This is not to say that you can't make a game which has these darker elements using the Pokemon model, I'm merely saying that me and some other people I've talked to believe that this sort of narrative tone doesn't really work well with the gameplay tone that Pokemon inherently has. The reason I bring this up, is because I feel like a lot of fangames really zero in on the evil team as a core aspect to their game's narrative, and try to work the whole game's tone and narrative around dealing with them. This might just be me, but I feel like we can create plenty of more unique and interesting circumstances if we try and do away with the evil team framework that has been with the franchise since the beginning.

If you think that an evil team is super important to a Pokemon game, why exactly? I'd love to have discussions about this, because there might be something about them that I'm missing. Also if you disagree with how I see the tone of a Pokemon game, I'd love to discuss that as well.

Age 28
Home
Seen 1 Day Ago
Posted 1 Day Ago
167 posts
15.2 Years
2
4 Weeks Ago at 11:22 PM
I think the importance does not lie in the evil team system that pokemon typically have, but rather potential conflict within the settings.
Pocket Godot - for Godot-based fangames.

Male
Seen 1 Day Ago
Posted 1 Week Ago
40 posts
3.7 Years
3
4 Weeks Ago at 5:14 AM , since edited
Evil Team is too much of a stereotype at this point, it's not about the team of roadblocks, it's about the antagonist.

Let's get Chairman Rose as an example, he was the antagonist of Sword and Shield at the 45 minutes mark of the second half. The problem isn't just that he was too late in the story, but how he came out of nowhere as an antagonist, similar to Disney Star Wars where they brought a classic villain with no foreshadow whatsoever and said that was the plan from the start, your audience isn't stupid and probably hates being treated as such, even more fan games who has a more specific smaller player base than official games.

Besides being late game, Rose's plan makes no sense, feels like an afterthought from the developers and is kinda off character in general.

Let's rewrite him now, shall we?

In this alternate universe, Leon isn't the undefeated champion because he is good and everyone isn't, Leon is the undefeated champion because Rose manipulate the sport of battles to decide which ones come on top and who falls. BANG! Sword and Shield went from a simple and bland adventure to an experience of a hopeful trainer who slowly discover the rotten and corrupt world of the sport they love so much.

Your adventure start simple enough. Get a Scorbunny, challenge the gyms and so on quickly making Rose(or Oleana) discover that you have potential, a bit too much potential and they set out to destroy your career before it even takes off. If you pay attention, Leon has a lot of Sponsors, which means MONEY, economical relevance of the brands, stonks market, etc. In short, Rose keeping Leon at the top is good for business, the Gym leaders obeying Rose and staying as Gym Leaders and losing on purpose when battling Leon is good for business. You taking down Leon is bad for business.

This opens a lot of good storytelling possibilities:

1 - Rose could try to recruit you as a rigged new champion, starting the moral fight of fair and square sportsmanship vs the evil of corruption and money power.

2 - Rose could outright tell you to stop before you "get hurt".

3 - The Gym Leaders themselves, wanting to keep their position of influence and status, will serve Rose on taking you down instead of normal team admins.

4 - There could be Team Grunts, but instead of hooligans cheering for their leader's sister, they are government and/or sport council spies doing damage control against you. Bede, as he looks up to Rose, could be a spy to look for dangerous candidates who can be a threat to Leon.

5 - Piers and Team Yell could have a even bigger role as secretly against Rose's shenanigans. Hell, Piers distastes for Dynamax could be also a small foreshadow of how he rebels against Galar's putrid system.

Anyway, a simple change of motivations can change a bland antagonist into a powerful one that the public can actually like and even take their feud personal. And, trust me, when your player takes an antagonist crusade personally, when they actually want to go out of their way and stop the evil plans, its when you know you did a good story. 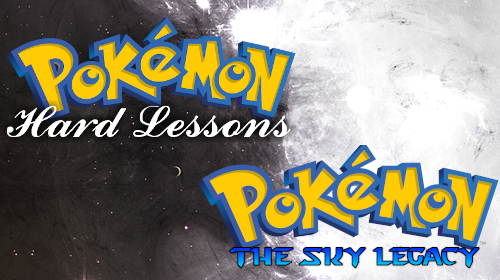