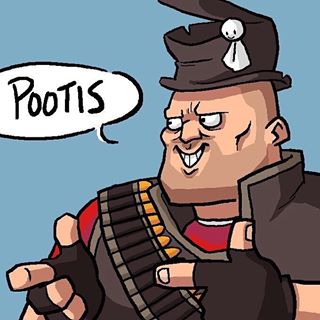 Male
United States
Seen January 31st, 2019
Posted May 22nd, 2018
31 posts
1.9 Years
1
March 12th, 2018 at 8:14 AM , since edited
Here is the first full chapter of my Pokémon fan fiction. When I’ve finished posting the final chapter, I’ll post a revisited version of the full story with the suggestions and recommendations that you all give me.


Chapter 1: Humble Beginnings
The Crystalia region was a unique region in the Pokémon world. It was the geographic center of the world, located directly north of Mt. Silver between the Kanto and Johto regions. Inexplicably, every single known Pokémon had been, at some point, documented to appear in the Crystalia region; the primary theory behind this being that Crystalia was, in fact, the point of origin for all Pokémon species. It was a rite of passage for trainers to travel to Crystalia to take on each of the eight gym leaders; and for Liam, a trainer from Amythestine Village, it would be a once in a lifetime experience.


<————————>
Liam’s alarm beeped loudly: 9:00 A.M. Liam tapped the snooze button and began to awaken himself; today would be the day that he would start his journey through the Crystalia region. He needed to be at Professor Mahogany’s Lab by 10:00 to get his starter, which was why he set his alarm early; Liam wasn’t an early-riser by nature. Eventually, Liam got up and got dressed: he put on his favorite pair of blue jeans (a little loose, but not too saggy), his Game Boy T-shirt (his favorite games were Nintendo and Game Freak’s line of Pokémon games, though he had always longed for the real deal), his 1999 Indigo Pokémon League jacket (he remembered a strange event regarding the 1999 Tournament, where one of the trainers’ Charizard wouldn’t listen to orders), his Lucario cap (he had always wanted to train a Lucario), and his deep, navy blue sneakers (they were nearly falling apart; Liam reminded himself to get some new shoes on his journey).
Liam grabbed his custom-made bag (based off of the one carried by the Legendary Trainer, Red) and walked out the door, after giving his mother a peck on the cheek, of course, “I love you, sweetheart!”
“Love you, too, mom,” Liam said, sincerely smiling.
“Stay safe!”
“I will! And I’ll remember to call!”
“Thank you! And don’t forget this!” Liam’s mom handed him a Luxury Ball; Liam had gotten it a few years back for a birthday.
“Thank you, mom.”
And with that, Liam was off to Professor Mahogany’s lab.


<————————>
Liam had already decided with Professor Mahogany a few weeks ago which Eeveelution he wanted to start with; a Fairy-Type Sylveon. Strategically, Liam thought, a Fairy-Type is a strong starter, having few common weaknesses and even being completely immune to the very powerful Dragon Type. But even with a strong Eeveelution like Sylveon, Liam concerned himself over how things could go with a different starter, like a Jolteon or Leafeon. But then was not the time to worry.
As Liam crested over a hill, he came to Prof. Mahogany’s lab. A sign hung over the front door with eighteen symbols on it; each one corresponding to the eighteen different Pokémon Types. Prof. Mahogany was a Pokémon Professor that focused upon Pokémon evolutions, Types, and how the two could relate in some cases; this was why the starters she gave out to new trainers were Eevees and their known Eeveelutions.
As Liam approached the lab closer, he noticed a thick, black fog inside through one of the windows. When he opened the door, Liam was nearly overwhelmed by the smoky fog. It smelled... old. Anciently old.
“Pidgeot, Defog!” Professor Mahogany shouted from within the lab, and the fog was fiercely blown out of the lab, and into Liam’s face; he hacked and coughed and brushed himself off.
“Experimenting with the Dusk Stone on an Eevee again?” Liam asked, snickering.
“I’ll have you know that I’m this close to evolving a Eevee into a Spiriteon!” Prof. Mahogany retorted, putting up her pointer finger and thumb, indicating how close she thought she was.
“Or a Spookeon!” Liam laughed; Prof. Mahogany hadn’t really decided on a concrete name for the future Ghost-Type Eeveelution.
“Whatever you say,” Prof. Mahogany replied, dusting the soot off of her lab coat.
“Vee!” the Eevee chirped cheerfully. She was covered in a thick layer of the same ash-like substance that was on Prof. Mahogany’s coat.
“So,” said Liam, “where’s the Sylveon I picked out?” He quickly glanced around the lab, but no trace of the Fairy-Type could be found.
“Oh,” Prof. Mahogany replied, “I had forgotten: Sylveon only evolve when an Eevee grows a strong bond with its trainer. So... here you go!” She presented the ash-darkened Eevee to Liam. She smiled and yipped at Liam, “Eevee! Vee!”
“That makes sense,” Liam reasoned, “but she’ll need to be cleaned first.”
“Fair enough,” Prof. Mahogany agreed, “I’ll go take care of that.” She called the Eevee into a Poké Ball and walked into another room.
“Pidgeot,” The bird Pokémon stated.
“Is that so?” Liam asked sarcastically; he wished so much that Pokémon could talk.
Professor Mahogany walked back into the main lab, holding the freshly cleaned Eevee, “One washed Eevee.” Her fur looked extra soft and fluffy.
“Thanks, Prof.”
“No problem.” She carefully put the little brown fluffball on the ground, and handed Liam some Poké Balls; a pink, heart shaped sticker was stuck to one of them.
“These are some empty Poké Balls. You remember how they work, right? Weaken a Pokémon to capture it.”
“I remember, thank you.”
Prof. Mahogany pointed to the Ball with the sticker, “This one belongs to your Eevee. I’d recommend you use it only when absolutely necessary; interaction with your Pokémon is the best way to bond with them.”
“Ve-Vee!” The little Eevee nodded.
“Ok,” Liam said, “let’s go Eevee!”
“Eevee!” Eevee hopped excitedly behind Liam out the door.

Male
United States
Seen January 31st, 2019
Posted May 22nd, 2018
31 posts
1.9 Years
2
March 25th, 2018 at 5:08 AM , since edited
Chapter 2: A Child of the Grass
Liam stood at the mouth of the Peridotian Wood with his Eevee by his feet.
“Well, it’s time to take the first step,” Liam stated, “Let’s go.”
“Ee! Vee!”
“Well, I want you to become a Slyveon,” said Liam, “so I figure that you’d need a name to reflect that.”
The Eevee’s eyes brightened and she hopped up and down; her cream-colored mane bounced accordingly.
“How does ‘Pixie’ sound to you?” The Eevee was absolutely ecstatic and she jumped about on her hind legs. “Ee-vee! Ee-vee!” she chanted.
“It isn’t difficult to figure out that you think that it’s a wonderful name!” Liam said, smiling. All of a sudden, a loud rustle emerged from some tall, nearby grass! A blue and black blur blew by Pixie, knocking her backwards. The blur stopped on a stump nearby, revealing the speedy Pokémon to be... a Riolu! Liam was very excited; his first wild Pokémon encounter was the one that he had looked forward to the most, but he hadn’t imagined it to be against a Riolu!
Liam grinned, “Pixie! Hit that Riolu with a good solid Tackle!”
“Vee!” Pixie nodded in agreement.
“But not too hard!” Liam quickly added, “Don’t let it faint!”
Pixie reared up and charged at the Emanation Pokémon, and lunged square into its chest, knocking it down onto its rear; the blue and black Pokémon quickly hopped back up onto its feet. “Ri-o!” it grunted.
“Blind it with a Sand Attack!”
Pixie dug her paws into the dry, grainy forest dirt and flung it into the Riolu’s face, who quickly tried to clear its vision.
In a flash, Liam pulled out his birthday Luxury Ball and threw it out at the opposing wild creature. The Riolu was covered in a red glow, and was absorbed into the specialized Poké Ball, which fell to the ground and began to wobble about. The Ball shook once; twice; three times; and clicked. Liam could hardly contain himself; he had caught his first Pokémon: a Riolu! He quickly scrambled over to the Ball and let out his newest team member.
The Riolu looked around confused. Liam approached him slowly and got down on one knee, “Hey there, buddy...” The Riolu turned and faced Liam, then cocked his head to the side, “Ri?”
“I’m Liam. Your new trainer.” As the words left his mouth, he realized how awkward this sounded.
“Ri... o...?”
Liam asked worriedly, “You can understand me, right?” The Riolu slowly nodded his head.
Liam gave a sigh of relief. “How does a new name sound to you?” The Riolu’s mouth slowly curled to a small grin and his tail wiggled back and forth.
“Alright,” said Liam, “how about...”
Liam hesitated. “How about... Aaron?”
Aaron grinned larger now, his smile absolutely glowing.
As Aaron was about to start chanting, out of the tall grass burst a pair of Lucario! Liam’s heart sank; he realized what he had just done. These were Aaron’s parents.
Liam differentiated the two by the absence of the spike on the mother's chest. “LUC!! LUCAR!!” The father barked out. The mother on the right looked greatly upset.
“Can you understand me?” Liam quickly asked. The father gave a nod and growled aggressively. The mother nodded as well and let out a tiny whimper.
“Ok, good.”
“LUCARIO!!!” the father barked louder; the mother urged him to settle down.
“Look, I’m sorry,” Liam apologized, “I didn’t know that this Riolu was your son.”
The father went on growling.
“But I promise to take good care of him; surely no better care than you could give him, but I’ll do my absolute best.”
The father ceased to growl, but continued scowling at Liam.
“I promise, we’ll return here to the Perdotian Wood as often as possible. He won’t miss his mom and dad; no child should have to miss their parents.”
Aaron ran to his mother and hugged her around the waist. “Rio!”
“Luca...” the mother stroked the top of her son’s head.
“Vee?” Pixie looked up at Liam.
“Shhh... let him have his goodbyes,” Liam whispered.
As Aaron stood there, his arms wrapped around his mother, tears trickled down his face; he hadn’t thought about the repercussions of leaving his parents until they showed up just a few minutes ago.
“Rio...”
“Luc... Luca... Lucario...” the mother whispered softly.
The father begrudgingly nodded in approval and motioned that Aaron could go, his eyes also watering up a little.
Aaron let go of his mother and slowly went to Liam’s side.
“Thank you. I swear to you that I will keep your son safe and take excellent care of him.”
Aaron’s father grunted and led his mate back to the tall grass. After the Lucario had left, Liam knelt down to eye level with Aaron, who was silently sobbing.
Liam put a comforting hand on Aaron’s shoulder, “Don’t worry,” he said, “I really do promise to take good care of you. Your mom and dad will be so proud to see you as you grow.” Aaron wiped the tears from his eyes.
“Now, come on,” Liam stated, “Emeraldus Town is just a little further through the forest.” And they headed on their way.
Advertiser Content