Male
on the second floor's nest
Seen 7 Hours Ago
Posted 4 Days Ago
1,024 posts
12.3 Years
1
1 Week Ago at 5:13 AM
The bane of not only every writer but also every scientist, designer or thesis student, is giving names to things. It's such a hard task that it basically stands as its own science... I guess it should have its own name: "Nomenclature" (though that name is overloaded for other similar tasks as well - see? Naming things is hard!).

As writers, one of the challenges we can come up with – or be violently ambushed by, is having to give names to things in our worlds that do not necessarily exist in IRL or that are not sustained by concepts from real life.

The classic example is what and how to call foods in a Pokémon with Trainers setting where IRL animals don't exist because Pokémon narratively take their place. Scratch the (also classic) problem of what do people eat and if they eat Pokémon; the real problem stems from having to rename foods whose origins now conflict with your world. Morlacco cheese? You'd need Morlachia to exist in your world (and you'd need Miltank be farmed for cheese). Your characters eating a sandwich? The 4th Earl of Sandwich and his Pokémon must have had a gay old time in your pre-Victorian Galar. Want to have have characters of Middle East descent? It's probably not kosher for them to go around eating Tepig meat. Your characters like to eat oysters? Well, those are animals so it better be they are eating Shellder as oysters. Oh but if they prefer something simpler and they go for a hot dog... well... where did that come from, name-wise?

But... even that is easy mode.

The real challenge is when you want to give a unique spin to PMD without assuming that such a world would have human stuff so readily available (heck, by most common fandom, it takes humans dying to even get there).

See, in PMD – or in any "verse" that is similar to PMD in that it is inhabited and ruled primarily or exclusively by Pokémon, not only would we not have IRL-esque animals (or plants, again: who knows), but we'd literally not have the thousands of years of human culture giving its particular spin on inventions and names.

If (big if) Pokémon come up on their own with the concept of a strudel, or a Caesar salad, or chicken nuggets, or lemonade, somehow getting the ingredients is only the first part of the problem. In the PMD world there was no Caesar Cardini to name such salad, nor cultural Mexican restaurant experimentation to make it famous; there were likely no German language, nor German pastry archivists to name the strudel; and there's likely no reason to shortcircuit a combo of lemon juice and sugar cane (the latter of which also requires its own industry to make so readily available) when everything else is just "Foo juice". Heck, if any name was shortened, it would probably be the foods named after the (already somewhat abbreviated) berries. Oranade for Oran berry juice, or something like that.

So, if you PMD writers are dealing with the issue of how to come up with enough non-Berry food to sustain your populations, how do you (or they) name them? It'd be interesting to see how do they manage without the large extent of human influence for naming things. Perhaps you have dishes specifically named after regions or events in your world? Like say an Apple Woods cake. Let's see them!
Venia Silente - Consulting WorldbuilderSocial·🐘ⓜ · ⓣ · Direct·
Looking for background art. 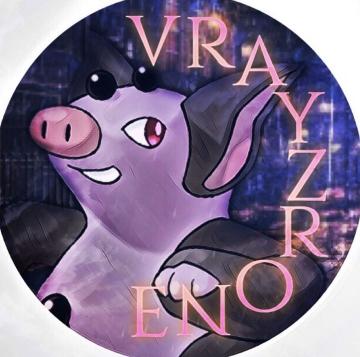 Male
As if I'd be one to say
Seen 4 Hours Ago
Posted 2 Days Ago
349 posts
2.9 Years
2
1 Week Ago at 3:23 PM
Something I've learned over the course of writing is that there's a delicate balance between "world immersion" and "language barrier" when it comes to a reader reading. As such, it can be a struggle to make a work that readers can read and understand, while also making its other world or perhaps non-human influence premise/setting be an accurate depiction. As such, I've always found it important to make sure the reader understands or at least has the tools to first and foremost, even if I don't need to go into major details about it.

For example, shameless plugin Shattered Crests has a good amount of things that can be attributed to real-world counterparts. Languages, Countries, Cities, Technology, Traditions, etc. The big staple I use is the history and lore given to this world to help explain things. Sure, they have more vegetation, but I ensure to include staples that can be used similarly to our real-world counterparts (for example like Wheat making bread). It sometimes does take me thinking things over to really assess if it's truly a good fit for the world. An example being Moo Moo milk in the third draft that will be properly patched out for local brewery berry tea, Thanks for the feedback on that.

It helps with how culturally, plenty of places have similar stuff with languages developing with how the world was rather at odds with itself over a while due to tribalism and the like. Of course, there are differences too, like everyone knowing/being taught Unown (English based on the Unown alphabet) since it's given a more mystical pokemon priority by being based on Unown, and thus would be more respected than the localized languages of other countries.

For food and drink, I'm working on simplifying it to a vegetable/wheat diet oriented around plants and other things. While it is possible to have meat and some can digest it that normally isn't an ideal approach due to well...cannibalism. Naming and selecting food choices is something I can probably think more on, but I think I have a good start with the focus on plants and wheat. If there is additional oddities needed (say milk for example) I can probably come up with a reasonable substitution like Coconut or Rice milk.


Course, even Shattered Crests has it easy. PMD the series would require a lot more processing time since the cultures aren't built up nor the mons as sentient as they are in Shattered Crests, thus whenever I start writing on that series I'll have to take into account these factors too.

This will, however, lead into my other example. (Naming things that don't exist)
Generally, the language isn't a problem since for a writer I want to make it understandable, and while I could do it through a whole "pokemon language" angle, I find it's sensible to base it on the idea that we're seeing these events play out in English, even if they're speaking something entirely different.

Other things like landmarks or concepts or theories I would have to rename as well. For example, the concept of "reincarnation" isn't something the pokemon of that world would know, thus the wording would be changed to something else or perhaps just explaining it out like, "When the former essence of someone that previously died is born again as a new being".

Still got a ways to go on a lot of this and there's probably more I could talk about, but for attempts to not make this longer than OP's start, I'll stick with this for now.