Which battle facility in the Battle Frontier demo is your favourite?

Seen 6 Hours Ago
Posted 1 Day Ago
5 posts
5 Days
2051
1 Day Ago at 6:06 PM
Originally Posted by Edith [ Original Post ]
Both are related to post-game play, if you haven't reached that point yet don't worry about it.
Okay. Thank you! 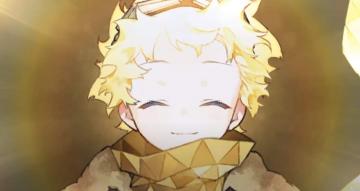 Lord of the Rings

Age 22
Male
Canada
Seen 12 Hours Ago
Posted 12 Hours Ago
287 posts
6.8 Years
2054
12 Hours Ago at 3:19 PM
Originally Posted by Caduceus [ Original Post ]
Having tools to reduce this type of grinding (like an option in the menu that turns exp gained into nothing) would be greatly apreciated.
There's an optional level cap now!

Originally Posted by thisjustin2001 [ Original Post ]
I hate to be that guy, but I'm gonna be that guy. Any ETA on the final content update for this game? I'm waiting until all the content is here before I start the game, but the wait is a little bit hard, haha.
Unfortunately, no. Only a few post-game areas are missing, though! Saves will always be compatible from this point onwards, so feel free to start it now!

Originally Posted by Phantom0270 [ Original Post ]
Is the Hoopa shiny locked?
Nope! Pokemon should never be shiny locked in the game.

Originally Posted by Cynrain [ Original Post ]
Hello, I have an issue to report. After completing the fighting gym I am finding that every single battle I enter, wild or trainer, now is effected by trick room, and displays the dimensions are twisted permanently message at the start of each battle. What can be done to fix this?
Please update your game. Once you enter and exit a battle it'll go away.

Originally Posted by champion123 [ Original Post ]
hey guys ive fouynd a glitch if u use dig in that bit on anatais sewers where u crawl your sprite is stuck as the crwaling sprite and when i went back in i was a discoloured fishing sprite and i used dig again and i was stuck like this and then i moved then my game crashed plzs fix this
Update your game and go back to the tunnel where that happened. Your sprite will be reset.

Originally Posted by GarboTheTrashCan [ Original Post ]
I think only the pokemon which dynamax in their fights don't respawn. I KO'd Magearna and it didn't show up again.
Magearna should show up again now if you defeat it.

Originally Posted by TaterHopp [ Original Post ]
How do I get mining equipment? I'm almost at seaport and I still don't have a clue where it is
Post-game.

Originally Posted by haivv [ Original Post ]
do you meet the little girl vanish at Tarmigan Town ? I don't know what mission for it ?
Nope! She doesn't do anything.

MyBoy users, if you're playing with fast-forward and your game is lagging because of it, disable the BGM from the Options Menu. I don't want to encourage removing the music as many people tirelessly poured hours and hard work into it, but I want to slap down the repeated posts I've been seeing of "MyBoy doesn't like CFRU or DS graphics". The lag is caused because MyBoy can't handle the high quality music engine while sped up, and nothing else.
Pokemon Unbound 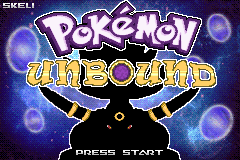