WHAT IS THE PROFESSOR OAK'S CHALLENGE?

I got my eyes on this challenge few weeks ago and was considering trying it ever since. It's not a type of challenge I would normally do, since this is more about patience than it is about the difficulty of the battles. And that's something out of my comfort zone, so why not try it?

But what is The Professor Oak's Challenge? It actually has only one simple rule: Obtain every single Pokémon available before the next Gym Badge. Sounds easy, right? Until you realize you have to get your starter to level 36 to get its final evolution. And get Pidgey to level 36 to get Pidgeot. And get Mankey to level 28 to get Primeape. And all of that before facing Brock... Yeah, that will be easy. So I added another rule - include other starters and version exclusive Pokémon to the mix.

And that's all for now. I already started my run few days ago, logging about 34 hours in total so far and almost being done with the first part. So, expect an update soon.

I started the game with Bulbasaur. For this run, I decided not to nickname my Pokémon, because it will be easier to talk about them here. I beat my Rival for some extra EXP and caught Pidgey and Rattata on Route 1. I continued my catching spree on Route 22 and got Mankey and Spearow. I actually caught one more Spearow, since it will be needed for a Farfetch'd trade later. I got Caterpie, Weedle and Pikachu in Viridian Forest. I won't be able to evolve Pikachu now, which means it's the first "finished" Pokémon.

I trained on upper side of Route 2 until my Pokémon could one-shot everything and then went to Viridian Forest. The reason I did this was to avoid getting poisoned by Weedle. First Pokémon to fully evolve was Spearow, since it knew Peck from the start and I solo the whole forest with it earlier. Weedle was the second Pokémon to evolve, while Caterpie took a while for some reason. I already got Ivysaur and Pidgeotto, when I was able to get Caterpie/Metapod to level 10. Speaking of Pidgeotto, it was one of the easiest level up. It quickly learned 4 damaging moves with a lot of PP, meaning it could stay and battle for a long time at once. Ivysaur on the other hand only knew Vine Whip and Tackle, meaning I had to go to Poké Center a lot.

Now, when I had 2 free slots on my team, I traded in Charmander and Squirtle. And since they quickly stopped obeying me, it became such a chore to level them up. They died a lot and got poisoned by Weedle all the time. Why did I decide to do this again? But in the end, I evolved them both in their final form and finished the first and the longest part... 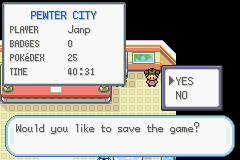 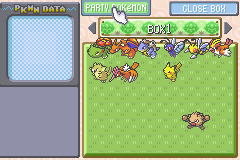