Seen 3 Days Ago
Posted 5 Days Ago
2 posts
106 Days
1279
5 Days Ago at 5:35 PM
Help me plz
To the author
Can you updated again for V.2.1 next? I was finished for a Mission, like captured all pokemon in list Pokedex, and beat a Elite four. We need like a Battle Championship in the seven Island for training my best pokemon team.
I'm so appreciate to this Rom Hack, and all of you guys as creator game GBA. I'm still waiting for new update soon. Thank you🙏🏿 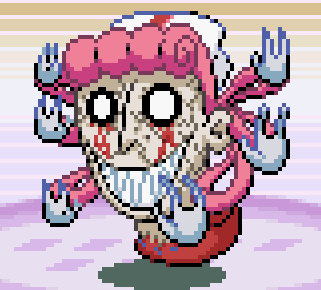 Seen 1 Day Ago
Posted 1 Day Ago
386 posts
2 Years
1280
5 Days Ago at 7:21 PM
Originally Posted by yeti789 [ Original Post ]
Rookidee is NOT avilable on route 22 at night in 2.1 like the documentation says. Where can I find him if this thing is not updated?
Rookidee is available on Route 22 at night. Keep looking, it's one of the rarer encounters. Corvisquire's on Route 9 at night I believe. 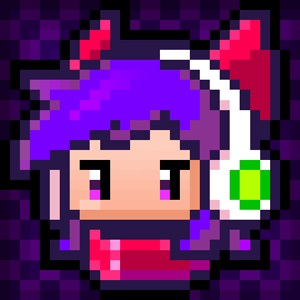 Seen 14 Hours Ago
Posted 1 Day Ago
47 posts
5 Days
1282
4 Days Ago at 10:32 PM , since edited
So far I've played through this two times and I can say that it's my favorite romhack. Strategy and teambuilding is emphasized over outlevelling the enemy and grinding is near non-exsistent. You can easily make a new team to tackle the current challenge in two hours or less.

My first run was a team with a lot of roster changes while the second was a primate run.
Spun a roullete last night and now playing through a psychic monotype 🤣.

Seen 4 Days Ago
Posted 4 Days Ago
1 posts
62 Days
1284
4 Days Ago at 11:23 AM
Hey, i would like to know if someone can help me.. i'm new to the this hack room and i'm trying to find a starly with reckless ability using dexnave, but no matter how much encounters i have i only find starly with frisk ability.. is it a bug or something? sorry if my english is not that good its not my first language

Seen 3 Days Ago
Posted 4 Days Ago
1 posts
4 Days
1285
4 Days Ago at 3:59 PM
Thanks so much for this. This was by far the best Pokemon Game I've ever played. I always enjoyed competitive Pokemon, but did get to play as much as I would've liked. I usually played on showdown, too. Having to think about move sets and EV spreads in a single player game was so refreshing and fun. And although I raged quite often (esp. Erika or Loreley), in the end I was so happy to have finally beaten it. Although I kinda feel like a cheater because of all the ubers my weak ass needed to use. So I will most likely try again with different teams. Can't wait for an update! 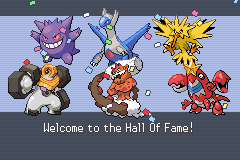 Seen 19 Hours Ago
Posted 3 Days Ago
3 posts
204 Days
1286
3 Days Ago at 2:01 AM
Do you think it's possible for you to add a difficulty toggle for the game? No, not to make it easier, but to maybe make it even harder, like an "insanity" version perhaps. While the initial impression of this hack for many was that it was the "most difficult rom hack ever", I think the consensus has shifted it to it being relatively "easy" with proper planning and can even be beaten with challenge runs like Solo-run or NFE only. While the philosophy in making this game "fair" and balanced has been extremely well done, I think the middle portion of the game can be pretty easily trivialized, and certain league members, particularly Agatha and the Champion are extremely easy.

Also, maybe nerf things like focus sashes? I do think it is pretty easy to abuse them in this game since the only trainers with hazard setters are Bruno, Lance, and the Champion, and the only one that consistently gets up rocks is Lance. Maybe make the focus sash have 50% activation only?

Online now
Posted 2 Days Ago
14 posts
269 Days
1287
3 Days Ago at 3:37 PM
Yesterday, I beat Radical Red with the hardest mono−type (unless a different type is even harder). This was the team:

U.S.A
Seen 1 Day Ago
Posted 2 Days Ago
66 posts
1.4 Years
1288
2 Days Ago at 10:52 PM
I beat Radical Red a couple nights ago, after playing it for 38 hours. Absolutely great hack. I enjoyed every minute. The Elite Four had some difficult moments- I ended up beating Lance with just my Haxorus left at 5HP! There were a lot of those really close, clutch moments in my playthrough. Can't wait for the Sevii Islands and Post-Game to be added to the hack! 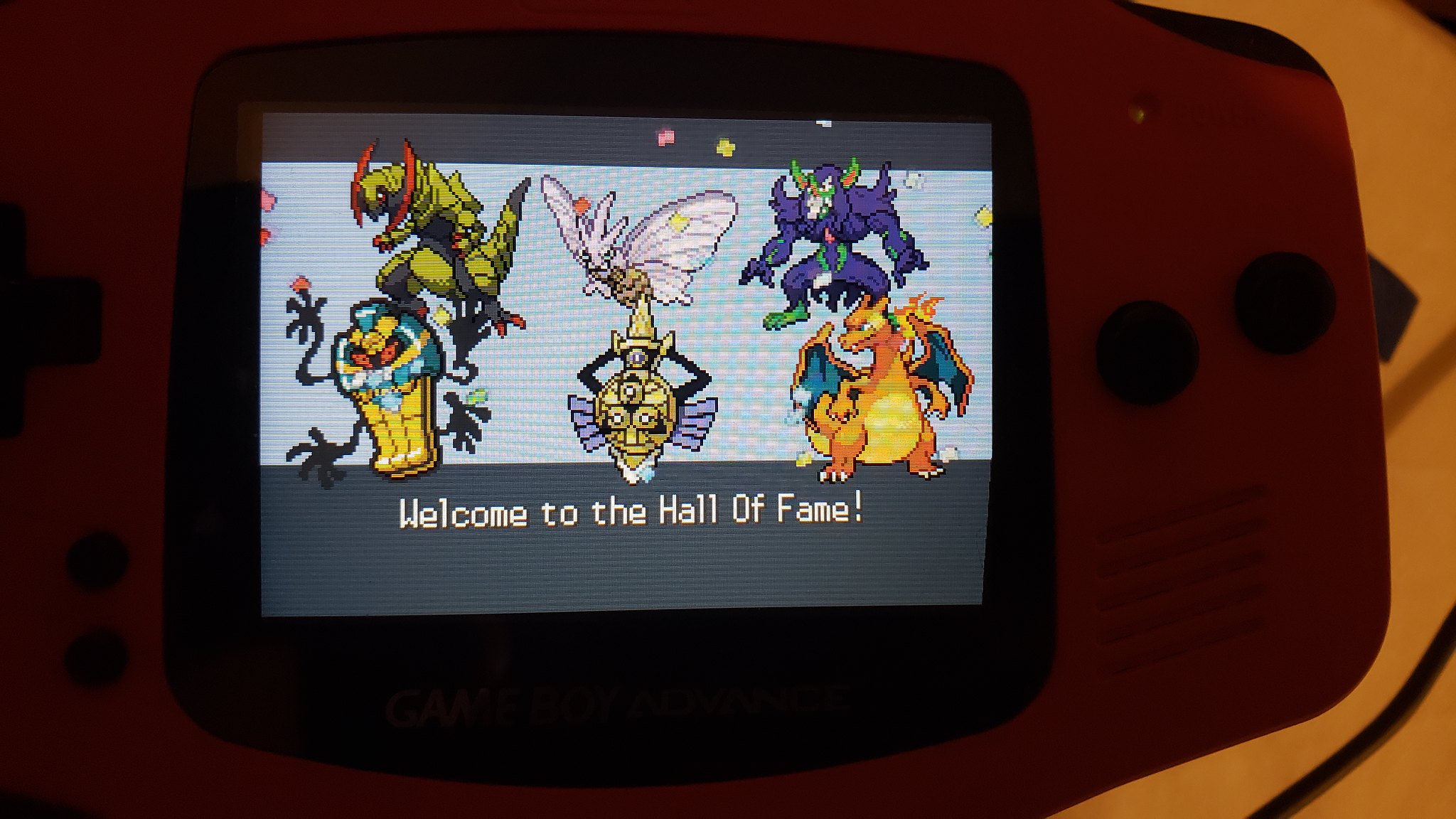 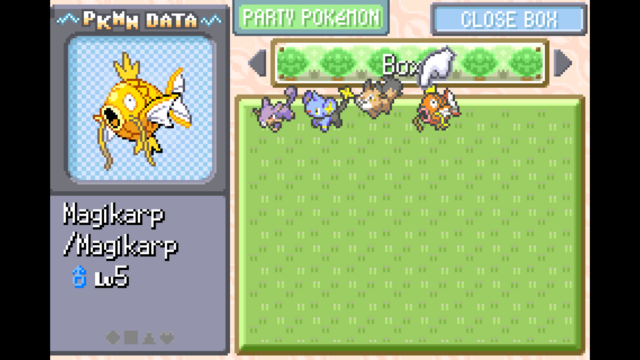 When I bought a magikarp from an old man, it turned out to be shiny. Does the game do this for everyone, or did I just get really lucky?

When I bought a magikarp from an old man, it turned out to be shiny. Does the game do this for everyone, or did I just get really lucky?
You're lucky

Male
Alabama
Seen 13 Hours Ago
Posted 2 Days Ago
333 posts
12.1 Years
1292
2 Days Ago at 2:40 PM
In regards to the Shiny Magikarp, yes that is lucky, but you can also talk to the Merchant again and spend alot of money for a guaranteed Shiny Magikarp.

I’ve made some suggestions for the game. I’ve divided them into general gameplay suggestions and mon-specific suggestions, since some mons are still pretty crappy.

1 - Make all gym leaders have 6 mons. Or at least buff misty, bugsy, whitney and brock, they are pathetic.
2 – Give us some postgame content: special boss battles such as red, Cynthia, professor oak and steven.
3 – Give us more megas. Megas are a fan favorite feature. A fairy dark mega umbreon would be the goat (I realize you may not want that, which is why I am just suggesting) =]
4 – Give random trainers eviolite (at least past misty) if their mons are not fully evolved.
5 – Make johto gym battles mandatory. My suggestion is that they appear whenever you are about to enter a gym (so that you need to beat them with the lvl restriction). Or at least fix the levels of whitney, Morty, bugsy and Chuc, cause having an overleveled team to beat them is dumb.
6 – Heck, give us gen 3 gym leaders as well.
7 – The way you can’t go to fuschia after acquiring pokeflute is dumb. Just make sure mr. fuji gives you the pokeflute only when you have beaten sabrina. Make him say “id give you this flute, but you have to beat sabrina first”.
8 – Make a built-in hard mode in which there are no revives and your mon, once fainted, can’t be healed nor used in battle in any way (not necessary, but it would be cool imo).
9 – Make fairy type mons weak against bug type mons. I mean, fairy is one of the best typings and bug is one of the worst.
10 – make sure there is a way to get bottle caps and heart scales when using the randomizer.