Him
Nowhere special
Seen 2 Hours Ago
Posted 1 Day Ago
89 posts
2.5 Years
1602
June 21st, 2022 at 6:05 PM
Originally Posted by yukeee [ Original Post ]
So, I was really enjoying the game, until I got a promotion and my sprite disappeared. I saw that this happened with others too. Is there a fix? :(
Your sprite seems to disappear and get discolored a lot in this hack. It happened to be while surfing and grinding at Route 21 (below Pallet Town).

It's just a quick and it's not currently fixable (or at least I don't think).
Grape 1.6 anyone?

It's just a quick and it's not currently fixable (or at least I don't think).
Someone said to me on discord that I just have to keep playing until I get promoted again... xD I just couldn't. It's a shame.
But apart from that the game is truly awesome. It's basically the poke hack I've always wanted haha Bad luck I guess.

Seen 3 Weeks Ago
Posted June 22nd, 2022
3 posts
141 Days
1604
June 22nd, 2022 at 3:38 PM , since edited
So iv downloaded 1636 fire red squirrels like 4 different times now, iv downloaded the patch directly from here twice. Iv used the patcher the recommend on here and it still won't go through! The numbers line up the same an everything but I don't get the green checkmark. I'm really upset cuz I had played a previous version where it stops at bill, so I'm really vested in this and just want to finish it. Any help is greatly appreciated!

EDIT: I downloaded UniPatcher from the play store and now I'm up and going! Both the raw game and the patch files were fine, but the patch website that's mentioned on this thread wouldn't work. I'm on android. So if anyone else is having issues on Android just have a clean 1636 fire red rom, download the ips from here, and get unipatcher from the play store. Move everything where it need to go and your in business.(also I play on JohnGBA)

Him
Nowhere special
Seen 2 Hours Ago
Posted 1 Day Ago
89 posts
2.5 Years
1606
June 27th, 2022 at 2:26 PM , since edited
Originally Posted by Mikealjohn [ Original Post ]
Hey so I really enjoyed your rom ran threw the entire story line up until the Pont where you challenged all the gym leaders I return to elite 4 and the girl is blocking the door and says no no no maybe later in the near future.... is that the end?
Sadly, yes.
Grape 1.6 anyone? 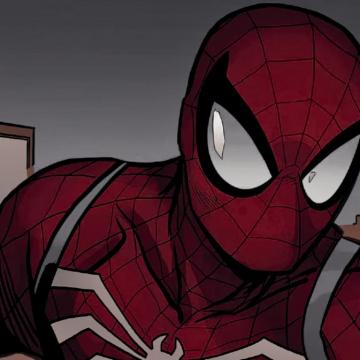 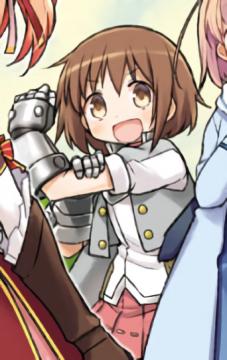 Don't believe clickbait on Youtube. There is no Johto/Postgame.

Seen 1 Day Ago
Posted 1 Day Ago
703 posts
1.8 Years
1612
3 Weeks Ago at 1:20 PM , since edited
I never thought this would happen but, for the first time in a Pokémon game, I actually enjoyed and cared about the story.

Seriously, I'm taking this game's plot as canon from now on, because not only the FRLG plot makes a lot more sense, but the absolute flat cartoonish characters from the main games also gain a lot more depth and become much more interesting. I mean, Rocket Edition made me like Blue, what on earth is this miracle?

I'm also surprised at how the writing was handled, it has depth, it's smart and has sense of humor, it tells things correctly without over explaining, and without getting ultra edgy or melodramatic.

Gameplay-wise... well, it's pretty rough and outdated in some areas (although at least it does have some Gen 4-6 moves and Gen 6 type chart), but I get that the main focus here was on the story and character building, which was done greatly.

Also liked how the ability to steal Pokémon was implemented, and how it's up to the player to go full thief or to play more nice (getting access to different rewards depending on the chosen path). Side missions were also cool (whish they were some more)... it's funny to realize as the story unfolds that Giovanni and Team Rocket are more than just the bad guys... and in fact they're actually the lesser evil.

Originally Posted by dylans555 [ Original Post ]
how do i get to the johto region/postgame stuff i saw vids of people on like the johto region in this rom hack but whenever i finish the kanto region i get sent to prison anyways
This "Rocket Edition" by Colonelsalt doesn't have Johto. You've probably seen videos from the Spanish rom hack "Team Rocket Edition" by Dragonsden.