Male
Georgia
Seen 4 Hours Ago
Posted 4 Hours Ago
66 posts
159 Days
1
April 13th, 2021 at 7:32 PM , since edited
This is the new game I want to create with a big team that has time to help me. However, I need to learn how to run Pokémon Essentials and RPG Maker XP on the current/new macOS operating system and later on either Wine or whatever is better than that. So until then, keep this as a game idea until my future notice; this is not the start of development for the fan game. Without further ado, I want to reintroduce Pokémon Arcus as a different game called Pokémon Orphan Genesis. It still carries the plot of you being a Kantonian N with Cubone as your starter and you travel all over each region from the anime with all the areas from the main series games to stop each and every antagonist team from doing their crimes for whatever purpose they have that threatens the region they are in as you join a new organization known as Team Delta. This time, you'll get to travel to Galar and take down Chairman Rose and the Macros Cosmos Company and sometimes Team Yell, leading up to the Darkest Day where you face Eternatus by yourself when adding either Zacian or Zamazenta to your team. You'll also get to play in the Isle of Armor and the Crown Tundra as part of the post game in later updates. All features from the original game will come back with some new ones and some cut out:

A new region called Eldora with new locations based on Grenada
Original new story loosely following Ash's story in the anime with all main series game locations and Orange Islands
Poke COMM with new user interface and new pause menu design
Multiple save slots
Gen 1 to Gen 8 with all regional forms and evolutions (except Hisuian forms)
Field Items to replace HMs
Updated maps of all regions based on main series games that involve remakes and sequels
Main character special ability: Pokémon speech translation during some events and side quests
Optional Pokémon League challenge to train your team in each region
New organization team: Team Delta (they own an artificial region island with new locations)in Eldora
Pokémon that evolve through trades whether they hold respective items or not can be given back by npc's for free by using a Link Switcher
Cubone starter gets buffed stats to work better in battles; however, you can use a new starter from other regions on Team Delta island from all 8 regions (optional)
Friendship meter (integrated to be shown in new user interface)
Dialogue with character portraits
Several new characters who are allies from Team Delta/rivals from main regions & enemies from Team Rocket during the story
Team Delta side quests/missions with choice system
Fast travel to any region with new vehicles
Exp. Share All
Promotion Battles: Rank up in tournaments from Rookie>Grunt>Spy>Agent>Captain>Admin>Commander>Leader
You determine the protagonist's name whether a boy or girl (no vulgar/bad names, just nicknames or real names irl)
Day and Night cycle
Field/Terrain effects in all battles
Catch Pokémon that Ash does not capture when encountering them as you meet him from time to time(recommended, but not mandatory)
Gen 4 graphics that can fit well with all regions
Familiar faces from main series games
Fan made/original remixes from all Pokémon themes
PC Box machines located in several routes on each region
Mega Evolution, Z-moves, and Dynamaxing/Gigantamaxing
*This game may include a darker part of the main story*
Your Cubone Starter may get a Bond Phenomenon evolution for battles 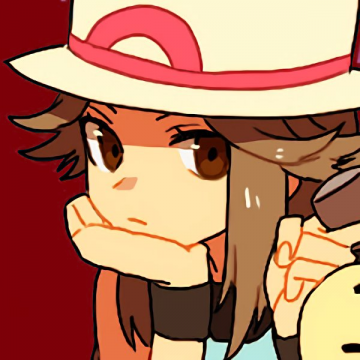 Seen August 3rd, 2021
Posted June 25th, 2021
70 posts
177 Days
2
April 14th, 2021 at 12:52 AM
I need to learn how to run Pokémon Essentials and RPG Maker XP on the current/new macOS operating system and later on either Wine or whatever is better than that
Just install windows on your Mac. Could even erase iOS completely and just only have windows. As Mac are just computer after all. (Can always revive back to iOS, since all Mac starts from that if doing hard reboot)

Don't need to use 'bootcamp'. If would like to keep both iOS and Windows and switch back and forth, then 'maybe' bootcamp. Maybe, as I find booting back and forth to be easier than bootcamp. (when I did still used iOS)
Within 'bootcamp' are a set of drivers that makes windows work with Apple Keyboard for example. Those are good, extract those, but the rest of bootcamp, it's a mess per se.

I've had the Mac I'm using for more than a decade. The first few years of those were 'bootcamp' years. The rest is pure windows. It's just my preference.
JulyArtDa

Male
Georgia
Seen 4 Hours Ago
Posted 4 Hours Ago
66 posts
159 Days
3
April 14th, 2021 at 4:49 PM
There is something called Parallels for mac that installs windows 10 after I did some research. Thanks for letting me know what to do. I'll put this advice to good use. 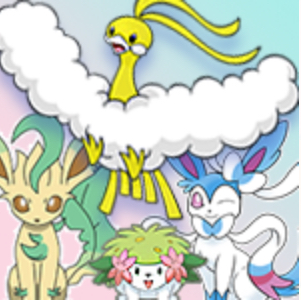 Male
Georgia
Seen 4 Hours Ago
Posted 4 Hours Ago
66 posts
159 Days
5
June 20th, 2021 at 5:40 AM
I keep seeing another Pokemon fan game with Delta in its name. I am going to have to change my game title to Orphan Genesis from now on but im not sure since the name itself is patent pending.

Male
Georgia
Seen 4 Hours Ago
Posted 4 Hours Ago
66 posts
159 Days
6
July 20th, 2021 at 4:38 PM
I will try to start development for Pokemon Orphan Genesis soon this week after I download Parallels once I have enough money for it. This does mean I am using a new computer and am now testing it out.

Male
Georgia
Seen 4 Hours Ago
Posted 4 Hours Ago
66 posts
159 Days
7
July 22nd, 2021 at 9:18 AM
Unable to use Parallels due to this computer of mine not being Intel-based for virtual machine arm chip or other reasons. I already have gotten a refund and removed it from my computer. There must be another way for me to make my fan game. I am open to any and all suggestions because Wine doesn't appear to be in the App Store on my Mac computer.

Male
Georgia
Seen 4 Hours Ago
Posted 4 Hours Ago
66 posts
159 Days
8
4 Weeks Ago at 1:25 PM
Never mind. It only works on 32-bit OS for Windows 10 Pro when using Parallels. I only have 64-bit Windows OS. Any way I can run RPG Maker XP on Mac using anything related to Wine program?

Male
Georgia
Seen 4 Hours Ago
Posted 4 Hours Ago
66 posts
159 Days
9
2 Weeks Ago at 4:01 PM , since edited
Finally got someone to commission a male and female protagonist for my fan game. Here is the boy you may have to copy and paste the URL into a new window on your browser. This is from Tangocoyo on Twitter. file:///var/folders/4x/g2j679j52rlbzgzk9fsg2g1c0000gn/T/com.apple.Safari/WebKitDropDestination-ytggcFEk/twitter_t8_Bamib.jpg

Male
Georgia
Seen 4 Hours Ago
Posted 4 Hours Ago
66 posts
159 Days
10
2 Weeks Ago at 10:01 AM
Working on the story with a new writer, but I could really use more help in everything else.

Male
Georgia
Seen 4 Hours Ago
Posted 4 Hours Ago
66 posts
159 Days
12
6 Days Ago at 5:32 PM
Planning on getting an older laptop with windows 10 32 bit OS in order to create my fan game because my current computer from Apple did not come with BootCamp. I will let you all know when that happens so that I can get started on production.

Male
Georgia
Seen 4 Hours Ago
Posted 4 Hours Ago
66 posts
159 Days
13
4 Hours Ago at 3:34 PM
I now have a few writers with me and we are changing the plot of the game to plague doctors describing how Pokemon are monsters and humans should stay away from them or the like.