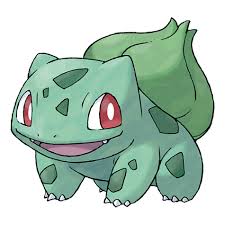 Thing that I purchased that haven't received yet:

Thanks for the advice everybody! I am almost there!

Male
Seen April 1st, 2020
Posted March 26th, 2020
22 posts
298 Days
27
March 26th, 2020 at 1:16 PM
Yeah, I've postponed the making of the deck for now. I forgot a bunch of cards here and there, and I definitely can't keep up with anybody nowadays. Sometimes I forget how much Pokemon has changed. I could deal with EXs very well when they came out, using the Team Plasma cards, but now I can't keep up. There isn't a way for me to catch up easily either. I don't think I would even be able to go to a casual club without getting bodied. The way I play is too outdated. The last time I played somebody was 2 or 3 years ago. I can't wrap my head around these rising power levels. I'm stuck wanting to go bigger, but not having the skill to. This'll be put away for now. The same situation is happening to me in every other field of interest. Everybody's too good, and I can't catch up. I'm a joke at everything. I play too sentimentally. I believe too much in the miracles that can happen, but they aren't coming when I'm facing overwhelming power. I have no idea what to do with my cards besides let them collect dust and stare at them for a bit before putting them away. I don't want to grow away from Pokemon, but I feel like I'm being forced away by the harsh reality that I'll probably never succeed in the TCG or games. It was all fun and games when I first got my Ember Spark theme deck and Entei tin. Now it isn't fun. There's no joy, or anything in the franchise. I'm trying to complete the Pokedex in X and Y, but now it seems tiring, with no more motivation behind it. I'll come back later at some point. Thanks for the help guys!