The Nuzlocke Challenge in Pokémon Sapphire

Let's continue with my Hardcore Nuzlocke series with Hoenn.

There is the holy trinity:And I'll also be using few more rules:

My ID ends with 7, so I can finally get non-Fire-type starter. I named my Mudkip Macek and finished the short tutorial.

After that I filled my team with Cica the Zigzagoon, Hafik the Poochyena, Maka the Ralts (which I'm extremally glad, since it's rare encounter), Prekvapko the Wurmple and Ziv the Slakoth.

Prekvapko evolved twice while grinding to be on par with Roxanne and is now powerful Dustox. I like Dustox more than Beautifly, but I also used it so many times that I wouldn't mind Beautifly.

It was pretty easy to get Rustboro City and beat Roxanne with just Macek. He evolved after beating her Nosepass. I then went and got Letacka the Taillow and Festak the Whismur on Route 116 and Rusturf Tunnel. That's a lot of Pokémon for only 1 badge.

I got to Dewford Town quickly and solo'd Brawly with Letacka.

So far, it's really easy and I barely had to think about my strategy. But I have a really bad feeling Wattson might be the turning point, especially if I lose Macek accidentally to some random trainer.

he, they
Ultra Space
Seen 1 Day Ago
Posted 1 Day Ago
684 posts
65 Days
2
4 Weeks Ago at 6:17 AM
Wattson is usually the crucible in RSE runs. Magneton - specially before the Gen VI steel type nerf - is a pain to deal with since it resists pretty much everything.

Probably late but if you have a level 10 Pokémon - say, get a Magikarp with an old rod somewhere - you can force a Makuhita encounter in Granite Cave 1F / Steven's Room by using Repels.

And if you have a level 10 Pokémon, you can do the same trick to force Aron, Makuhita or Sableye in B1F.

The One and Only

Age 15
He/Him
India
Seen 12 Hours Ago
Posted 13 Hours Ago
1,259 posts
35 Days
3
4 Weeks Ago at 6:40 AM
Nice looking team so far! Also one question, where did you find the sprites that you used? When I search for sprites, I usually end up getting 3D sprites. 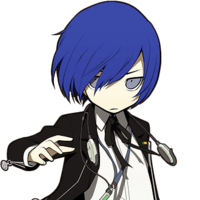 Age 24
They/Them
Czech Republic
Seen 6 Hours Ago
Posted 11 Hours Ago
4,391 posts
7.8 Years
4
4 Weeks Ago at 8:47 AM
Originally Posted by von Sternen [ Original Post ]
Wattson is usually the crucible in RSE runs. Magneton - specially before the Gen VI steel type nerf - is a pain to deal with since it resists pretty much everything.

Probably late but if you have a level 10 Pokémon - say, get a Magikarp with an old rod somewhere - you can force a Makuhita encounter in Granite Cave 1F / Steven's Room by using Repels.

And if you have a level 10 Pokémon, you can do the same trick to force Aron, Makuhita or Sableye in B1F.
I forgot about this trick. Thanks for reminding me.

Originally Posted by PokeGuy1238 [ Original Post ]
Nice looking team so far! Also one question, where did you find the sprites that you used? When I search for sprites, I usually end up getting 3D sprites.
I usually use pokemondb sprites library. You can find sprites from all main games in there, but the only downside is that 3D sprites aren't animated. Pokémon Showdown also has pretty nice sprite library with 3D sprites animated, but it can be hard to find a sprite you're looking for in all those folders.

Anyway, it's time to continue...


The Nuzlocke Challenge in Pokémon Sapphire

The whole run was going smoothly all the way to the Wattson. I got Brm the Plusle on Route 110 and evolved Hafik.

But then... I challenged a random trainer in Wattson's gym. They used Meditite and I started with Hafik. I wasn't really paying attention, but I think it used Bide and I wasn't able to beat it in 2 turns, which meant Meditite could unleash devastating attack. Wattson's Gym is cursed. I can't remember a run where I didn't lose a Pokémon here.

I had to train more before challenging Wattson, which resulted in Ziv, Letacka and Maka evolving. I put Brm on team just because I think Electric-type will be do fine later in the game.

I lead with Macek. Wattson's Magnemite was faster and hit Macek with Sonicboom. I forgot about this annoying move. Macek could survive 4 at this point in the game, which isn't much. But Mud Shot landed and beat Magnemite. Wattson's next Pokémon was Voltorb and it was once again faster than Macek, hitting it with Rollout, but fainting after another Mud Shot. Wattson's final Pokémon was Magneton and it was able to hit Macek with Sonicboom, while also dodging Mud Shot. It took another turn of Sonicboom and Mud Shot to finish the battle.

So Wattson was easier than I was expecting, but it was mostly because of Mudkip line being OP.

Moving on, I got Kraska the Roselia on Route 117, Ostrovka the Numel on Route 112, Mlaticka the Machop in Fiery Path, Tocak the Spinda on Route 113 and Tanca the Lotad on Route 114. I decided to switch up my team a little bit and put Ostrovka and Mlaticke instead of Prekvapko and Brm, who I didn't really use in the end.

After a short grinding session I got Mesicnik the Lunatone, I challenged Archie and barely beat it. I used Mlaticka to fight his Mightyena, but he was able to land flinch several times. In the end Mlaticka ended up in red HP and barely beat Mightyena. I had to switch to Macek to fight Golbat and once again only barely beat it. I sent in Letacka against Sharpedo and was lucky enought for it to use Focus Energy and miss one Scary Face, while Letacka used Focus Energy on her own and landed a critical Wing Attack.

I skipped Jagged Pass, since I run out of Poké Balls earlier and forgot to buy them. Flannery battle was easy. I used Ostrovka and was lucky with Magnitude rolls and critical hits (and were boosted by Focus Energy) and beat her Pokémon quickly. I even got Magnitude 10 on Torkoal.

I got rewarded with Dracik the Trapinch on Route 111. I put it in the box for now, but if Ostrovka dies, Dracik will replace her.

There isn't really anything to go between Flannery and Norman, so I went straight to battle him. While clearing his Gym, Mlaticka evolved into Machoke and I evolved it again to Machamp. So I had pretty nice team to take on Norman. I had Mlaticka to deal damage, Ziv to put everything to sleep and Letacka and Maka to spam Double Team in case everything else fails.

The battle itself was once again pretty close. Mlaticka was left in red HP after first Slaking, so I had to switch to Macek to fight Vigoroth and barely beat it. I had to switch to Ziv on final Slaking to put it to sleep, since Mlaticka was the only one who could take it down, but since he was low on HP, I couldn't risk switching in a Facade. After a turn of healing via Slack Off, Mlaticka came in and quickly beat the final Slaking.

The Nuzlocke Challenge in Pokémon Sapphire

I got to the Route 118 and killed my encounter there, but got Plevelice the Oddish on Route 119.

I quickly beat Team Aqua in Weather Institute and beat May using Mlaticka and Letacka. I reached Fortree City got Menicka the Kecleon as my encounter.

Fortree Gym was hard. I went in underleveled and lost Letacka to a random trainer's Pelipper. After a short grinding session, where I leveled up Brm as a new team member and where Maka and Ostrovka evolved, I challenged Winona.

Ostrovka learned Rock Slide, so I had at least some kind of coverage against Winona's Flying-type, in case Brm dies. Speaking of Brm, I went back to Mauville and got Thunderbolt TM from Game Corner. And I also got Ice Beam TM for Macek while I was there. Now, for the battle... Brm took down Winona's Swellow with one Thunderbolt. I then stayed in, when she sent out Altaria. I was hoping for a paralyzation from Thunderbolt, but I wasn't lucky enough to land it. Altaria boosted itself with Dragon Dance. That was a sign for me to switch to Macek. He tanked two Earthquakes and beat Altaria with Ice Beam. Going back to Brm for Pelipper and Skarmory, I quickly finished the battle with two Thunderbolts.

So it went a lot better that I expected. I caught Panenka the Shuppet on Route 121, Ptak the Wingull on Route 122 and Liska the Vulpix on Mt. Pyre. I easily cleared Team Aqua's quest and was ready to challenge Mossdeep Gym. While climbing it, Macek and Ziv evolved. That was great, since my plan was using those two anyway. Ziv now could oneshot anything with no resistance and Macek's Surf was only super-effective move I had against the sun and moon duo. The battle itself was long. So long that everyone fell asleep. Ziv's Yawn put Solrock and Lunatone to sleep, while they countered with Hypnosis. But Surf slowly burned them down after a while.

I easily finished another part of Team Aqua quest and got all the way to Wallace. I had to skip all the trainers in the Gym and around Sootopolis City, because I hit level cap with my whole team before facing Kyogre. Brm ended up in red Hp while fighting Luvdisc, so I had to rely on other Pokémon to take down Wallace. But the combination of Ziv's Yawn, Brm's Thunder Wave (that he was able to land on Milotic, when I predicted Recover) and everyone's powerful attacks were able to take down Milotic and rest of Wallace's team.

I decided to grind before tackling Victory Road and Elite Four. I trained all my Pokémon to level 54 and then traveled all around Hoenn to get held items for them.

Sidney was surprisingly easy. Mlaticka solo'd him whole, even with confusion from Swagger.

Phoebe could really shake my team up, but I found out really great strategy - I switched in Ziv, who was immune to Ghost-type attacks and used Swagger. If the opponent hit itself, it lost about 1/3 of HP. And since Ziv could heal with Slack Off, those pesky ghosts couldn't even dream about getting past Ziv.

For Glacia, I went with Mlaticka again. I set up Focus Energy and cleared her whole team except for Walrein. I had to switch to Ziv and use similar strategy like before, but it didn't work that well and I had to do a risky switch to Ostrovak and then to Brm, who was lucky enough to beat Walrein with single Thunderbolt.

There isn't really much to say about Drake battle. Macek solo'd his whole team thanks to boosted Ice Beam.

Steven's battle was more interesting. I started with Ostrovak and beat Skarmory with Flamethrower, but not before being inflicted with badly poison. Ostrovak was able to also beat Aggron, but ended up with 1 HP, which made him unavailable for the rest of the battle. That was bad, since my plan was to use him against Metagross. I switched to Ziv to fight both Cradily and Armaldo and even use Yawn on Metagross. I then switched in Macek and finished Metagross and Claydol. 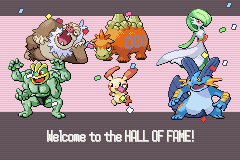 So, this was pretty cool run. I was finally able to use Slaking in Nuzlocke and it went a lot better than I expected. He was true MVP of this run. I also didn't really use Gardevoir as much as I thought I would. I'm satisfied with this run.