She/Her
Australia
Online now
Posted 13 Minutes Ago
36,877 posts
15.7 Years
1
2 Weeks Ago at 8:12 PM
There are quite a few pseudo legendaries in the series! Some have really good designs and are popular among fans for being both cool and strong.

Any pronoun
Online now
Posted 4 Hours Ago
6,026 posts
1.4 Years
2
2 Weeks Ago at 9:03 PM
Goes with Hydreigon. Put an interesting enough spin on a hydra. Describes it as a much fiercer appearance than most Pokemon. Appreciates it on that sort of variety.

Feels overexposed on Generations 1-4's pseudo-legendaries still. Extends to Dragapult as well, for the time being. May become the favorite in time.

Age 20
he/they
Kara's Flowers
Seen 1 Week Ago
Posted 1 Week Ago
5,063 posts
10.7 Years
3
2 Weeks Ago at 12:13 AM
Easily Metagross, especially because it's quite distinct compared to the more saurian pseudo-legendaries. I kinda like a Pokémon with an abstract design, too: like, what exactly is Metagross, and how did they come up with this thing? It's got a strong impression on me.

Love me some T-Tar too.

Age 27
Any pronouns
Argentina
Seen 1 Hour Ago
Posted 1 Hour Ago
854 posts
197 Days
8
2 Weeks Ago at 4:23 PM
Three possible contenders:
-Dragonite, for being the cutest fully-evolved Dragon-type as well as a force to be reckoned with (and bonus, Lance's signature Pokémon!)
-Dragapult, for being part Ghost and for the fact it fights side by side with its pre-evolution,
-Metagross, as said above, for being distinct from other pseudos by being an awesome robot rather than a Kaiju or a dragon.

Still deciding on a single favourite, but have those three for now. :D

he, they
Seen 1 Hour Ago
Posted 4 Hours Ago
4,606 posts
1.5 Years
9
2 Weeks Ago at 4:34 PM
Probably Metagross, I like the super computer vibe.
mod of Pokémon Gaming Central and Pokémon General
vpp | hall of fame 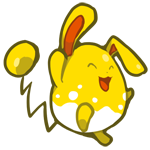 The Ruins of Alph
Seen 2 Days Ago
Posted 2 Weeks Ago
8,550 posts
12.6 Years
10
2 Weeks Ago at 7:11 PM
Hydreigon is definitely my favorite, though I gained a greater appreciation for Goodra after playing Legends Arceus. I like Kommo-o and its scaly armor design too, but I've never actually used one in the games, so it's hard for me to rate it as one of my favorites.

Castelia City
Seen 48 Minutes Ago
Posted 21 Hours Ago
153 posts
189 Days
11
2 Weeks Ago at 5:26 PM
My favorite pseudo-legendary is Haxorus. I've had one on my team since Pokémon Black and White and never looked back, even until this day. My other extremely close favorite is Garchomp, which is great because it helped me win several of my ranked battles. There isn't a pseudo-legendary Pokémon that I don't like though, except for maybe Slaking because of its horrible ability. Other than that, they all have their charms.