Age 24
he/him
Milaturia.
Seen 13 Hours Ago
Posted 14 Hours Ago
6,261 posts
12.2 Years
1
2 Weeks Ago at 2:54 PM
Have you ever noticed how a lot of the themes in Kanto are shared with eachother? There's barely any unique themes. A lot of cities and towns have the same musical scores/tracks. I think only Pallet Town and Cinnabar Island have unique themes not used anywhere else. Even routes and caves are pretty much the same, with only I think route 1 not being shared with anything else.

Well, I guess since gen i was on the game boy they had a limited amount of spaced, but I don't know, did anyone notice this? It's not a problem, I don't care, but it got me to thinking "wow generation I REALLY was limited!" It's not just music from towns/cities, it's cries, too. A lot of cries in gen i were just the same but pitched differently. Like Ditto and Goldeen, for example.

Seen 7 Hours Ago
Posted 7 Hours Ago
106 posts
67 Days
2
2 Weeks Ago at 3:57 PM
Its less of a space issue (ideally) and more of a team issue. Gen 1 was made with a very small crew. They believed there was a space issue due to the small number of them inexperienced with compression.

Age 31
She/Her
Seen 1 Hour Ago
Posted 4 Hours Ago
4,909 posts
8.2 Years
3
2 Weeks Ago at 9:18 PM
I knew there were a lot of cries that were the same but differently pitched. As for what little there is in terms of music: that's pretty common. At least for the early eras a lot of games didn't come with a lot of tracks. So it's easy to overlook. It's just easier to notice nowadays because they've improved a lot both in terms of music and overall quality.

Seen 7 Hours Ago
Posted 7 Hours Ago
106 posts
67 Days
4
2 Weeks Ago at 5:13 AM
Another thing that comes to many gen 1 aspects and not just the music, is that the game experience and philosophy of Game Freak was well behind other gameboy RPGs. Just listen to the music of Zelda GB games vs Pokemon. The project Game Freak worked on before this was Mendel Palace which was a single screen game which was reminiscent of Arcade games from the early 80s.

There is a famous story from Gen 2 where they didn't believe they could fit Pokemon Gold and Silver on a GBC cartridge, and they sent over from experts from Nintendo proper and shrunk down the game size by a fraction.

she/her
Online now
Posted 5 Minutes Ago
31,745 posts
14.5 Years
5
2 Weeks Ago at 12:55 AM
I do notice that compared to main series games now, yeah, since we have so many unique tracks in the modern games. Agree with Megan about noticing the cries too, some are so incredibly similar, like Ditto and Poliwag!
art blog | art thread | vpp | mal | ffxiv
♡ sheep x bobandbill 5ever ♡

Age 24
he/him
Milaturia.
Seen 13 Hours Ago
Posted 14 Hours Ago
6,261 posts
12.2 Years
6
1 Week Ago at 11:07 AM
Originally Posted by Sheep [ Original Post ]
I do notice that compared to main series games now, yeah, since we have so many unique tracks in the modern games. Agree with Megan about noticing the cries too, some are so incredibly similar, like Ditto and Poliwag!
Here's a fun fact about generation one, only 37 Pokemon of the original 151 had unique cries. That's less than half of them.

There's an interesting video on youtube that explains old Pokemon cries in a visualized graph, but I'm not gonna link it.

Come to think of it, though, it took a really long time for cries to even get updated in Pokemon, didn't it?

Also, something else I noticed is that sound effects were also few and far in between in generation I battles, but that's to be expected when game boys can't produced a whole ton of unique sounds.

It's never been an issue for me that music is re-used on several routes and in several towns in the first games :) It's just a product of its time and all these songs are iconic now anyways!
▲ ▲ ▲ ▲ ★

Age 28
they
now
Seen 2 Days Ago
Posted 3 Days Ago
21 posts
18 Days
8
1 Week Ago at 6:57 PM
The development of Pokemon Red and Green were notoriously cramped, it's amazing it reached production at all. So, they probably repeated songs since many games already have a "town" song for many of the same towns anyways. There is much more song diversity in GSC where the regional locale was a lot more important to the worldbuilding of the games, and they also had more resources.

Age 18
Female
kalos
Online now
Posted 11 Hours Ago
378 posts
22 Days
9
1 Week Ago at 10:06 AM
i think that was because there was too much stuff in the game so they had to delete some music tracks if they wanted to keep most of the stuff in
VPP:
flabébé

Age 28
they/he
Georgia
Seen 1 Day Ago
Posted 1 Day Ago
33,192 posts
13.1 Years
10
1 Week Ago at 9:36 AM
honestly i think the gen 1 soundtrack is rly good even with the limitations on how many tracks there are in the game so it doesn't really bother me. it kind of helps tracks be more memorable anyway, bc you're hearing them more often, but not so often that it gets annoying ig.
justice? righteous? keep that muk to yourselves!
twitter | twitch 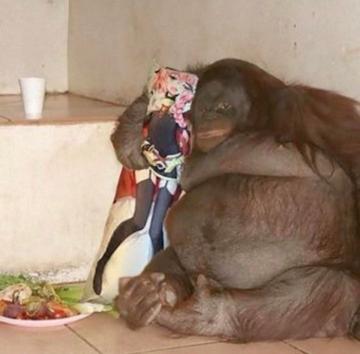 Refer as I am cis
San Miguel,California
Seen 9 Hours Ago
Posted 3 Days Ago
13 posts
4 Days
11
4 Days Ago at 7:16 PM
Looking at a direct rip it isn’t 100% storage issues on the cartridge it probably doesn’t have to do with storage (they compressed a 1,028~KB raw rom onto a 8MB cartridge (as of GBC)) so it must have to do with limitations of how expensive music is versus the budget to make the original games as they were sticking out a arm and leg already trying to make Gen 1 release date deadlines and budget , current indie games highest costs of production can be on the graphics (limited then) and in game audio I bet you it’s the part of composing all the music recording and putting it into the final game to function as it’s supposed to in the sections it belongs to, that’s why when you get onto a bike even in Pokémon X it plays lumiose city music outside of lumiose city due to how they setup the music to play