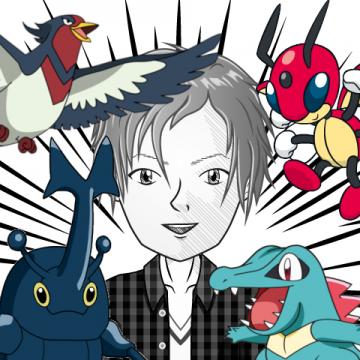 Seen 3 Weeks Ago
Posted 3 Weeks Ago
5 posts
26 Days
1
3 Weeks Ago at 8:31 PM
A simple question. Which pokemon do you feel deserves increased stats? I immediately think of two pokemon.

Ledian: So this is more of a wish rather than a pokemon that actually deserves a stat buff but I have always thought that Ledian looks sort of like a little superhero, but its stat total at 390 is almost disrespectful. Surely with four punching fists it deserves an attack stat higher than 35.

Anyways, that was the two pokemon that came to my mind. What are your suggestions?

- Delibird: Better with base 55 attack and 65 Special Attack. Maxes out at base 75 Speed. Please explain why its best stat is worse than several Pokemons' worst stat. (Example: Hydreigon, with its worst stats in defenses at 90.)

- Spinda: Gave it base 60 stats across the board. Almost loses to Zweilous (Hydreigon's previous evolution), if not for base 58 Speed. Pays too high a cost for Contrary...or something.

- Kricketune: Enters less awful territory here. Fails to stand out from other bug types. Points to Scyther as being straight better and also having Technician.

- Dustox: Another bad bug. How is it supposed to do anything with base 50 Attack and Special Attack?

- Delcatty: Really likes its design. Learns several good offensive moves. Notes Baton Pass, Wish, Cosmic Power, and Calm Mind on it also. Fails to capitalize on them with base 65 physical stats and 55 special stats. Rewards Delcatty far too little with its Normalize ability too.

- Several non-Mega forms, such as Mawile, Sableye, and Beedrill. Should not have to rely on Mega evolutions to be viable.

- Wigglytuff: Pulls for this one personally. Comes close to being decent. Improved in X/Y. Gave it Competitive and +10 base Special Attack. Struggles to get going with its awful speed and defenses. Compromises its massive hitpoints.
Game Journal thread.

Female
In the treasure trove
Seen 2 Hours Ago
Posted 17 Hours Ago
1,634 posts
6.8 Years
Moderator Post
3
3 Weeks Ago at 11:06 PM
Originally Posted by Poketypes [ Original Post ]
snip
Welcome to the forums! Since your topic is about discussing stats, I've moved it to Pokemon Gaming Central. :]

actually may i direct your attention to pokemon polished crystal? it's a rom hack that did give ledian and a few others some very much needed stat buffs. i think ledian's attack is like base 95 in that hack? i didn't get a chance to use it yet, but just something for you to consider if you would like to use him as a superhero. <3
justice? righteous? keep that muk to yourselves!
twitter | twitch

she/her
Online now
Posted 48 Minutes Ago
32,000 posts
14.6 Years
10
2 Weeks Ago at 1:03 AM
Originally Posted by Bellsprout [ Original Post ]
Off the top of my head I really wish Jumpluff would get a boost
Yeah.. when I was like 9 I trained one in Crystal and it was so horrendously awful. Still, I was so excited to use it since it was adorable, but gosh was it suffering.