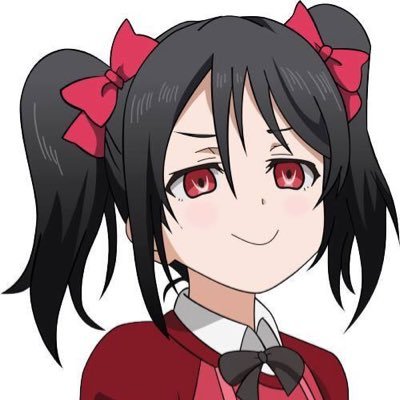 Getting Started, Guides, and Terminology

This thread contains a few guides related to the Pokémon Trading Card Game as well as a listing of terms used. To access any of the guides, please either use the floating box at the top right of the page or the links below to jump to the post for that guide guide. If you have any questions or if you would like to submit a guide, please PM me.

How to Spot Fakes

Special feature: How to Play the Pokémon TCG in 2500 Words or Less!

In this post is a list of both common and uncommon terminology used in the Pokémon Trading Card Game as well as terms used when talking about the Pokémon Trading Card Game. If you have any words or terms you would like to submit a definition for, please PM me with the word and its definition. Please note that some of these terms may be region-specific.

Active Pokemon: The Pokemon you are using to attack or take damage.

Catcher/Catchered: Short for the use of a "Pokemon Catcher" card.
Example: "I drew a catcher and decided to catcher out his Mewtwo EX for the revenge KO !"

Counter: A card which can be used to deal with a threat, strategically - i.e for deck building purposes.
Example: In general Terrakion NVI counters Darkrai EX.

DCE: This an abbreviation for "Double Colorless Energy".

Deck out: When you or your opponent have no cards left to draw from your deck.
Examples: "I decked out my opponent using Devour with Durrant!"

Donk: Your active Pokemon gets a knock out on the first turn on the Defending Pokemon and they have no Pokemon left on the bench. (Getting Donk-ed or Getting a Donk.)

Failed search: When someone plays a search card and does not search anything out. Can be done with or without intention.

Jank: An opinionated term used to describe card(s) that are considered worthless and not worthy of current tournament play.

Meta or Meta-game: A term used to describe what cards are recently being played in current tournaments.

Mill or Milling: A term which originated from MTG (Magic the Gathering) of sending cards from your opponents deck or your deck to the graveyard.
Example: "I had 4 Durant in play and used the attack 'Devour' to mill 4 cards from my opponent's deck to the discard pile."

Modified Format: When certain sets are restricted from play due to rotation or through an agreement with said players choice.
Examples: "No Base Set cards allowed"
"Black and White on wards format"

Mulligan: When you draw 7 cards and draw no basic Pokemon in your opening hand.

Net-decking: A term used to describe copying and building a deck exactly card for card from a deck list source.

OHKO: One Hit Knock Out

Opening Hand: The first 7 cards you draw to start the game!

Out: A card which can be used to deal with a threat, tactically - i.e when you are playing against someone, so dependent on the situation.
Example: Terrakion is an out to Darkrai EX but if Darkrai EX holds Eviolite, then Terrakion EX is no longer an out.

Pre-release: An event organised by Play!Pokemon which allows you to open booster packs and play a special event which involves using cards from the next set to be released, exclusively held within the 3 weeks leading up to a set's official release.

Pulling: A term used to describe when you open a booster pack.
"I just pulled a Mewtwo EX from a next destinies pack!"

Revenge: To knock out an opponent's Pokemon after you lost a Pokemon to a Knock out yourself.

Scrub: A term which is very general to describe "a bad player" or not making the top cut of a tournament(s). *Moderator note: usually only used by snobby players. Not making Top-Cut does not automatically make you a bad player.

TCG: This is a common abbreviation for "Trading Card Game". - submitted by Renpuu

Tech: A single copy of a card which is down to the personal preference of the player.
"I run a tech copy of 'Tool Scrapper' as I can search it out with Skyla if I need it."

Top deck: A term used to describe when a player is drawing the card(s) he needs.
Example:"I only had 1 card in hand and then I top decked the Professor Juniper ! Yes ! A fresh hand of 7 cards!"
"I top decked the Pokemon Catcher to catcher out his damaged EX to take my last 2 prizes for game!"

Tournament Format: The sets which are allowed to be used in tournaments due to rotations.

Unlimited Format: When you can play ALL cards printed in a particular deck.

Wiff/Wiffing: A term used to describe when you play a card and it does not go your way.
Examples: "I got a tails on a crushing hammer and I needed that to by time and prevent my opponent from attacking!"
"I got tails on a Super Scoop up! Now I'm stuck with this Pokemon in my Active position"
"I played a Professor Juniper to draw a fresh hand of 7 cards, but I did not draw the Double Colorless energy I needed for my Mewtwo EX to attack that turn!"

Definitions submitted by renpuu, overlord drakow and donavannj. To get your definition included in this list, PM me. back to top of glossary
whoops

Hello, and welcome to the World of Pokémon! I'm here as your guide to show you how to play the Pokémon Trading Card Game!

How Can I Learn to Play?

There are many ways to learn to play. In the past, many theme decks come with a rulebook inside the box, but nowadays that is simply not the case. I present to you a few of the easiest ways to learn:

1. The Tutorials Page at Pokemon.com. These go through all the basics in 12 tutorials, but they're targeted at children and can cut corners on explaining things.

2. Go out and buy a Trainer Kit. The most recent one is the XY Trainer Kit, which goes over the basics quite well and holds your hand through several turns of playing the game. This works best in combo with choice number 3.

3. Lastly, and probably the best available currently, is to buy one of the three XY Kalos Starter Sets, which have a basic overview of the rules on the backsides of the paper playmats that are included inside them, as well as overviews of the recent rule changes that have been made. This works very well when combined with buying a Trainer Kit deck.

When playing, can I mix sets, boosters, and decks? Or can I only use cards from a specific deck/booster/set to play?
This question has a simple yet complex answer. The short answer is yes, you can mix cards from any booster pack, set, or deck. The long answer is a "yes, but..." type answer, which I will explain in the next few sentences. For play among friends, you can mix together cards from any booster pack, set, or deck to create a new deck as long as both players agree to the sets allowed for use and both players agree on a rule regarding cards in languages one or both players do not speak. For casual play, it's common courtesy to use cards in a language you both speak. As for official tournament play, there's a list of sets you're restricted to for use, and that list changes every year as Play!Pokémon does what is called a "rotation", which is where they make old sets no longer usable in tournaments for a multitude of reasons, one of which is to keep official tournaments from getting dominated by the same cards all the time. The current list of sets that can be used in tournaments can be found in this thread here. There is also a special type of tournament called a prerelease where you can only use cards from a yet to be released set, as a prerelease tournament functions as a promotional preview event for a new set.

Which card is the best card?
There is no single best card, as every card has a counter. There are some that are more consistently successful than others, but the most successful card varies as new sets get released.

Where can I find a place near me to play?
You can use the official League Locator to find any officially registered tournaments and leagues near you.

I can't find anywhere near me that I can play? Is there another way I can play?
Yes, in fact, there are. There's the official online game at www.pokemontcg.com/download, which requires you to have a Pokemon.com account to play. Pokemon.com accounts are free, however, so it is possible to play the official TCGO for free. If you want to play against other players without being restricted by a "collection", however, you can play over at www.playtcg.me , though this requires having created a free account over at Bebessearch.com, and you have to create the decks you use on playtcg.me over at bebessearch.com. There is also Redshark, which was the dominant unofficial means to play, though the site that was at the core of its support, PokeBeach.com, appears to have shifted to the aforementioned playtcg.me. Other means worth mentioning are the Lackey CCG Pokemon TCG packs and the Apprentice Pokemon TCG packs, both of which are download and play clients that require the use of a program like LogMeIn Hamachi to play others over the internet.

I keep losing whenever I play. How can I build a good deck?
There are several ways to define a good deck, be it a winning one or one that is oodles of fun to play. However, if you're looking for a formula to build a consistent deck, Rocket's Executive wrote up a guide two years ago on the basics to building a consistent deck that is still quite relevant today, and that is located here.

Hopefully this guide helps you as you learn to play. For any questions you may have that are not answered here, I suggest either creating a new thread in the main section of the Pokémon Trading Card Game forum, or by popping into the Quick Questions Thread located here.
whoops