Seen March 8th, 2022
Posted March 7th, 2022
1 posts
271 Days
1
March 7th, 2022 at 8:15 PM
For my college English class (its focused around gaming) we have to write an essay about a specific gaming community. I choose Pokémon ROM hacks and fan games, as I've come to appreciate them a lot more than some of the main series games as of late. For my essay I'm trying to get opinions on how players view the legality of fan games and what drives people to create them. 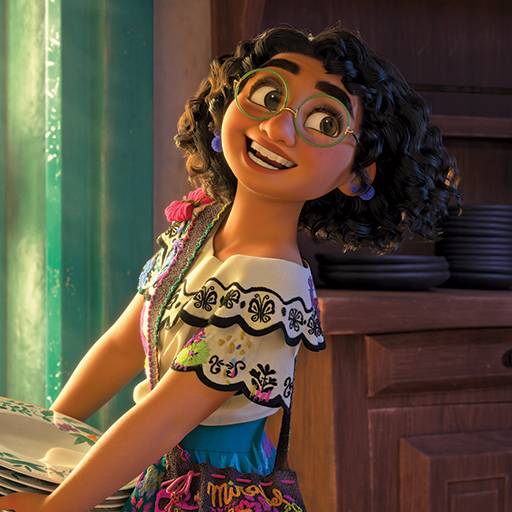 He / Him
Under the truck
Seen 10 Hours Ago
Posted 10 Hours Ago
311 posts
3 Years
2
March 7th, 2022 at 8:59 PM , since edited
There’s an article about the legality of fangames on Relic Castle, found here. As for me, I create fangames as a passion. I love both development, and Pokemon. The legal aspect has never really been a concern for me - Nintendo usually only goes after larger fangames, Uranium, Prism (there’s a fantastic article about the C&D takedown written by the developer here). I’ve stuck with Pokemon fangames as the idea of creating an original project scares me, however I still like development, so I’ve stuck in this fangame development category. If I were to ever receive a C&D for my work, I would likely unpublish my work, however continue developing for myself, as a hobby, and simply not share my work. Hopefully some of these resources, and my responses help. Good luck with your essay!
Moderator of: Fan Games

Male
England
Seen 1 Day Ago
Posted 2 Weeks Ago
13 posts
3.3 Years
3
March 8th, 2022 at 7:26 AM
The simple answer is yes. Regardless of how someone feels, they can't just use copyrighted material however they want. The passion of a fanbase is wonderful, but I understand where a creator/owner of something is coming from when they don't want their property used without permission. Of course there's the argument that if The Pokemon Company made better products, people would be playing the official games instead of trying to make up for the company's lackluster games, but that doesn't magically make it okay.

It's part of why I've swapped to original writing only. If I'm going to create something for the fun of it, might as well make something that doesn't infringe on other people's work. There are other reasons too, like I think people should focus more on creating something new instead of creating sequels, remakes or fan products, but that's more personal opinion. 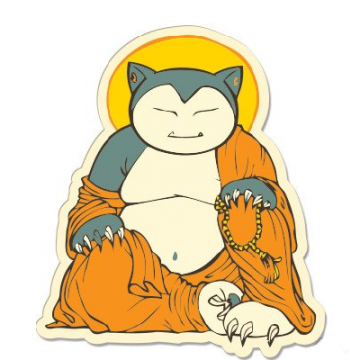 1 - What people usually think of as "illegal" are things that carry criminal charges. Stuff that can get you arrested. "Copyright infringement" and "Criminal Copyright infringement" are two entirely separate things. The latter follows criminal court proceedings and specifically requires the alleged crimes be done "for purposes of commercial advantage or private financial gain". The former is what nearly all talk of copyright infringement on the internet has been about ever since "don't copy that floppy" was a thing, and it follows civil court proceedings. Rom hacks and fan games 99% of the time have no financial gain behind them, so they are expressly not illegal in the sense of having criminal liability.

2 - Rom hacks and fan games definitely are illegal from the perspective of civil liability of copyright infringement. But I also consider modern copyright lengths to be completely unjust and morally bankrupt. And unjust laws do not have the honor of being lawful. I do not care one wit about, and am ethically comfortable with ignoring, any copyright protections on a work that is more than 15 to 20 years old. The Copyright Act of 1976 and its outrageous copyright lengths has about as much pull with me as any other piece of abhorrent legislation that has been struck down with time. Any rights-holder that takes issue with this sentiment is welcome to waste time and money playing digital whack-a-mole against anonymous internet accounts.

EDIT: Bonus 3rd reason - I'm going to address IPS patches. They are not illegal in any sense because they do not constitute copyright infringement. How? Think of it this way. Creating an IPS patch is basically where you compare your modified ROM file to the original base ROM file and record all the changes you've made into the patch file; you record every changed byte along with its respective address. Your patch file is nothing more than a glorified find/replace table containing bytes that represent only your own original work. When someone applies an IPS patch to a base ROM, they are taking the find/replace table of your original work and automating the process of replicating your modifications.

Imagine IPS patches with writing fanfiction. You write a fanfiction re-telling of The Hobbit. Rather than distribute it directly and get hassled by the Tolkien estate, you create an IPS patch of your fanfiction based on the format of the first 1937 publication of The Hobbit. Your patch file is just a massive index of individual words, spaces, and punctuation marks that you have written, and each entry is assigned an individual address in the form of a page number and word position. Any scribe (be it human or machine) could take your patch file and use the index inside to overwrite your modifications to a 1937 1st publication copy of The Hobbit in order to recreate your fanfiction in a readable form. The patch file itself contains nothing more than singular words you have written (singular words are not copyrightable) and a factual listing of references (which cannot be protected in any form).

If I share those drawings on an internet forum, I'm still not doing anything illegal as far as I know.

If I attempt to make profit with those drawings, that is illegal.

So it's not much about what you make but about what you do with it afterwards. Making a rom hack isn't really the problem, the problem is openly distributing them (or even worse trying to make profit with them), which is why this and other forums don't allow distributing roms but only the Patches, which as the user above me explained it's not illegal.

As far as I know, companies only take down fan projects that draw way too much attention and therefore become a real annoyance for them.

Male
on the second floor's nest
Seen 41 Minutes Ago
Posted 1 Week Ago
1,150 posts
14.2 Years
6
March 14th, 2022 at 12:35 PM
There's no argument that ROM hacks are illegal in some jurisdictions. That's just fact in that it's written in the laws in those jurisdictions.

At the same time however, that doesn't really mean anything. An US State once passed a law that said the value of pi is equal to 3, and many States in the US considered entire human races legal property down to not very long ago, so those States trying to heroically pound on their chest while decrying the "evils of lesser men", which means poorer non-corporate men with no lawyers, doesn't really sway me. So, if anything, that something is codified in law mostly speaks that it is codified in customs, not much more.

Even more, sure, ROM hacks and fan games may be illegal, but they are not bad to do considering the alternative, in particular when it comes to GameFreak, and the legality only matters if the IP holder ever presses charges. As my Economics teacher said, people can do all the all the good and evil they want and it won't be a crime if no one presses charges which is why white collar corruption is so rampant yet a poor man that tries to feed a fellow stray dog can go to prison for 5 years and 1 day (and why it's so difficult to fix medical malpractice).

To complete the trifecta, as @jojobear13 pointed out, these IP laws are constructed on an unjust and unethical foundation of "copyright", which is so morally broken that our children and our grandchildren won't be able to participate in the culture that our fellow artists produce today, they'll only be able to consume if authorized to; yeah, it's only our grand-grandchildren that will be able to participate in the culture we create. How is that any ethically or morally right? And Nintendo is a particularly heinous case on that, to the point that the feelings of the homebrew scenes in general, even in mediums that have nothing to do with videogames, is that it is always ethical to pirate Nintendo stuff (see what happened, for example, with A Metroid 2 Remake).

tl;dr: to the question of "do I consider fan games illegal?" my answer is "they are the proof unjust laws must be fought against".
Venia Silente - Consulting WorldbuilderSocial·🐘ⓜ · ⓣ · Direct·
Looking for background art.

I actually wrote a little article about Pokemon-related PC games - most of which were fanmade - and I advocated for ROM dumping in it. I think that's the most legal way to play them.

Seen 5 Hours Ago
Posted 1 Week Ago
5 posts
8 Days
8
1 Week Ago at 7:27 AM , since edited
For my college English class (its focused around gaming) we have to write an essay about a specific gaming community. I choose Pokémon ROM hacks and fan games, as I've come to appreciate them a lot more than some of the main series games as of late. For my essay I'm trying to get opinions on how players view the legality of fan games and what drives people to create them.
If you need to write an article on a gaming topic, I recommend finding good references and preparing yourself. Personally, when I was in college, I used to look for the necessary materials on https://quizzes.studymoose.com/ in order to prepare for the lesson and have a good knowledge of the topic we are studying. I think this service will be useful for you because you can improve your grades and prepare for writing assignments and more.