Seen 2 Days Ago
Posted 5 Days Ago
3 posts
17 Days
1
1 Week Ago at 11:02 PM
i want to make a hackrom where some trainers have spicific shinies,
for example; joe have a ratatta, i want that ratatta to be shinie, but not the others pokémons of his party.
there is some tool for that?
it's for pokemon emerald. 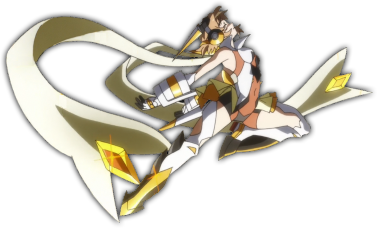 what i undestand is that first open the shinyzer to know how much space i need for "apply the shynie"
then i look for that amount of space in free space finder and copy the number of free space, then paste that number to shinyzer so it will make the "space shinie"

so if i understand correctly the comand should be like this:

i only need a clarification about if it needs to be 0x8003 mendatory or i will get that number by using free space finder.

also i will need XSE to put the new comand...

but idk how to use XSE, so i guess i have to learn that too...

Since you want the second and third Pokemon of a six-member team you're actually doing the same as in HackMew's example. As HackMew said, the first half of the value you're setting 0x8003 to is a bitfield, not a regular number like 1 or 2. You'll have to write 'setvar 0x8003 0x0C06' before the trainerbattle command you want to use this on. I advise learning how to do basic scripting before trying this though.

now, i dont understand why i need the shinyzer tool...
did the 0x8003 work by itself or i have to use this number in shinyzer before creating the battle script?

Originally Posted by leiko123 [ Original Post ]
now, i dont understand why i need the shinyzer tool...
did the 0x8003 work by itself or i have to use this number in shinyzer before creating the battle script?
Sorry, but I'm not entirely sure what you're asking, but I'll try. Setting 0x8003 to 0x2106 before you use the Shinyzer tool will not make your opponent's Pokemon shiny. What the Shinyzer does is insert an ASM routine that will activate when 0x8003 is set to anything other than 0x0. You don't have to do anything with 0x8003 when you're inserting the routine with the Shinyzer as it is just inserting the routine and that's it.