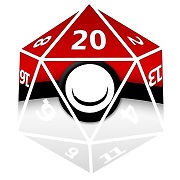 Rules
1. All Pokemon must be nicknamed.
2. If a Pokemon faints it dies, you must retire that Pokemon permanently.
3. Only one Pokemon may be caught per route, but it does not have to be the first Pokemon that you encounter.
4. All Pokemon must have a class and race, but you cannot have more than one of the same class in the party (Optional: You cannot have more than one of the same race in the party either.)
5. You can catch HM slaves in the games that require HMs, and place them in a special Box called the NPC box. NPC's may under no circumstances participate in a fight. (taking a hit so you can freely switch counts as participating.)
6. You may not have reserve Pokemon in your PC. Once your party is full you cannot catch any more Pokemon until you lose a member. If you lose a party member you may go back to a route that you haven't caught a pokemon yet and catch it there.
7. You may not catch any legendary Pokemon unless they are required: All legendarys are considered boss encounters
8. You lose the DNDlocke if: all of your Pokemon die in the same fight, or you lose everyone due to not being able to legally catch any more pokemon.
9. You win if: You beat the league and champion and all story legendaries. Non story legendaries are optional.
10. Games you can play this challenge in: Any game that has physical special split. Gen 1: LGPE, Gen 2: HGSS, Gen 3: ORAS, Gen 4: DPPT, Gen 5: BW or B2W2, Gen 6: XY, Gen 7: SM or USUM, Gen 8: SWSH, any ROMHack or Fangame that has Physical/Special split.
Classes