Interested in: Any first form shinies from Galar, mainly want Sobble, Grookey, Galarian Farfetchd and Ponyta, Gossiefleur and Wooloo, but happy to take just about all other Galar shinies! 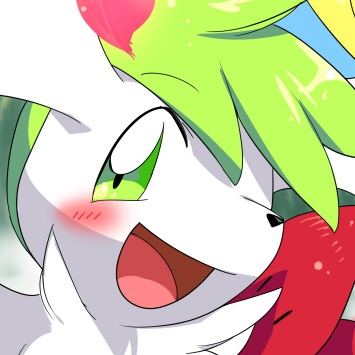 Probably Sinnoh
Seen 56 Minutes Ago
Posted 11 Hours Ago
62 posts
13 Years
2
1 Week Ago at 1:32 AM , since edited
Hmm... I have a healthy collection of shinies from Max Raids. I never even thought about trading them cause they're so rare and worthwhile, but a shiny trade doesn't sound terrible...

The easiest way I could see trading a shiny is if I had a second one, and it turns out I do have two Eevees! I'm curious now to get their IVs and such.
The list of who I have just to show it:

Any unevolved Pokemon can be made evolved upon request.

The only stipulation I have is that IF I do do a trade, any shinies I get cannot be from a cheated source. (seriously, I already have five or six shinies gotten in Random Trades that are CLEARLY hacked, and have names of various websites. Legendaries, Ultra Beasts, most a carrying Master Ball. These Pokemon are placed in a box strictly deemed as Purgatory, and I don't touch them.)
If you know for absoulte certain that these aren't cheated Pokemon, do tell!
1! DON'T SHIRK WORK!
2! RUN AWAY AND PAY!
3! SMILES GO FOR MILES!