Seen 21 Hours Ago
Posted 2 Days Ago
3 posts
13 Days
1
1 Week Ago at 11:34 PM , since edited
I'm generally a guy into locations and settings, so I'll be proposing a speculative idea that's been on my mind for some time.

Two cities. One purposely built at bottom of the ocean and one floating high up in the sky. Based on the cities of Rapture and Columbia from the Bioshock series.

I won't give them names. I'll leave it up to you.

I won't be that expository on the details but here's some i have in mind:

Both cities would share similarities to their Bioshock counterparts in terms of Architecture, their age (being built in the pokemon equivalent of the 1880's or 1940's), and being among some the most technologically advanced cities in the world. They'd ought to be since there would be the drive to push the boundaries of and overcoming limitations of the technology during the time of construction. Having the to invent and develop new technologies for either two to be built in such Impossible places. Many a breakthroughs were made just to keep one floating in the sky and the to keep the sea out of other. The Underwater city having a supercomputer similar to Rapture's Thinker to regulate the automated systems of the city. Keeping them running for the long term and keeping the city habitable for it's populationa nd businesses to live in and operate. Like Rapture, the city would use similar naming conventions for locations and major business. Being named after deities and mythological figures. legendary pokemon in this case.

Both cities are completely autonomous and not fixed to any specific region in the Pokemon World. One is located in what would essientially be International Waters while the other is constantly on the move.

Another similarity to the two cities is the Way they're accessed: Lighthouses. The Lighthouse for the underwater city would be used to mark it's location, similar to that as Rapture's Lighthouse. However, the island it's on is much bigger and has been expanded so that passenger ships and seaplanes could dock. Access into the city would be done through automated submersibles as with Rapture or alternatively via an elevator ride or an undersea monorail. The "lighthouse" or "lighthouses" for the floating City would be a series of mooring masts built across the Pokemon world at destinations where the flying City would fly over. Each having beacons to mark their locations and to guide the Floating city to their positions. Special zeppelins would then dock, take on passengers and tourists, and then fly to the city.

That's where the similarities end. The differences now are that Flying and Water Types are the themes for these cities and why they were built where they are instead of being founded upon and around a philosophy or ideology. Entirely new Legendaries could also be responsible for the founding and conception of these cities as well. Likely influencing" specific Human individuals, showing them a visions and prompting them to actually build these cities in an attempt to reach out and live alongside these legendaries.

Not going to put Genetic and Trans-dimensional advances into the equation since those would just wreak havoc on the rest of the world if it's suddenly possible to open up gateways into alternate universis or Humans gaining the powers of pokemon through specially made genetic serums.

Seen 21 Hours Ago
Posted 2 Days Ago
3 posts
13 Days
2
6 Days Ago at 3:52 AM
This isn't intended as a crossover and the only crossover aspects would be that these cities are one of many instances/constants of Rapture and Columbia that manifest and exist in different universes as established in Bioshock: Infinite. Constants and Variables. There's always a City. There's always a Lighthouse. There's always a Man. This is more along the lines on how locations in Pokemon being based on real life locations. Though in this case it's a fictional location in our world that only exists in another videogame series.

she/her
Online now
Posted 1 Hour Ago
31,136 posts
14.4 Years
3
5 Days Ago at 1:20 AM
I don't know a thing about Bioshock, but I want to say I'm definitely interested in an underwater city - walking up to a large body of water and seeing light and silhouettes of buildings underneath is an insanely good idea. Can see something like that being beautiful with the right angle in in a well-made 3D Pokémon game.
art blog | art thread | vpp | mal | ffxiv
♡ sheep x bobandbill 5ever ♡ 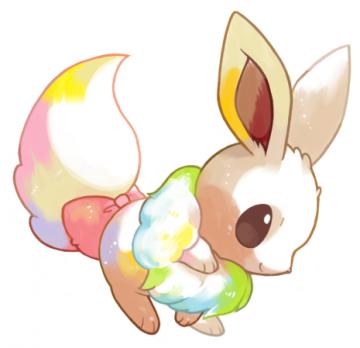 Female
Seen 3 Days Ago
Posted 4 Days Ago
11 posts
8 Days
4
5 Days Ago at 5:33 PM
I've heard about Bioshock, but having a city in the sky sounds interesting. being high up in the sky and seeing all the different shapes of clouds close up! The interesting technology they'd use to keep the city floating would be amazing and what kinds of Pokemon would live there as well. What got me with this location is how the characters would arrive at the floating city, like would they make a contraption or would they use Pokemon like a taxi similar to Pokemon Sword and Shield to transport the trainers and people there?