Sugimori: “Then we do another division of roles for the evolved forms. This time around — because the Unova region has a racially diverse human population — we decided to make the starter Pokémon’s evolutions symbolize the cultures of Japan, the West, and China. Snivy’s final evolution, Serperior, was designed with the concept of a European knight in mind, kind of like Lady Oscar from The Rose of Versailles. Tepig’s final evolution, Emboar, stands up on two legs and becomes humanoid, so we imagined him as Zhang Fei from the Chinese Romance of the Three Kingdoms. After we decided on the Fire and Grass types, we still had to decide on Oshawott’s evolutions — so we made them into Japanese Samurai. When we came up with the idea that Dewott can remove the shell from his stomach and use it as a weapon, we felt we’d succeeded in making him a Samurai.”
-http://lavacutcontent.com/ken-sugimori-nintendo-dream-3/
3) Decidueye is the practically the only ninja among the grass type starters, given that their sticking to the normal 3 elements and one the covert jobs of a ninja was to stealthily eliminate samurai, often at the request of other samurai, its pretty obvious why it was chosen as the only other ninja among the starters is a water type, while the only other starter that was samurai-like was a grass type which doesn't fit as well with the dynamic.
4) Typhlosion is most likely the Yokai of the group, namely a Mujina
you can even see the resemblance 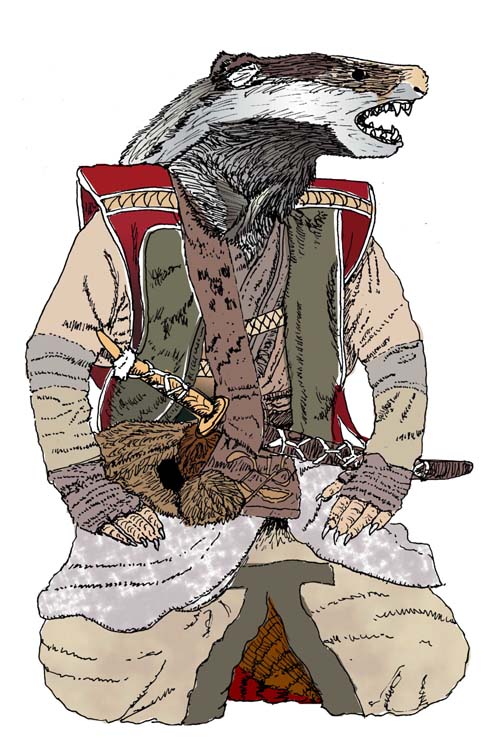 might also have a bit of monk mixed in and yes feniken might have fit better thematically as yokai, but they also seem to have been avoiding 1st gen, 4th & 8th gen starters while keeping a gap between generations most likely to have the starters cater to different age groups that where not already attended by home/sw/sh/bd/sp while still remaining in theme(gen 2, gen 5, gen 7) gf also seems to try and keep all non-mythical pokemon around in each generation so theres a good chance that the 3ed and 6th gen starters will be available between BD/SP/legends
5) each one represents part of the land; Samurott represents rivers, Decidueye represents the forest & Typhlosion represents the volcanos 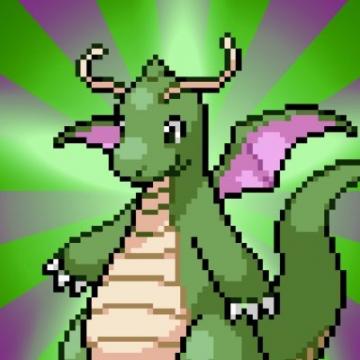 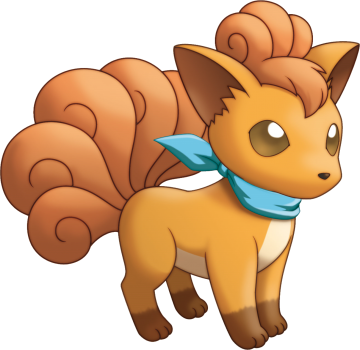 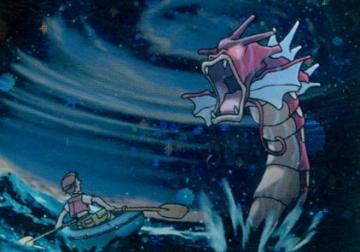 I guess Cyndaquill? I'm hoping they make Typhlosion more exciting, since I always felt like it was just as lesser Charizard.

Because You're Mine I Walk The Line

Male
Seen 2 Days Ago
Posted 4 Days Ago
297 posts
9.7 Years
58
July 27th, 2021 at 9:48 PM
Well I think I will pick Rowlet at the beginning. I set a rule for myself that I will only use pokemons that are created for that region only so if I have a chance, I will go with Riolu as my starter 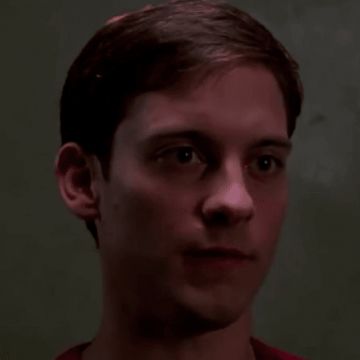 I'm gonna put some dirt in your eye..

Originally Posted by Sugar-Fable [ Original Post ]
It might change when the games come out, but for now I'm saying Oshawott!
I like your signature 🙂👍
Nocturnal...? W-What does that mean?😕

Seen 1 Week Ago
Posted August 6th, 2021
6 posts
58 Days
61
August 6th, 2021 at 3:18 PM
I think my choice would be Oshawott, but it's hard to say before I have the game in hand. I'm not interested in Rowlet, so that leaves Oshawott and Cyndaquil. Oshawott was one of the first Pokemon I ever used, whereas I never saw Cyndaquil until I bought Crystal last year. So, probably Oshawott for me. 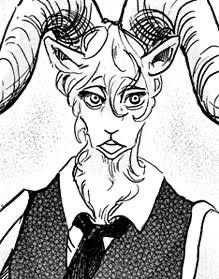 But all three are just meh starters.

Unless milotic is in the game.

I'm stuck between Rowlet and Oshawott. I usually always pick water types as my go to, but I really like Rowlet's evo line... I'm honestly not 100% sure which one I'll go for as of right now. Anyone else in that predicament?

I like the oshawott line, but the Rowlett line is better for a pleythough, since there are fewer grass types that I like.

Age 28
Male
In a Rabbit
Seen 3 Weeks Ago
Posted 4 Weeks Ago
774 posts
8.2 Years
66
4 Weeks Ago at 11:47 PM
I'm stuck between Oshawott (up to Dewott) and Typhlosion. I think it may come down to how they play in the combat system. It would be really fun to see a Dewott fling and swing its scallchops. I love Samurott too like the one I raised in Black/White, but I'm thinking this will be an opportunity to stay unevolved as Dewott, who I love love love. Buuut. Cyndaquil line is literally in my top faves of all time. It might come down to how Typhlosion/Quilava looks when they fight.
3DS FC: 4914-3495-9756 (IGN: Shrew)

Because You're Mine I Walk The Line

Male
Seen 2 Days Ago
Posted 4 Days Ago
297 posts
9.7 Years
67
4 Weeks Ago at 11:59 PM
Originally Posted by 90210 [ Original Post ]
Well I think I will pick Rowlet at the beginning. I set a rule for myself that I will only use pokemons that are created for that region only so if I have a chance, I will go with Riolu as my starter
My original thought was like this but after the pokemon presents, my starter would be Growlithe

Seen 5 Days Ago
Posted 6 Days Ago
97 posts
2.4 Years
69
3 Weeks Ago at 12:41 PM
Probably Rowlett because I'm a fan of birds, but I could be swayed to pick the others if they introduce cool new forms or something.