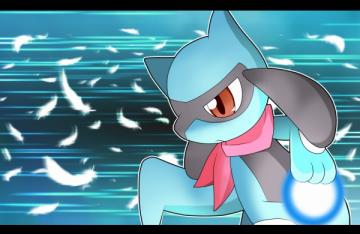 He/Him
Unova
Seen 6 Days Ago
Posted 1 Week Ago
13 posts
23 Days
1
2 Weeks Ago at 5:23 PM
The new gen is coming up and with that will most likely come a new anime. But what will happen after this? If Ash is already the best pokemon trainer in the world, what comes next? I don't think he's going to go and beat the Scarlet & Violet gyms. I think Ash is going to be replaced. I don't think there will be any main character. I think there will be multiple protagonists and Ash will go to the background. Some people have speculated that there could be a new generation and Ash's child would be the protagonist and would have a pikachu as well. I don't think this is the case however. There will most likely only be one more season of Journeys. Goh has only 106 pokemon so far and he wants to catch them all. Chloe's eevee still hasn't decided what it wants to evolve into nor has it even considered most of it's options as of yet. On top of this, there have been many episodes that Ash wasn't even in that instead had a focus on Chloe or Goh. Maybe they are phasing out Ash in favor of Chloe and Goh as both being protagonists. After all, Ash wouldn't really be able to be a protagonist after becoming the world champion even if he starts with new pokemon.
Team Rocket's blasting off again!

Age 30
Female
USA
Seen 1 Day Ago
Posted 1 Day Ago
301 posts
274 Days
2
2 Weeks Ago at 6:34 PM
Perhaps Goh and Chloe will be the new protags. I haven't watched a lot of Journeys. It maybe them trying to see how the audience reacts with Ash taking a back seat as the main focus and character in the anime. She/Her
Australia
Seen 2 Hours Ago
Posted 1 Day Ago
36,560 posts
15.6 Years
3
2 Weeks Ago at 10:30 PM
Goh and Chloe aren't tied to a specific region like many other characters Ash has traveled with, since those others are almost all characters from a specific region primarily there to advertise it. I can see Goh and Chloe staying at least somewhat important later on but...am honestly not sure where they plan to take the series after this. Goh is currently working on his goal of meeting Mew and I feel like that will be resolved by gen 9, so it makes me wonder what he'll be doing after that and how it would translate to potentially sticking around for the next gens? Unless he doesn't achieve his goal (pretty sure he won't catch Mew but....no one thought he would catch
Spoiler:
Suicune
either). Maybe his failure will push him to actually travel to improve himself (especially his battle skills, which he isn't confident in) and he can stay a protag? :')
art blog | art thread | vpp | mal | ffxiv

A LOT of people have been speculating and rumors have been spreading like wildfire that this will finally be the final season with Ash as the MC. As for who will replace him... these same people keep saying he'll be replaced by Goh.

If this is true... yeah... I'm done. No cap. Goh is the WORST character in the god damn history of the anime. @ me all you want but I'm not changing my mind on this. So if this happens... I will quit watching the anime.

The other possibility is a hard reboot with a completely new character as MC (which I feel is extremely unlikely tbh). Which I would prefer over Goh replacing Ash.

Unfortunately... time will tell. I could also maybe see Ash staying and maybe acting as a mentor to a new character for the next series? Depending on where his final placement is in the Masters 8 (or god forbid he actually wins somehow)

All I know for sure... is if they seriously replace Ash with Goh... I'm not watching the anime anymore and I am 100% completely serious about this.
Controversial person with controversial opinions apparently

Age 27
Any pronouns
Argentina
Seen 7 Hours Ago
Posted 1 Day Ago
636 posts
154 Days
5
2 Weeks Ago at 3:13 PM
Look, with how much they've been pushing the non-main anime short form series (Twilight Wings, PokéToon, Evolutions, Hisuian Snow) in the last two years, I do believe we are at the very least heading for Ash being phased out as the protagonist. Team Rocket is rarely appearing at all after becoming a staple of the anime, and they even had a retirement scare very recently. I wouldn't put it past them to actually have Ash win the Masters Tournament and either replace him as the protagonist, or end the main anime right there after 25 years - in favor of straightforward anime adaptations of Scarlet/Violet and all subsequent Pokémon games from then on.

Whatever they do is fine with me, I haven't kept up regularly with the anime since the S/M era. But if they do replace Ash, I reckon it's going to be quite a shocker - for better or for worse, especially if it comes with the end of the main anime. None of us is ready for that.

He/Him
Unova
Seen 6 Days Ago
Posted 1 Week Ago
13 posts
23 Days
6
2 Weeks Ago at 5:38 PM
Personally, I like Goh as a side character but I don't see him becoming the main protagonist because he doesn't even like battling. Even though the slogan for pokemon is "Gotta Catch em All" the anime has always had more of a focus on battling and becoming the champion. Goh isn't interested in that whatsoever. Chloe is even less likely to be the main protagonist because she only has one pokemon and has battled maybe twice in the entire series. If anything they will just make a new protagonist to replace ash and keep the side characters the same.
Team Rocket's blasting off again!

Male
Mushroom Kingdom.
Seen 18 Hours Ago
Posted 5 Days Ago
58 posts
1 Years
7
2 Weeks Ago at 7:49 AM
I personally just think he won't end up being the champion of this competition in the end so Ash has a reason to continue being the main character of the show. One of the creators of the Pokémon anime even said that if Ash were to actually claim the title of "Pokémon master", the show would conclude. It would be a bit of a dickish move to replace Ash all of a sudden though.

I found it a weird decision that Pokémon Journeys the series doesn't all take place in Galar. I know this is unrelated, but i just had to point that out.

Age 15
He/Him
Seen 57 Minutes Ago
Posted 5 Hours Ago
356 posts
1.9 Years
8
1 Week Ago at 5:58 AM
Both Ash and Goh will probably not achieve their goals, maybe one of them will, but I don't see it happening. I saw some people saying that Goh will be the new Brock and he would travel with Ash for more long time. As for the series, I think it will go back to the traditional one, focused solely on the new region, and it's Pokemon, evil guys, rivals and etc. I think this season was an experiment and the anime trying new things.
Gavoca#1191