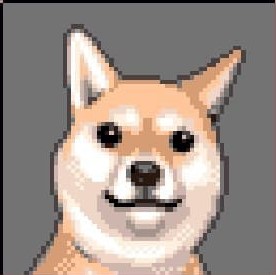 Seen 5 Days Ago
Posted 2 Weeks Ago
2 posts
24 Days
1
3 Weeks Ago at 11:50 AM , since edited
I´m new in this forum so I apologize in advance for my inexperience. Anyway, I was thinking into a new script in which wild pokemon appear in the overworld and challenge the player, just like a current trainer. I know that you can technically do that by changing trainers sprites by pokemon sprites but there is still the ball throw animation made by a pokemon sprites. It may sound silly (and maybe it is) but it doesn't feel inmersive at all. My idea would work like a trainer battle but with several changes:

-You start straigh ahead the combat, no pokeball animation, just like finding a wild pokemon

-There would be a special line-up graphic for this encounters instead of the clasic pokeball graphic (because of they are still "wild pokemon"). I have made a concept about it with a substitute sprite drawn by loppy654 but it's just an idea
https://drive.google.com/file/d/1emzdsWtB7Qgf37EE0G0PIYJXr8mM3l8A/view?usp=sharing

-If a pokemon dies, obviously, the animation will change. Maybe the next pokemon would just appear from the right of the screen, just a simple horizontal movement (it could be added even a sound effect if we're kinda perfectionist)

-About the IA, I think it could be as customizable as trainer's AI


At the end of the day, it's a simple-minded idea. In fact, we see this mechanic a lot in other rpgs but I think it could be an improvement.
This thread is mainly to ask if this idea had taken place before. If I'm honest, I have no idea about scripting, that's why I hope I can find a script with a similar concept. Thanks for reading.

Seen 5 Hours Ago
Posted 9 Hours Ago
1,109 posts
1.1 Years
2
3 Weeks Ago at 12:32 PM
It's probably something you can derive from this script.
I haven't looked int it but it looks like it's creating Events. You just have to change the content of these Events :)

Seen 5 Days Ago
Posted 2 Weeks Ago
2 posts
24 Days
3
2 Weeks Ago at 5:28 AM
Originally Posted by StCooler [ Original Post ]
It's probably something you can derive from this script.
I haven't looked int it but it looks like it's creating Events. You just have to change the content of these Events :)
Thank you! I'm not looking for pokemon spawning like in this script. It would work like a normal trainer but with the differencies I have just written in my first comment. Allthought, it's really interesting and I could give it a use. I appreciate your comment :)