He
Cuba
Seen 7 Hours Ago
Posted 14 Hours Ago
30 posts
198 Days
3301
1 Week Ago at 6:33 AM
Originally Posted by PkmnTrainerKonner [ Original Post ]
This one right before heading into Telmurk.
It must be some kind of glitch. I picked the item without problem. Try using a different emulator, Visual Boy Advance is not recommended for hacks 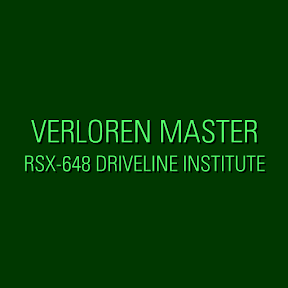 Male
Berlin, Germany
Seen 4 Hours Ago
Posted 17 Hours Ago
15 posts
40 Days
3302
5 Days Ago at 4:12 PM
Originally Posted by RevamperHacker [ Original Post ]
It must be some kind of glitch. I picked the item without problem. Try using a different emulator, Visual Boy Advance is not recommended for hacks
Like mGBA.

Seen 3 Days Ago
Posted 3 Days Ago
1 posts
146 Days
3304
3 Days Ago at 2:29 PM
Just finished the game and absolutely loved it. I really appreciate the credits too where you recommend new games to play.

My feedback:
- I wish HM's didn't need to be taught to a pokemon in the party (this caused me to always carry 2 HM slave pokemon (Excadrill and Feebas) for Rock Climb, Rock Smash, Strength, Cut, Dive, Surf, Waterfall and thus made me play the majority game with only 4 Pokemon.
- I wish the grass areas where Pokemon encounter, contain more varied Pokemon. Maybe this is not factually true but it felt to me like in long routes I would just encounter the same small set of Pokemon.
- My favourite Pokemon happen to be Tyranitar and Salamence, a bit of shame they only appear so late in the game. I wish that was more varied too. But I understand how that follows the typical Pokemon game design.
- I wish there would be a way to see Pokemon IV rating (S - E) before catching to make it less tedious to catch good Pokemon.

Bug:
- I was able to use a particular stone to evolve I believe Scizor to some random Pokemon. Excuse the details as this was earlier in the game that I discovered this.

My team below here. There are so many Pokemon I played with throughout the game, second image is a box with some of my favourites. 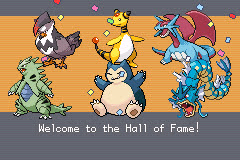 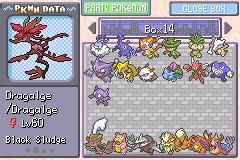 Male
Berlin, Germany
Seen 4 Hours Ago
Posted 17 Hours Ago
15 posts
40 Days
3305
22 Hours Ago at 11:05 PM
The next version will also update the Pokémon Party Screen, which was credited to Lunos. It looks like this: 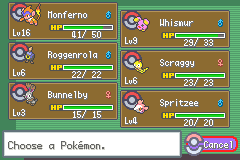