Male
Seen August 10th, 2017
Posted July 2nd, 2017
34 posts
3.7 Years
1
July 4th, 2016 at 4:32 PM , since edited
Hi guys! I'm having some trouble. I'm in the early stages of my Pokemon game development via PE and RMXP, and I kind of hit a snag. So I've been watching some tutorials and videos of people making path blockers, but I want to set a specific type of one that they didn't cover. So far, I have two towns (really a town and a city) and one route. I will probably change this later, but right now Route 1 has no grass and you can either go into the next city or Route 2. So there's two paths you can take, go to the next city right away (which currently doesn't have much to offer, but that's beside the point) or go to the next route. At the moment, you can get to Route 1 easily because it's right under the first town/where you start, but there's no grass or anything like that there (which I may also change later - like I said, early stages).

What I want to do is create an event that blocks the path to Route 2 (will probably be route 1 once I change some things) until the player gets their starter from the lab. Basically a guy saying "You can't leave without a Pokemon!") but is gone after I receive a starter. I think switches are involved in this but I have little to no experience with them. So how do I do this?

Also, how do I make an event graphic 'transparent' until it appears out of nowhere, as if it was exiting/entering a building before bumping into the player?

Male
Brooklyn, New York
Seen April 13th, 2017
Posted January 25th, 2017
223 posts
3.9 Years
2
July 4th, 2016 at 5:45 PM
Make the event with a conditional branch that activates if the "starter choice" is equal to 0. The trigger should be set Player Touch and in the "if" put set move route for player turn down then move down. You can add the text of "ca't go out without a Pokemon" before the move route. Also in set move route there is an action that changes the graphic to an event and there is also another one to change opacity you can see them on the third row to the right.

Male
Seen August 10th, 2017
Posted July 2nd, 2017
34 posts
3.7 Years
3
July 4th, 2016 at 6:15 PM
Thanks. I got the conditional branch going but I'm still having trouble figuring out the opacity thing, I can't find it. What I'm going for is essentially someone who bumps into you, like Barry did in DPP and then after talking is nowhere to be seen (but only post-starter choice in this case). Like he'll be going out of a door, and then he runs into you and blocks your path until you have a starter. But also I want to make him stand still and not trigger any movement after he comes out. How do I pull that off? And also what steps do I take in order to remove him from the map after a starter is obtained?

Male
Brooklyn, New York
Seen April 13th, 2017
Posted January 25th, 2017
223 posts
3.9 Years
4
July 5th, 2016 at 7:08 AM
Oh so make the event with the graphic of the character that you want to stop the player with and have the same I told you as before but this time make a second page with the condition variable of "Starter Choice" is 1 or above. Leave the second event page blank. And I 'm pretty sure that should work. 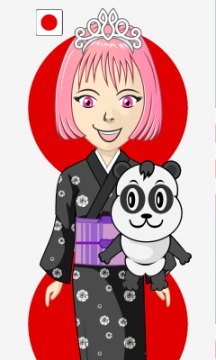