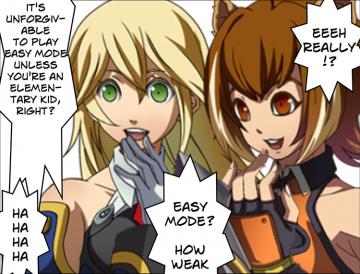 Really quick the rules, I have an cheat to give me no EXP from all fights, no Rare Candies, Champion must be beat so save corruption cannot be used to skip to HoF, and 8F is banned because reprogramming the game as difficult as it could be with this mod is not how I want to win. All other glitches allowed.

I get my starter, Squirtle, and it turns out your rival gets mew and has super potions. Welp, I already hate this.

Oh god everything hurts, they're all the same level as me and I chose a slow mon as my starter. I also just off myself after getting the parcel so that way I can just warp home rather than keep running.

So I already suck at remembering where I need to go, and now SHF changed the layout, and it's a maze. At least the battles haven't been so bad. I also learned that the Trainer Escape glitch for some reason just let me skip all the trainers here, so that was pretty neat. Which trust me that was very much needed.

You know, I thought Brock was bad when I was doing Fire Red Shedinja only. This is worse, so much worse. A freaking Aerodactyl. I hate this so much, it has 80/105/65/60/130 as the base stats. At level 15 ... I have level 5s. Or a level 9 if you count Ponyta, which does nothing whew. Alright it's fine Trainer escape time, I was able to eventually get my hands on a team of slowbros, good defense they aren't weak to Aero aannnnd they get 2HKOd. I tried a Nidoking but you know, Aero just kinda kills when its twice your level. Though I found out I can get Onix, which was exactly what I needed. Still some luck but it turns out like 3 Onix a Slowbro and 2 Oddish are exactly what you need to beat this gym. This was awful and took at least 5 hours to do with speed up, probably longer I'm not sure.

Nothing happened until I got here and I was really worried about the rival fight but it turns out for some reason there is one patch of grass you can get to with level 15ish pokemon before that fight so he was easy. I caught myself some Butterfrees hoping the okish special would be enough to beat Misty. Turns out she has Ice Beam. Why am I even surprised? Screw that I went to Bill's and left to get myself a team of Digletts, for the Water Gym, I am aware of how stupid I sound but it's fine I have a reason for this. Diglett has Sand Attack, Slash, and Dig. So I went and Paralyzed half of them to prep for the MIsty fight. Yes I am aware that this makes me sound even dumber now. But It worked, and here's why. Gen 1 is stupidly broken, as if the fact I fought Brock with Onix, Nidoking, and Slowbro wasn't obvious. Dig and Fly have the Semi Invulnerable property during charge meaning that you are immune to most attacks when you use them, well if you hit yourself or are fully paralyzed in gen 1 during this time, you keep the invulnerability until you use the move again. With Sand Attack and Diglett's high speed I can go for -6 on Vaporeon and then Spam Dig and hope. Then you spam Slash and you just win.

Welcome to the SS Anne. This Rival fight sucks. He has softboiled on the Mew so the fight was basically just hoping he didn't use softboiled and just died or that's what I would say if the AI didn't have an absolute fit and just swapped mew out into random Eeveelutions I assume because it kept seeing that I killed them with Slash or Dig so it keeps swapping to keep that from happening allowing me to take the win. I'll take it. I also learned Diglett cannot learn Cut in Red and Blue it could only use Cut starting in Yellow. So now I have only 5 Digletts for Surge. I ended up using the same strategy as Misty to win. Though he was the easiest by far.

I haven't really been going over caves or routes in this because not a lot happens, I win some fight, black out go back rinse repeat until I win. But Rock Tunnel, I will say I very much hate this place and the map design is truly made by a sinister person. I forgot to get Flash and to my knowledge I cannot go back to get it because there is a ledge in the way and the last pokemon center I used was by rock tunnel. Though not all hope is lost if I save the game in the tunnel and then use Dig the screen flashes momentarily allowing me to see which then I can reset and get around slightly better. I am currently up to a Hiker fight that is possible in theory but the AI really likes to not miss which is just fantastic. He has also taught me just how much the AI cheats in this game, yeah we all know that the AI will choose a move after you move so there is no counter play really, but did you know the AI can Super Potion during Dig, neither did I, I also learned it can swap during dig too. Once I get past him I will make sure to update this and hopefully the rest of the trainers here aren't as difficult.
Beaten Fire Red with only Shedinja, and currently playing through Blue Kaizo with no EXP, talk about hell.

Seen 3 Days Ago
Posted November 30th, 2020
2 posts
56 Days
2
November 30th, 2020 at 11:21 PM
I Feel BAD FOR YOU jesus christ that must be true hell just like how cassidy tortured william afton from fnaf in her personal hell. i feel bad so sorry i did a difficult rom hack like blue kaizo its name is radical red MY GOD BEST HARDEST ROM HACK OF ALL TIME ITS AI IS improved and very difficult to counter but not impossible its very well developed and has all gen 1-8 pokemon basically pokemon showdown in rom hack version sooo enjoyable you really must try it its like solving some sort of very hard puzzle amazing rom hack Blue kaizo is just unfair stupid and a trash game in opinion honestly a hard rom hack should have 3 qualities
1.Improved AI
2.Fairness
3.Strategy
4.Not making the next boss impossible and boom there you go amazing rom hack