You should ask him.

Nailed it!
Yeah, I use the "cool" site. It doesn't work. I just get an error if I try to patch the story patch or whatever. I just give up, meh.

Or, don't patch it at all. Just make sure automatic patch loading thing is set on VisualBoyAdvance and then name the gold rom to the same as the patch and it will work.

Asking before i start training one of them :asd:

Asking before i start training one of them :asd:
Nope it is not. I didn't ever think of that.
Too late now.

Seen May 13th, 2019
Posted August 17th, 2014
24 posts
7.5 Years
408
June 24th, 2014 at 4:24 AM , since edited
What are Pumbloom's and Missingno.'s base stats, out of curiosity? They're a part of my team no matter what (Pumbloom is adorable, and Missingno. is a classic - and it would be remiss not to use a pair of unique mons like them), so I'm not asking for /that/ sort of reason. Pumbloom's stats seem all-around low - perhaps to make up for its decent learnset? Missingno. seems the opposite - stellar stats (especially defense and special defense) but shallow movepool.

For anyone curious about the learnsets, these go up to lvl 55. Pumbloom seems to learn a move every 5 levels, and Missingno. every 10 levels.

(Pumbloom learns nothing at 55, so I assume that's the end of its learnset)

Both of their TM learnsets are pretty shallow (Missingno.'s is certainly nowhere near as broad as the actual Missingno.'s TM set was in RB); the only really good compatibility that I've found is that Missingno. can learn Blizzard. Of the HMs, Pumbloom learns Flash, and Missingno. learns Fly, Surf, and Whirlpool (and maybe Waterfall, though I'm not sure if it's in the hack (have just defeated Mauro, so pre-Elite-4)).

I really liked Missingno.'s place in the story, by the way (and since it's relevant to that: Flynn was a great fight!), though it would have been neat if some folks in Cinnabar mentioned them too (it's possible that Missingno. are the reason why the eastern shore is walled off, but that could just be the remaining lava flow from GSC's Cinnabar map, plus I didn't find any NPC who talked about it).

Male
Seen 6 Hours Ago
Posted 3 Weeks Ago
309 posts
7.9 Years
409
June 25th, 2014 at 1:49 AM
Originally Posted by anaphysik [ Original Post ]
What are Pumbloom's and Missingno.'s base stats, out of curiosity? They're a part of my team no matter what (Pumbloom is adorable, and Missingno. is a classic - and it would be remiss not to use a pair of unique mons like them), so I'm not asking for /that/ sort of reason. Pumbloom's stats seem all-around low - perhaps to make up for its decent learnset? Missingno. seems the opposite - stellar stats (especially defense and special defense) but shallow movepool.
I found this in my notes for Pumbloom:
Base stats
hp: 100
attack: 65
defense: 65
special attack: 70
special defense: 70
speed: 45

Missingno.'s stats are the same as Mewtwo/Lugia/Ho-oh, but rearranged - probably most similar to Lugia, who is also defensively-oriented, but in the opposite way as Missingno. 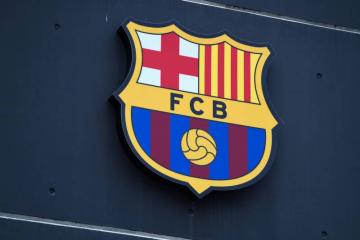 The Storm of Friendship

(I mean, I guess I could gameshark-code a leaf stone in for my Weepinbell, but the hack really shouldn't require that to be done :/.)

EDIT: A moon stone can be gotten from the Pewter City science museum (accessible after 8th badge).

Seen May 13th, 2019
Posted August 17th, 2014
24 posts
7.5 Years
415
July 14th, 2014 at 1:04 PM , since edited
Originally Posted by death_bringer [ Original Post ]
where to get HM surf?
Ive got 4 badges and im stuck in the cave where you have to find the caveman's wallet.
There's a man in front of the Brandeis pokemart who will entrust the wallet to you once you beat the Brandeis gym leader (always talk to NPCs!). Return it to the man in the cave in exchange for Surf.

(Also, use the search thread function. This question has already been answered.)

EDIT: Since it hasn't been mentioned in the thread already, I'll note that Fly can be obtained by delivering the package from the Gamboge post office to Prof Oak in Pallet.

It's a great hack, just would like to know more about fakemon since i dunno if they are worth using or not.
CAN YOU HANDLE THE SIZZLE?!

Male
Seen 10 Hours Ago
Posted 1 Week Ago
992 posts
6.3 Years
422
January 27th, 2015 at 3:36 AM
Where the heck are the leaf stones? If Bellsprout is catchable then there has to be leaf stones available too. Or is some other stone used to evolve Weepinbell to Victreebel for this hack?

Also I'm trying to breed a few pokemon with good IVs (or DVs rather, due to the G/S/C having a different code bse to the third gen games) to get good hidden powers for a lot of them and I dunno where to find TM10 to teach this Eevee I just bred.

GET WHILE THE GETTIN'S GOOD

Male
Lootin' Your Poké's
Seen December 4th, 2016
Posted December 4th, 2016
1,250 posts
6.3 Years
424
February 13th, 2015 at 5:20 PM
Would it be possible to 'update' it or is it locked that way? I'm all for improvement! Although forgetting one thing is actually quite the feat, as the official ones had a couple problems. All in all, solid job. Like, Bronze solid. Hope to see you pursue this and come up with even greater ideas! Cheers.

Edit: this is the first time I've actually posted in this section.

Male
Seen March 13th, 2015
Posted March 13th, 2015
3 posts
5.8 Years
425
March 13th, 2015 at 10:41 AM , since edited
completed game, it was simple , Fun, and reminescent, if ur making any edits like including the leafstone , could you include the team and player photo , after all the pokemon get inducted into hall of fame , kind of my final screen shot to remember what game i played and completed. Good job!
edit: pumbloom s defence was amazing, when i played against trainer with him and brought him to the league as backup:)
Advertiser Content