Totally, it took me about 99.49 hour to completed everything including all 28 unowns (except the 100-hour medal)

I'd like to say that this is my most favorite Pokémon fan made game in this site and thanks again for making this game
Great! You are very fast! And the first one (that I known) who got 100% on 1.3!

Originally Posted by chula [ Original Post ]
I haven't try version 1.3g yet
This version only has 3 fixes: One is very small, other is probably unnecessary and other is the update/lose crash fix.

Originally Posted by chula [ Original Post ]
but see you again in version 2.
I'm also thinking about starting a new journey in the next version. Not so sure but it's likely to be that way.
Nice! By the way, on 2.0 I change a little the game structure so isn't possible to import the save. Maybe I will create something like a Pal Park if several people request for importing his pokémon. 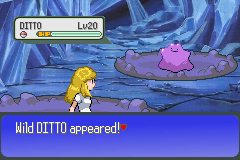