Get your game on!

Ace Attorney series- There hasn't been a new entry since Spirit of Justice for the 3DS. UNBELIEVABLY UNDERRATED.

.hack series- This series is SO MUCH BETTER than SAO it's not even close. Bandai Namco treats it like muk and keeps beating the SAO dead horse and is clearly an obsessed fangirl over it.

Pokemon Mystery Dungeon series- This is my favorite Pokemon spinoff series. Even if I do struggle with it immensely and hate it every time I play a new one lol. I think they could do something interesting where the player and partner are actually villains for once (like a part of an outlaw or a thieves guild) but eventually get captured and go through a redemption which eventually leads to the WORLD SAVE lol

Last... but certainly not least...

Klonoa series- Yeah... um... this is just IMO obviously but this is the most UNDERRATED, UNDERESTIMATED, UNAPPRECIATED platformer series OF ALL TIME. Yet another franchise abandoned by the obsessed SAO fangirl that is Bandai Namco. What the hell ever happened with that trademark that appeared to be for a remaster?!

This is all I can think of right now but I might post again with more if I think of more
PROUD Anti-Brony
Wreck Everyone & Leave. The Roman Reigns (UNIVERSAL CHAMP) of the internet.

Age 26
Male
Seen 4 Days Ago
Posted 5 Days Ago
550 posts
143 Days
3
April 6th, 2021 at 5:17 PM
Hmm...
-Megaman Battle Network: Only played #3, but loved it. Played starforce, but wasn't the biggest fan. Seemed like a watered down version of it...
-A better Spore sequel would be nice, even if I am a Christian now. It had a lot of potential.
-A proper pokemon stadium sequel.
-Kirby Air Ride 2
Proud Christian ^_^
CelloX's Hall of Fame
VPP | Currently Raising:

Flying the flag for Ukraine in the 2021 PokéCommunity Eurovision Event!

Female
Infinite Insanity
Seen 13 Hours Ago
Posted 2 Days Ago
948 posts
4.3 Years
6
April 10th, 2021 at 5:38 AM
Dynamite Headdy for Sega Genesis should get a sequel and I will say that til the day I die!
Once you give a Pokemon a personality, you can't go back depending on the severity and purpose of it. It's no longer just a "pixel" in your box.

Art | Moderator of Previous Generations | Come and visit VPP
Have you found the window to the world or are you still listening to your words echoing from the walls?

Any pronoun
Seen 7 Hours Ago
Posted 9 Hours Ago
250 posts
89 Days
10
April 10th, 2021 at 4:22 PM
Wants another entry in the Pokemon Trading Card game. Specifies something focused on single-player. Pushes online play versus humans a lot for recent card games.

Age 31
Male
Ohio
Seen 21 Hours Ago
Posted 2 Days Ago
1,023 posts
13.7 Years
11
4 Weeks Ago at 7:50 AM
Originally Posted by Janp [ Original Post ]
I would love new Spyro game, since Crash got sequel recently.
There are rumors that we're getting one. There was a tease for one in some sort of art book for Crash 4.

If you want more information... 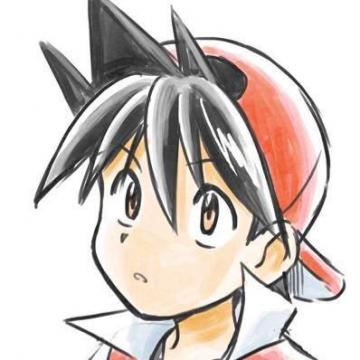 He/Him
ilex forest, johto
Seen 2 Weeks Ago
Posted 4 Weeks Ago
16 posts
45 Days
12
4 Weeks Ago at 11:21 AM
I would LOVE a followup to 2008's Castle Crashers, an amazing side-scrolling beat em up with great visuals + controls. It's been ported to nearly every platform at this point, most recently to the Switch, but a proper sequel would be very dope.

Golden Sun - Reboot or Continuation
Klona - Reboot or Continuation *Beat's Namco with a baseball bat for focusing on lawsuits, anime *****'s, Pacman, and Publishing other titles*
Oni - Reboot, The type of combat and FPS element to this is too good to ignore.
Freedom Force - We have comicbook hero flicks from the MCU to the DCU and games around all of this, so why not this series as well get a revival? Since now we have other 'locations' acting as they are now.
Steambot Chronicles - New Title; the original game was about side-questing, that's all we do in Skyrim and Valheim. Just do the same with this I.P. except give the player's home's to built with their mech's. Looking at Atlus about this.
Vectorman - Reboot, Killer Sound Track, hard to beat.
Princess Tomato in the Salad Kingdom - Reboot, If anyone hasn't played this yet for it's charm; I recommend giving it at least 15 minutes before ignoring it.
Jade Empire - Reboot or Continuation, Kung-Fu RPG epic.
Fat Princess - Not the puzzle, not the looter-dungeon-crawler. Just the traditional top-down cartoon violence with the blood and cartoon gore capture the flag.
Tetrisphere - Reboot, this game is just a personal favorite and shouldn't be difficult to remake/republish in today's world.
Skies of Arcadia - Reboot or Continuation; Sky pirates, flying pirate ships, giant mechs to take down with those ships and a beautiful world with a mechanic to encourage players to explore it.
Metal Arms - Reboot or Continuation. Like Tetrisphere, a personal favorite I'd like to see remade or giving a new title too; shooter with rough language and multiplayer where you can hi-jack robot's.

Thank you.
*Bows*
*Walks away from Mic* Age 23
Male
Land Down Under
Seen 4 Hours Ago
Posted 3 Weeks Ago
811 posts
5.7 Years
14
4 Weeks Ago at 8:06 AM
I would love to see a new Spectrobes game! I think that the series has so much potential with what games can do these days if someone can pry it from Disney's grubby hands; Pokemon meets space travel, what's not to love?!