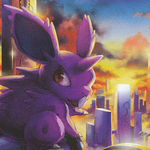 Am I more than you bargained for yet?

Rating: PG, I guess, for one swear word used exactly twice. Though since this forum censors those out anyway, I guess that'd be G.

Author's Notes: I'm afraid this is more a conceit than an actual story; it wouldn't quite bugging me until I got it down, though. I hope you like it anyway.


Wake-Up Call
Derek was awoken by the happy screech of some little kid running by on the street behind the house. For a blurred second, he lay where he was, cursing all children and the sunlight that had by now made its presence known, before his less petty brain functions caught up with him.

Wait, kid? Shouldn’t be any kids running around at this—aww, ****! A loud rustle of blankets as he turned over, one squinted eye fixing on the face of his alarm clock. Disbelief gave way to horror as he realized that those solid red numbers couldn’t be lying, that it must actually be eleven-thirty…

Roaring another curse, Derek struggled free of his tangled covers and stumbled, half-falling over his laptop in the process, towards his dresser. Presentation was a lost cause now, he decided as he threw on the first things that came to hand. So long as it was passably clean, it was kosher. He couldn’t believe he’d slept in, must’ve forgotten to set the stupid alarm, couldn’t believe it, and especially today of all days—

For a moment all Derek’s energy vanished into a pit of bleak realization; he was left with both arms raised above his head but leaning in the air like puppets cut free of their strings and his shirt only half pulled on. Oh, God. Oh, ****.

And then it was back into action again, even more frantic than before. Forget the teeth, forget the hair, he thought, raking his fingers through it until it hung in less a mat than a limp tangle around his head. Not that it really mattered much at this point if he was just a little more late, but the compulsion to get out of the house was strong.

Derek thundered down the stairs, grabbing the wobbly old post on the bottom step to swing himself around towards the kitchen before his feet even touched the floor. By now he couldn’t ignore the smell of toast that his panicking brain had been too wired to notice earlier. He skidded out onto the linoleum and made a grab at a piece as he went past the table.

He’d already started stuffing the toast in his mouth when he turned to find his mother standing at the sink, an apron over her clothes and a scowl on her face.

“Mom, I’m late!” Derek protested, spraying crumbs everywhere before cramming practically half the piece of toast into his mouth and chewing furiously.

“That’s no excuse for barging in here and wolfing down the first thing you see. That toast was for Sarah!”

“Sorry! Fine! I’ve got to get out of here anyway!” His words were already slurred by his mouthful of burnt bread, but he crammed the rest of the piece of toast down the hatch anyway, then turned to leave.

“Oh no, you don’t! Sit down and eat like a civilized human being!” His garbled protests were overridden by a sharp, “You’re already late, so a few more minutes won’t hurt. You need your strength. Eat something.”

Derek espied a jar of peanut butter sitting expectantly on the table and started slathering the next slice of toast with a gooey layer of peanut by-product. “Why didn’t you wake me up, mom?”

“I’m not responsible for you. You’re practically an adult, Derek. You should be able to take care of yourself.” His mother was clattering around in the cupboard, looking for the toaster. “You need to learn to accept the consequences of your actions.”

“But today, mom? Don’t you remember what today is?” His eyes were all accusation as he trained them on his mother’s back. She turned to him with a sigh.

“Yes, Derek. But just think about it: If you can’t even get yourself out of bed on time, do you really think you’re ready for such a big responsibility?”

“Of course I’m ready!” He came dangerously close to yelling, though he didn’t realize it until he saw the dangerous glint in his mother’s eye. Shoving the last of the toast in his mouth, he pushed back his chair and dashed from the kitchen before she could stop him. He pretended that the slap of the screen door slamming drowned out the sound of her goodbye.

The way to the lab was a blur; the next Derek was conscious, he was standing before Professor Oak himself with the uncomfortable impression that he’d been yelling again.

The old professor’s eyes were sympathetic, but his voice was nevertheless stern. “I’m sorry, Derek. The trainers came for their pokémon hours ago. They were here on time, and they deserved what they got.”

Derek found himself unable to bear the professor’s gaze and dropped his eyes to the floor tiles, muttering that he was sorry, and that it was his own fault, and that it wouldn’t happen again. Half of him wanted to punch the professor, but the other half thought this only made him more disgusting—wanting to punch the man for something that was entirely his fault.

“There’s always next year, Derek,” the professor said, and Derek shook his head, eyes still on the floor. It didn’t work that way.

“Here,” the professor said, putting a hand on Derek’s shoulder. “Why don’t you come and look at the starters we’ll be giving away next year? We need to start prepping them for life with a trainer, and we might as well get started.”

Derek nodded and allowed himself to be led along. He was fascinated by how different the lab looked when reduced to an expanse of tile and a low strip of wall on either side of his vision. It was soothing; much more soothing than it would have been to encounter it at proper eye level.

When the tile turned to grass and the walls dropped away to nothing Derek couldn’t help but raise his head. The lab had an expansive reserve rolling out behind it, long grass stretching over low, gentle hills. The pokémon they’d come to see weren’t far, though, huddled together near the lab’s open back door and engaged in conversation. All three looked up as the humans approached, going silent at once. Derek had to smile at that, but the expression was almost painful to attempt.

The professor was standing behind him, saying something, probably important, as he knelt down. The bulbasaur grunted and sniffed at his hand as he held it out, then allowed him to rub its head. A bulbasaur just like this, that’s what they’d given away this morning. The trainers would’ve piled in, humming with excitement and eyeing one another all through Professor Oak’s speech, wondering what the others were going to pick. And then Alex—yes, it would have been Alex, he’d be the next in line—would have told them to line up, get their pokedexes, pick their pokémon.

But he’d have done it all wrong. He wouldn’t know that the charmander hated to be picked up, or that the bulbasaur was deadly afraid of spiders. He wouldn’t know that the squirtle’s favorite fruit was pineapple, or the best way to calm the charmander down after someone, for example, decided to pick her up. Alex didn’t know anything about them, and he would have just given them away without letting the trainers know, without telling the kids what they were really like. The pokémon would have been nervous, too, eyeing each other all through Professor Oak’s speech and wondering who was going to pick them. He hadn’t been there to tell them that everything was going to be all right, that they were going on a great adventure and the next time he’d see them they’d all be strong and grown up. Certainly Alex hadn’t told them any such thing.

“When you’re done out here, I’m going to need you to come and help me round up the furret again. They got loose last night, and I can’t for the life of me find them,” Professor Oak was saying at a distance. Derek knew without turning around that the man had left and sat for a long while with the starters, pretending that the sound of the back door shutting drowned out the goodbye he hadn’t had the chance to say.

Seen July 21st, 2009
Posted December 12th, 2008
22 posts
13.6 Years
2
October 3rd, 2008 at 7:29 PM
That was very original, seen through the eyes of someone completely new and different.
It was well written and there weren't too many gramatical errors. Reading your fan fics has really opened my eyes to some of the finer points in the pokemon world, such as all the work that's put nto training and prepping the starter pokemon that are for new trainers, and such things.
Kudos to a good one-shot piece.