[POT2W] Poll of the Week → Rules and Guidelines - The PokéCommunity Forums
This thread is closed. It will not accept new replies. 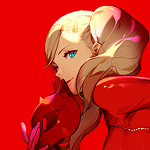 Poll of the week

As decided by myself and fellow staff members, we've decided to host Poll of the Week for the umpteenth time. Taking into account the recent activity of OVP we thought it would be nice to give it another try. However, unlike the last couple of times PotW was hosted, there shall be a minor (or major...?) difference. That shall be stated below as well as information on how the scheme actually works.

* Rewards - The winning poll shall be stickied by a moderator or any higher staff member for a week, and the user whom has made their contribution by making the poll itself shall receive an Emblem as a reward for their efforts.

Your chances of winning will take a horrible nose dive if you neglect any of the following rules in place:
That should be it for now, following this post shall be a "Hall of Fame" where winners shall be shown. I wish the best of luck to you all and I hope you do enjoy what we have to offer.

Should you have any concerns about Poll of the Week or any eligibility of winning, please do contact me and I shall tend to your query as soon as possible.

Credit to Sana for the original rules and information.
“Dance, Carmen!” ☆★