Age 23
Male
Lisbon, Portugal
Seen August 15th, 2016
Posted September 23rd, 2013
49 posts
9.8 Years
1
June 16th, 2012 at 4:43 AM
The Game it self theoretically its rated 16+ by reasons you will see in the feature list, the topic, screen shots and videos contain 0% of this content, if the Thread and Game are still against rules, please let us know. Thanks.
Also, if moderators think the game is developed enough already to go intro the Main Showcase Forum, please move it.
Fakemon Celestite
(Luminous Dreams & Silent-Wolf)

~ Introduction ~
This projects has been around for a few years but never became an official fangame till about a year ago. Early on it was an addition to my friend's, Donlawride, fangame "Pokemon Nightmare", but as a branched out and found my own team, "Fakemon Celestite" become my own game as well as a little bit of a tribute to his game. With the help of my great programmer, RMXP and Pokemon Essentials this game is completely from scratch and not just some hack (no offense to hack games).

Our team is pretty new to working on a game but at the same time we're all pretty experienced too. Our biggest issue is creating new scripts so if anyone can assist with that it would be greatly appreciated.

Now prepare for Pokemon like you've never seen it before; so outside the box many don't even call it Pokemon anymore! So welcome all to Fakemon Celestite!

Founder,
-Midnitez
(Quick Explanation: The One posting, me, is the "Programmer" of the game, with the Allowance of the Owner to post the game here)


DeviantART Group
Silent-Wolf Facebook Page
~ General Game Story/Info ~
You begin as a young average boy named "Joshua Midnitez" on the eve of his 15th birthday awaiting the next day for when he will become a trainer. Unfortunately things don't go accordingly to plan and some difficulties emerge withing his immediate family.

In a childish plan to safe his future he runs away from home and falls into a deep slumber where he is brought to the dream world known as "Luminos". Here he meets his new friend and rival "Alice Williams" who is also a dreamer like him and together they explore the mysteries of the new world of dreams.

The game itself has a fixed time of day that change based on events rather than a 24 hour clock. Pokemon in Luminos are divided into 2 groups; "Dream Pokemon" and "Nightmares". The Dream Pokemon are friendly and can be caught through battle or event to help you through your journey. Nightmares are un-catchable and strictly for battling and level grinding like trainers.

The main story is very easy to navigate and you're basically told where to go or what to do. But that is just so you also know what extra things you can do. Lots of extras like sidequests, bonus Nightmare bosses and areas that you can find throughout the day if you look for them.

You play as a fixed main character so no choice of gender or name.

The game has a 16+ rating so expect a little, blood, swearing, mature themes and possibly some brief nudity.

The dream world is not only filled with Dream Pokemon, Nightmares and humans but also fantasy animals and 8-10 fantasy humanoid species!

All new fakemon donated from many artists.

Every character is unique in name, bio and look! We aren't going with the whole idea of same NPC character model but different names.

The "Pokemon League" will be replaced by the "#1 League" where as all trainers are given a upgradeable rank rather than a fixed trainer title. As the day goes on the champion (#1) will always change so if you become the best someone new will still take your spot later.

More and more stuff as the game develops!

~ Videos and Let's Plays ~
There are a small handful of people who are recording video walkthroughs of the game, well here is where you can find the videos. (All the Names are as DeviantART Usernames)

If you want to become a Video-Hoster, please, comment bellow.

1. Only works if you have a PC.
2. If you have antivirus running you need to temporarily turn it off to play, if you don't it won't download.
3. Go to the options and make sure your text isn't set to "DP". If it is then there will be no spaces between every word so make sure to change it before you play.
4. Finally, everyone needs to start a New Game! If you don't and start from an old continue file the game won't work, so everyone old and new has to start fresh!

1. Follow download link to Mediaflare, once there click the big green download button.
2. Select save file and after it's done downloading right click the downloaded file and select Open.
3. A pop-up should come up asking you if you want to run or cancel so pick run.
4. From there you'll need to select where to save it, just go with the default.
5. Now head to your downloads folder to find the file called "Pokemon Celestile" which should have an icon that looks kind of like an orange gear. Click it and select run.
6. Now you should see a folder called "Pokemon Celestile" so open it.
7. Within the folder will be a file called "Game" with that orange gear icon again, click it to begin the game.

All new characters and new Pokemon!

A hidden sidequest and a battle against your rival!

*V1.5 end when you finish the gate scene*

~ Team ~
There are plenty of people in the team, but mainly making the game it's just the top four senior staff. (All Usernames as DeviantART Usernames again)

And finally all the artists who are donating their OCs/FCs and all the supporters of the game!


~ Help Required! ~
As listed above, ~saadimran is our RGSS programmer, but somehow, he has been missing, and there is no one in the Team with RGSS - Pokemon Essentials Scripting Knowledge to help program a exclusive feature called the Diary that includes a Quest Log, Charather Bios, Dreamdex & Nightmare List, etc.
If you are interested, please drop a comment bellow or send a private message! Thanks!


Thank to all of you who have read this thread and supported the game!
~ Luminous-Dreams + Silent-Wolf 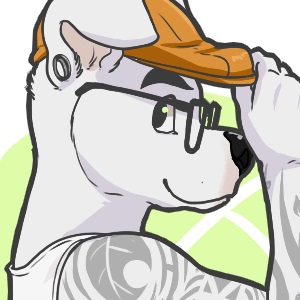 I trust you and Midnitez will keep it going steadily, so I'll be checking in for news! (as if I didn't on dA already xD)

We plan to add some OCS and Battles Today into this very very Floor :)
(Moved Account on 29th August to JorgeAamelo)

All Hail the Glow Cloud

The Night Vale Car Lot
Seen February 2nd, 2015
Posted December 11th, 2013
69 posts
9.9 Years
5
July 20th, 2012 at 10:57 PM
Dang those screens look fancy. Other than a few errors in grammar and spelling in the screens, but I take it this is being made in German first I take it? Why the need for maturity, though? Can't you make a censored/non-mature version? (I mean, I'm almost 16, but maybe those younger than the age will wanna play). Will see about downloading it when I get to a computer/internet resets.

And no, the game is being developed right in English =P
(Moved Account on 29th August to JorgeAamelo)

All Hail the Glow Cloud

The Night Vale Car Lot
Seen February 2nd, 2015
Posted December 11th, 2013
69 posts
9.9 Years
8
July 23rd, 2012 at 8:20 AM
Okay, I just played. I noticed a few errors.
Terrain errors or something in the trees and such. I could walk in/through trees, and in Never Ever After, I was able to walk through the whole entire map, including the black, by walking through the lamps. A few more also, like being able to pass the guy at the beginning, who said you couldn't leave without a pokemon. I was able to right after talking to him.

Other than the errors, good work so far.

Biggest Impact goes to the bottom screens: As Midnitez wrote in his deviation:

Screen4- The Diary feature is now up and running thanks to our scripter ~saadimran!
Screen5- Joshua battles a StalkU Nightmare in the Bellonuit Mansion. StalkU uses it's signature move "XIII Chances"; it's a basic move but only has 13 pp! Obviously a KH2 inspired move for a KH2 inspire Nightmare. ^^
Screen6- Finally the meeting of the maid Vivia who welcomes you to the Bellonuit Mansion!
Now I can wait till I start working on the top floors events. :3
(Moved Account on 29th August to JorgeAamelo)

The Legend Of Chaos

when will this be done? (estimate)
Chaos - A Fascinating Pokemon trainer from Kanto. Once battled Red and won.

Go to www.pokecharms.com/trainercards/ to make your own trainer card. Happy creating! 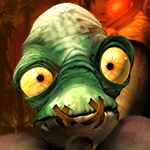