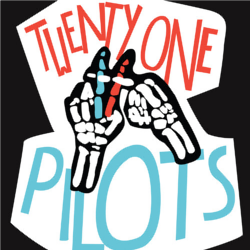 i don't care what's in your hair


Hitman is an action-adventure stealth video game series developed by the Danish company IO Interactive. The game series has since expanded into a novel, Hitman: Enemy Within written by William C. Dietz, followed by Hitman: Damnation which is an official prequel to the installment, Absolution, and a Hitman film adaptation in 2007, which is loosely based on the storyline of the games. The series revolves around Agent 47 (usually simply referred to as "47" or "Mr. 47"), a cloned assassin-for-hire, whose flawless record places him in high demand among the wealthy and elite.

The core objective in each level is to kill assigned targets (usually multiple and sometimes additional targets as an optional bonus). In most cases, Hitman allows the player different options to accomplish this task. Players can perform precise assassinations or slaughter indiscriminately in order to achieve the mission goals; however, the games reward a subtle approach by awarding special weapons or cash bonuses if players earn a favourable rank (usually achievable by eliminating only the assigned target, and without raising the alarm doing so). 47 can also wear a variety of disguises (such as repairmen, police officers and waiters) to fool enemies and gain access to restricted areas. The focus of Hitman is not hiding in the shadows from the enemy, but rather blending in amongst them. It is up to the player to initiate violence, since guards do not usually open fire unless provoked.

A major feature in the game is the 'tension' meter, detailing how much attention the player is receiving from the public or guards and is dependent on many things. For example, walking around in a guard's uniform with the correct corresponding gun won't gather much notice, whereas running around in a waiter's uniform in a restricted area while carrying a visible weapon instead of an appetizer tray will result in an unwanted confrontation with the guards.
In most cases, 47 is required to hide any dead bodies, to prevent alarms. As introduced in Hitman Blood Money, 47 can hide a body in a place such as a garbage dump/rubbish bin. Many targets can be assassinated without firing a single shot; this style of gameplay became more prevalent in Blood Money, where the focus was to make some of 47's hits look like accidents. Accidents can be caused remotely with RU-AP mines acting on some (usually heavy and suspended) object, directly by pushing someone over a railing, and by other, more elaborate methods such as:
Source: Wikipedia

Welcome to The Agency, where great skill and determination can be put to use for high-priority assassinations. Our clients come from all around the world, Politicians, Religious Leaders, even School Teachers. Everyone with enough money to commission our services is a potential customer. If you have filled the Recruitment Form, The Agency needs your help. Agent 47, one of our top operatives and most elite assassins, has gone rouge. He is a direct threat to our secret society and is extremely dangerous. This is why we have assigned all of you with finding him, and eliminating him. Don't be fooled however, for he is no amateur. He is a master of disguise and stealth and it would be in your best interest to proceed with caution. Find him, and carry out your mission with extreme prejudice.


To maintain order, The Agency has put in place some guidelines for our employees. If you work for us, you must abide by these rules. Otherwise, expect to receive the same treatment as Agent 47. Here is a short list of our corp. requirements:


If you are a guest here at The Agency and would like to join our ranks as an assassin, feel free to fill out the following form at any time. We accept anyone and everyone, so don't be shy:

the songs on the radio are okay.
but my taste in music is your face
Advertiser Content