Male
Seen May 4th, 2015
Posted December 6th, 2014
6 posts
5.6 Years
1
November 29th, 2014 at 6:18 PM , since edited
I've been working on finding anime-style Pokemon cries for every Pokemon from #001 to #492 for my Pokemon fan-game. After seeing the success of the All Animations Project I realised that by collaborating with the community this process could achieved at a far greater pace and at a greater quality. This finalised version could be shared with the general public and used in Pokemon fan-games.

There have been multiple attempts to do this in the past, however there are no currently existing projects to find anime styled sounds for all the pokemon. All other projects have disbanded or disappeared, none of which have had their progress downloadable.

Currently I am in the process of archiving all sound sources I have and searching to find more sources for any missing sounds or low quality sounds.

If anyone is interested in helping with this project please post any sounds that are missing and/or any sounds that you can find. the most time-consuming of which is Pokepark 1 & 2 as I need to go through every file to find which file belongs to which Pokemon. It would also be helpful if anyone has found a source for the Pokepark 1 or 2 ripped sounds that has been indexed, the version I have has all audio files numbered from 0000 to 2523. A version in which files have been named after the Pokemon which makes the sound would be appreciated.

Here is a spreadsheet of all currently sourced sounds:
https://docs.google.com/spreadsheets/d/19MkLu7BUGeeT_unWaOEcpYrHL-0ODnkUPUCI-Ir9sYo/edit?usp=sharing

Any red coloured cells in the spreadsheet correspond to Pokemon that I have not managed to find a source for, these can be sourced from games, the pokemon anime or even created by fans however these must be of a high quality. 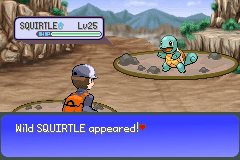 How to make a game (with emphasis in Essentials)

Male
Seen May 4th, 2015
Posted December 6th, 2014
6 posts
5.6 Years
3
December 1st, 2014 at 4:33 PM , since edited
Yeah, this isn't the first try. As I said, there have been multiple incomplete attempts to do this in the past but all have dead links with non-active users. Nonetheless I wish to get this done for a personal project and I feel that if there are others who want to do this it will be more efficient.

Male
Seen May 4th, 2015
Posted December 6th, 2014
6 posts
5.6 Years
5
December 5th, 2014 at 7:16 PM , since edited
First Update:
I have managed to obtain sounds from Super Smash Bros 3DS. Whilst no new sounds have been obtained, higher quality versions of existing sounds have been found. 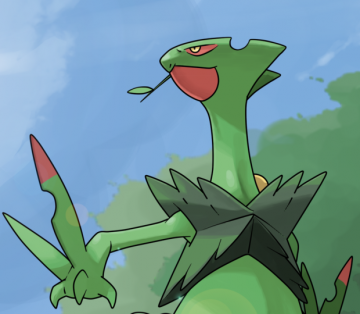 Male
Seen May 4th, 2015
Posted December 6th, 2014
6 posts
5.6 Years
7
December 6th, 2014 at 5:17 PM
Personally I dislike the Pokemon cries in the games. As a child I really enjoyed watching the Pokemon anime and I feel that there should be consistency between the two forms. I don't think it would be difficult to adjust the volumes, I can batch normalize the volume of the audio files. I certainly do not feel that using anime cries would have any kind of negative effect on my game and I do not think that the game cries would have any benefit for a 2d game.