Here's a little preview on where you start your journey in the region of Ibaro:

I feel like it's been ages since we last updated, right? Here I, on behalf of Team PHG, present our Monthly Development Update!~
During the past few weeks we have accomplished the folllowing:
-Planned out the characters for the game
-Mapped several towns and routes
-We got ourselves an amazing Music Director!
-Awesome spriters showed up.
-Polished the story we want you to experience.
-Revised the region map layout
-Implemented Crafting System into the game!
and still..WE ARE NOW RECRUITNG THE FOLLOWING VOLUNTEERS:
1. Sprite Director - We need someone really experienced who can lead us, can make really good sprites; do quality control

2. Spriters - We need people who can make custom battle sprites for the protagonist, etc.

3. Pokémon Cry Makers - We need people who can help us in making custom Pokémon cries.

4. Composers - We need someone who can make new tracks and/or rearrange town themes, encounter themes and battle themes for the game.

5. Lead Artist - We need someone who can redraw our characters and Pokémon. Someone who knows how to draw in style similar to one for the Pokémon Franchise.

6. Animators - We want to implement new moves for the fangame's meta. We need people who can make pixel animations for these.


Thank you for your support and interest!
Join us at our official server: https://discord.gg/3XXcuRj
HARNESS THE SPIRIT OF VICTORY!
- PHG Dev Team

Unofficial Logos
What is Pokémon Honor and Glory?
Pokemon Honor and Glory is a (paired) fangame/s made for fans by fans. The game/s feature a new culturally diverse region & great biodivesity of both old and new Pokémon about 90 of which are just recently discovered and can only found on that region.

Welcome to Ibaro: Islands of Yonder
Welcome to Ibaro:
The Ibaro Region is the setting of Pokémon Honor and Glory. This archipelagic region is located on the tropics of the Pokémon World. It has rich culture, being a melting pot of different cultures from several regions of the world like Unova, Hoenn and Alola. The region of Ibaro also has a unique history, with each island having its own interpretation of the Ibarran Epic.

Lore:
Here is an excerpt of the Great Ibarran Epic: Once there were only just the endless heights and the infinite deep. Nothingness slumbered between them. Out of Nothingness, an unknown force whom the ancients revered as the Great One created two powerful entities to guard the Zenith and the Nadir. Since time immemorial, the two ruled over the frontiers of both seen and unseen. One day, out of nowhere, a vessel emerged from another world. That vessel contained the first humans and their Pokémon. They are considered as the Great Ancestors. The unnamed place where they emerged is what's known today as Ibaro.

Male
Philippines
Seen 2 Days Ago
Posted 1 Week Ago
83 posts
1 Years
6
November 28th, 2019 at 4:11 AM
Originally Posted by DrakeSycamore [ Original Post ]
Can I be the one to help you with?
Sure! Any form of help is greatly appreciated. There's not much progress because of studies but sure!

Male
Seen 2 Weeks Ago
Posted November 28th, 2019
2 posts
2.1 Years
7
November 28th, 2019 at 10:43 PM
Originally Posted by Zephdo [ Original Post ]
Sure! Any form of help is greatly appreciated. There's not much progress because of studies but sure!
In what chat group I have to go?

Male
Philippines
Seen 2 Days Ago
Posted 1 Week Ago
83 posts
1 Years
8
December 1st, 2019 at 9:11 AM
Originally Posted by DrakeSycamore [ Original Post ]
In what chat group I have to go?
I just made a discord server! If you'd like, please add me: zephdo#5667

Male
Philippines
Seen 2 Days Ago
Posted 1 Week Ago
83 posts
1 Years
10
December 1st, 2019 at 7:04 PM
Originally Posted by jensmoking [ Original Post ]
This is gonna be a hack rom or an actual game? If so, what engine are you gonna use?
Besides the scripting thing, I'm pretty sure that I can help.
Hi jensmoking!~
Thank you for having interest in this project! We appreciate all the help we'll get!~ It is still not planned whether Pokemon Honor and Glory version(s) will be a romhack, rmxp fangame or whatever (is there another way?) yet. It would be really really really nice if this project would be able to pursue the "RMXP fangame path" but that we'll be evaluating our team's resource if we can manage to do so. If not, then romhack it is.

Male
On Earth
Seen 6 Hours Ago
Posted 5 Days Ago
255 posts
6.5 Years
11
December 2nd, 2019 at 12:05 PM
Originally Posted by jensmoking [ Original Post ]
This is gonna be a hack rom or an actual game? If so, what engine are you gonna use?
Besides the scripting thing, I'm pretty sure that I can help.
It is going to be a fan game made using Essentials.
Proud developer of Project Angel Links

Male
Seen 2 Days Ago
Posted 2 Weeks Ago
263 posts
3.9 Years
12
December 2nd, 2019 at 2:55 PM
you are welcome to use my overworld sprites and any tilesets I make. if you are making a gen 3 game that is. I cant be of much help otherwise. as I cant make specific requests at this time. i'm all loaded up with requests.
https://www.deviantart.com/aveontrainer

Male
Philippines
Seen 2 Days Ago
Posted 1 Week Ago
83 posts
1 Years
13
December 2nd, 2019 at 9:42 PM , since edited
Originally Posted by aveontrainer [ Original Post ]
you are welcome to use my overworld sprites and any tilesets I make. if you are making a gen 3 game that is. I cant be of much help otherwise. as I cant make specific requests at this time. i'm all loaded up with requests.
Thank you very much!~
We will give credit where credit is due! We appreciate all the help we get!~
Thank you for having interest in Pokemon Honor and Glory
Have a nice day! ^_^

Just a little shameless bump to the thread~

Remember that kid in Jubilife? The one that's always turning only his head sideways when you speak to him? Turns out he was holding a DS! Well, look at what he has now!
Damn priviledged kids.

Drinks ketchup straight from the bottle

Maybe I can help as a brainstormer for new Philippine inspired Fakemon? If there isn't already a full dex? I think I have a few characters lying around.
On a hiatus. Just chillin' now.

Male
Philippines
Seen 2 Days Ago
Posted 1 Week Ago
83 posts
1 Years
16
April 12th, 2020 at 9:58 PM
Originally Posted by The Roniverse [ Original Post ]
Yo yo yo just a fellow Filipino chiming in to say that this is an incredible idea and I'mma give my support. This'd be nuts to make reality.

Maybe I can help as a brainstormer for new Philippine inspired Fakemon? If there isn't already a full dex? I think I have a few characters lying around.
Hi, currently we have a WIP Regional Pokédex with over 500 Pokémon including more than a hundred new Pokémon found only in the region. We also have Regional Variants, Cross-generation Evolution, future planned ultra beasts expansion arc. We're interested in some of your ideas! 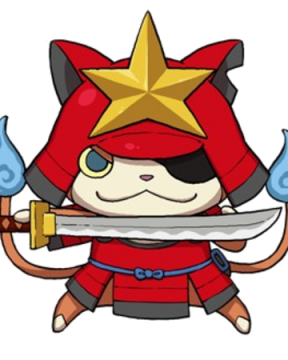 Harness the Spirit of Victory in Pokémon Honor and Glory!

We have only started developing recently, and are in need of awesome people willing to help! If you are interested in joining, information about the game and our contact information can be found below.

Lore:
The Ibaro region, like its real-world inspiration, is famous for its history. The region's famous historic events are all kept in the Great Ibarran Epic; an excerpt of it can be found below.
Once in the Great Ibarran Antiquity, people and Pokemon lived peacefully. They formed tribes, each being in sync to a particular elemental force. Each tribe lived far from each other. Years passed and they began to form alliances. Eventually, two great clans were born: The Sky Clan of the West and the Ocean Clan of the East. Both clans revered one of the two great guardians of Ibaro. Eventually, the two clans started to fight for supremacy. The Great One, angered and disappointed, sent his Emissary to punish the clans of Ibaro. But because of his love and mercy, he also sent his human Champion along with its Pokemon brother to redeem the land from destruction and save it from the Terrible Punisher. Together, they performed many deeds across the islands. Both passed away at the end of the battle against the Punisher, but this was not in vain. The Great One ordered the people to seal the Punisher along with the two great guardians in the most secret of locations, their body parts being split into relics and sealed. The Great Clans formed a pact in order to prevent history from repeating all over again.


Planned Additions:
Finally, a brand new mechanic called PokéSpirit will be introduced. This mechanic allows Pokémon to gain an additional typing (for a new dual- or triple-typing) and even allows some native Ibaro Pokémon to change into an upgraded form, similar to Mega Evolution and Gigantamax.
The PokéSpirit is believed to be the last great deed of the Champion and his Pokémon Brother the moment they perished. This talent is taught to the people, but they fear it. They believe that the Great One will smite them once more shall they ever abuse this gift.

None of these sprites, maps, or character dialogues are final.
Please go and check out the official recruitment thread:
https://www.pokecommunity.com/showthread.php?t=434901

Contact Information:
Interested in joining? Come message us on Discord (Energyzd#9723 or Zephdo#5667) and we will send you a link to the Discord server. 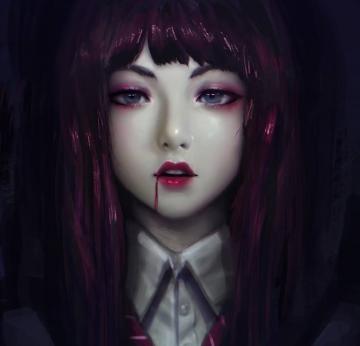 Male
Philippines
Seen 2 Days Ago
Posted 1 Week Ago
83 posts
1 Years
25
May 22nd, 2020 at 7:36 AM
Originally Posted by silulaya [ Original Post ]
Seeing this as sort of a progress thread is very uplifting in alot of different ways I can't really describe. I love what I see already and the map looks quite big and intricate, I can't wait to find out how it will be paced and have high hopes of seeing more of this ^.^
Thank you for your support! I'm glad you like the map! Took a lot of revisions to make it what it looks right now. The map's concept focuses on the theme of "exploration and island hopping". We aim to construct a non-linear path midway of the story.

Originally Posted by The_Last_CHARMANDER [ Original Post ]
Wow can't wait to try it out........ cause iam a Filipino😊
Thank you! Glad to see a fellow countrymen! Maraming Salamat!

Originally Posted by mewlover22 [ Original Post ]
I wish you luck this game looks great so far we need more fan games based on real world locations. Keep up the great work.
You guys are our motivation! On behalf of the Honor and Glory Dev Team, I thank you!


Again, we appreciate all the help and support we'll get!
Harness the Spirit of Victory!
-Honor X Glory Dev Team