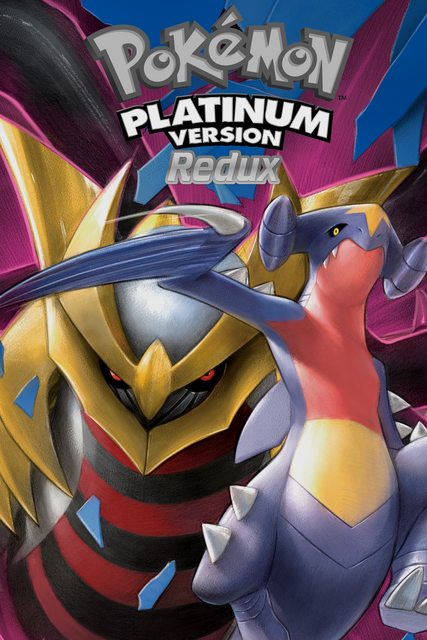 Platinum Redux is a difficulty rom hack of Platinum. The changes listed below aim to provide a more challenging Platinum experience with focus on teambuilding and battling. The rom currently has a roster of 459 Pokémon. The drive link includes documentation on Pokémon and move changes as well as information on boss fights and much more. It also includes a "How to Patch" and the xdelta patcher for 3 different versions of Platinum Redux (more on these versions below). 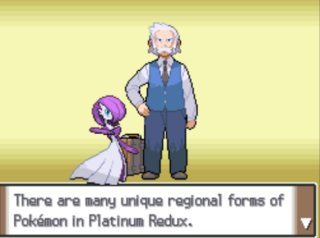 Renegade Platinum is one of the best and most polished Pokémon ROM-Hacks. Every Platinum ROM-Hack will inadvertently be compared to Renegade Platinum. Platinum Redux has a lot of things like quality of life changes in common with Renegade Platinum but there are also massive differences. The Pokémon and move changes are more extreme in Platinum Redux. Therefore, the ROM-hack is less like the mainline Pokémon games. There are also a lot of regional forms in Platinum Redux with changed typings. Furthermore, every single Pokémon has adjusted stats, abilities or learnsets. Players new to Platinum Redux will be constantly surprises by different Pokémon forms, new moves and changed abilites. For anyone who doesn´t like being surprised, there is documentation for every change in the drive link. If you want to play a game more similar to mainline Pokémon games, Platinum Redux is sadly not the ROM-Hack you are looking for. 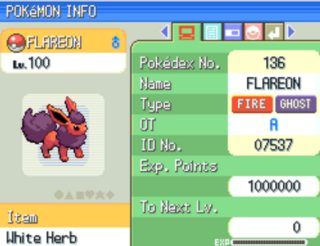 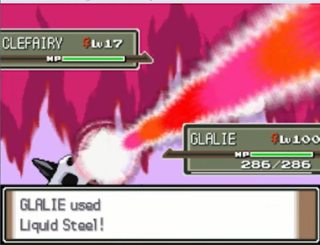 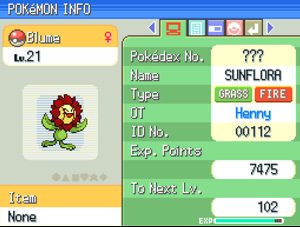 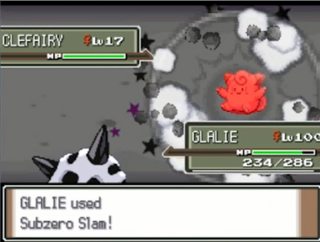 I really dislike that in mainline Pokémon games some Pokémon are straight up useless later in game. To ensure that every fully evolved Pokémon is useful up until the champion fight, most Pokémon got some sizable buffs to stats, moves or abilities. On the other hand some Pokémon (mostly legendaries) have received slight nerfs. Legendaries have, however, still the highest base stats. There is no way to perfectly balace hundreds of Pokémon but in Platinum Redux every Pokémon should be useful throughout the whole game. All stats, typings, abilities, learnsets and much more can be found in the documentation.

To ensure that no two Pokémon have the exact same purpose, there are no fully evolved monotype Pokémon in Platinum Redux. All fully evolved monotype Pokémon in Platinum received a regional form with an additional typing. Some dual types also received a type change. All Pokémon with changed typings have an adjusted color palette that indicates the type change. Around 50% of fully evolved Pokémon have regional forms so there will be a lot of surprises if you play blind. Every type combination is distributed at least once. It is very difficult for every Pokémon to have a niche if many Pokémon with the same (mono)typing exist; with these regional forms, every Pokémon is unique. Some of the regional forms are very obvious (Bug/Dragon Flygon), some are more unique (Dark/Psycho Absol) and some are very experimental (Gras/Water Venusaur; it is a toad right?). If you are just looking through the documentation and ask yourself how on earth Beautifly is a Bug/Ice type, remember that the sprites have different colors that reflect the type changes. 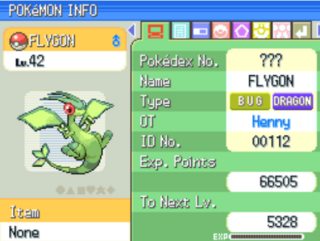 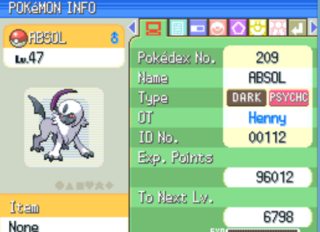 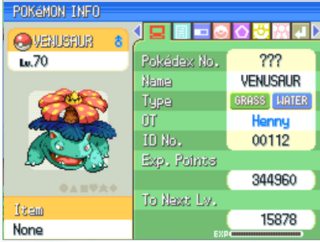 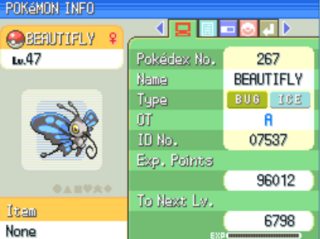 There are no EVs in Platinum Redux. This increases difficulty but also reduces tedious grinding. Every trainer has champion level AI, better movesets, held items and more trainers are unavoidable. Platinum Redux is not supposed to be a super difficult hack (such as Radical Red or the Kaizo games). Thats why all trainer Pokémon have 16 IVs in all stats (31 in Kaizo game for comparison), so they should on average be as strong as your Pokémon. Some changes also decrease difficulty a bit, such as infinite TMs and early access to powerful battle items. In summary Platinum Redux will be a lot more challenging than the mainline Pokémon games but not as hard as ROM-Hacks designed to be super difficult.

Every single Pokémon is catchable somewhere in tall gras. Easy as that. You will find Charmander, Charmeleon, Charizard and even Mew somewhere.

You have the option to get an infinite amount of rare candies, max elixers, EXP shares and max heals on the first route. You are also informed about the levels of upcoming boss fights. There is also gras in areas where you couldn´t get an encounter in vanilla Platinum and there are some new areas with encounters. 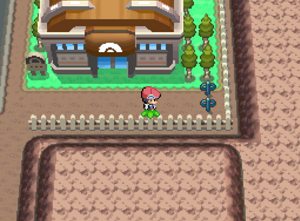 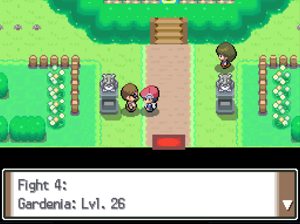 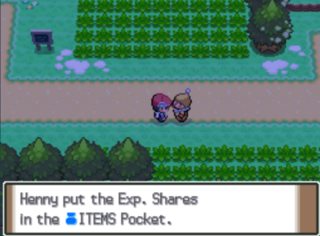 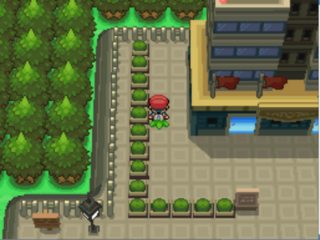 There are many new events, fights and storylines in Platinum Redux. All story beats are, however, the same as in vanilla Platinum. 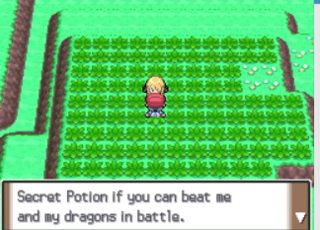 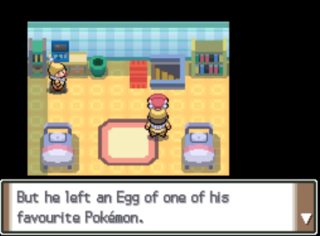 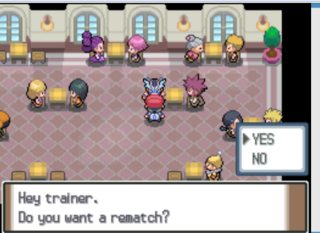 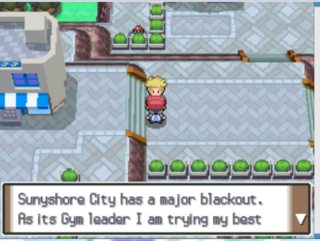 There exists a speedup patch for Platinum Redux. In the drive link you will find 2 different speedup patches and a "How to patch". You simply patch the speedup patch onto your Platinum Redux ROM. If you are having trouble you should visit the discord. An invite link for the discord is on the bottom of the post. Both speedup patches uncap the FPS limit and have instant text. The only difference between the 2 patches is that one has instant EXP and HP bars which the other one does not have.

Thanks to Everken there also exist a custom damage calculator for Platinum Redux. In the drive link you can find an introduction on how to use it.

You will receive every useful hold item, Tm and berry at an infinite amount during your playthrough.

Wild encounter rates are much lower.

Every Pokémon evolves by level.

There are no encounters while surfing.

Move and ability informations are more detailed with exact numbers.

Minimize the necessity of HMs.

You receive the National Pokédex early on.

And much, much more. 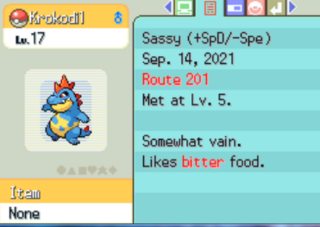 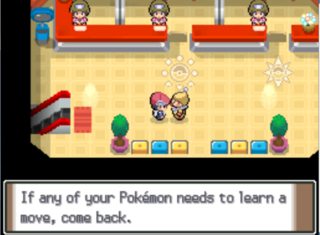 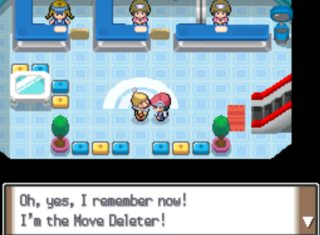 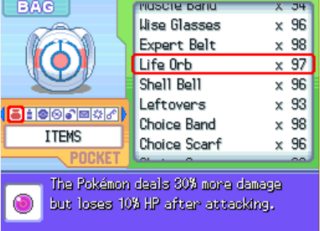 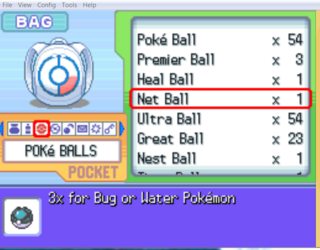 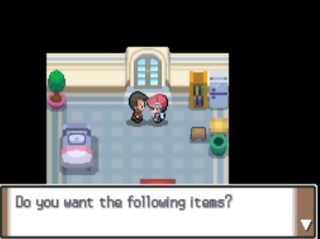 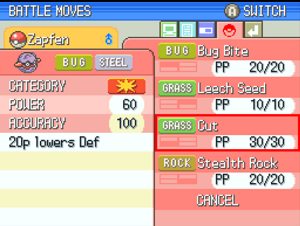 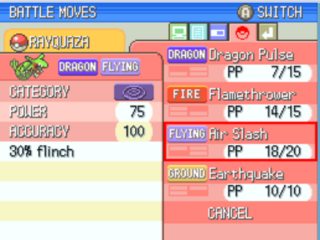 You can find Platinum Redux patches, a "How to Patch", documentation and the damage calculator here: Drive link
If you are having trouble patching or you just want to talk about Platinum Redux with other players, join the Discord: Discord invite 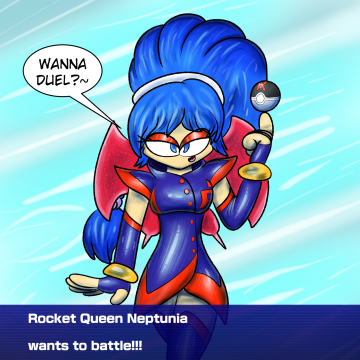 You uh, should probably test that far before releasing.

Seen 5 Days Ago
Posted August 20th, 2022
4 posts
1 Years
5
August 20th, 2022 at 4:48 AM
There are no rods. But every area where you could find Pokémon by fishing has additional tall grass so you still get encounters in these areas.

Seen 4 Days Ago
Posted September 21st, 2022
3 posts
2.2 Years
7
September 21st, 2022 at 3:43 AM , since edited
90% of the change log for type changes is just him making random excuses that make no sense and have no supporting evidence or anything. Sh*tnum Redux