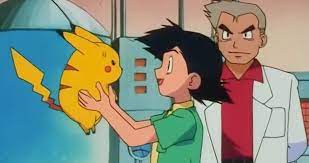 This is the very first episode of the pokemon anime and it sure is iconic. Who can forget the scene where Ash finally gets through to Pikachu and he blasts the birbs to smithereens? For those not in the know, the episode's plot is rather simple; Ash stays up until the crack of midnight, excited to get his first Pokemon. Unfortunately, Ash is a deep sleeper and has the misfortune of living in 1997, owning an old analogue clock instead of a less breakable iPhone 13. He wakes up late and rushes to Oak's lab to find that all the starters are gone, and is stuck with an uncooperative Pikachu. After failing (quite miserably, I may add) to catch a Pokemon, he manages to crack off a Spearow who chases him to hell and back. It's all well in the end, however, as Pikachu saves him and queue the uplifting scene with Ho-oh.
It defnitely isn't a bad episode by any means, and sets a good standard for the series and what's to come. I can't really praise it as a great episode though, just because it is the first and therefore quite rough around the edges. 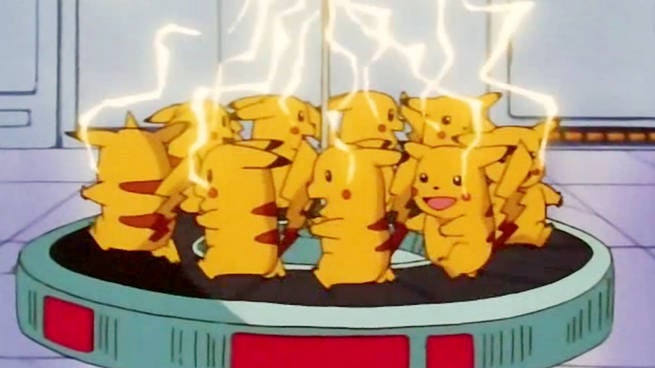 This one is the debut of Team Rocket and it shows. They don't really come across as quite right, and it clearly took a while for the dubbers to settle into their roles. The episode involves Ash taking Pikachu to the Pokemon center only to be attacked by Jessie and James of Team Rocket fame. There's much less to explain here so I'll just move on to the review.
It isn't bad, of course, but it isn't as iconic as the previous episode and it doesn't have enough merit for me to really place it higher than that. These early episodes have somewhat simple plots as the series is establishing its footing. Regardless, it was a fine watch.

Rating: 8 blasting off agains out of 10 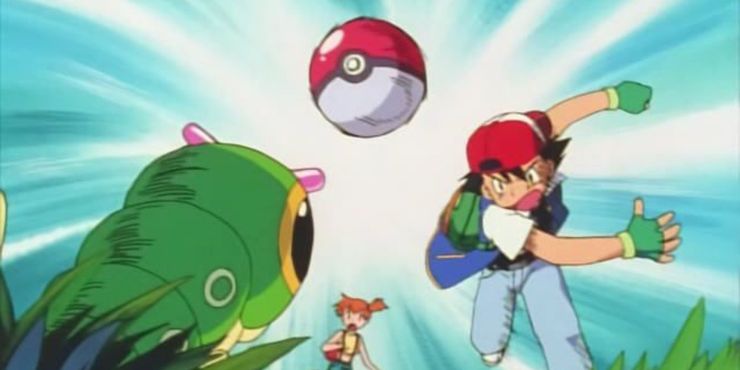 As the title indicates, this is the episode where Ash finally catches a Pokemon! Never been sure how I felt about Ash's extremely rare Pokemon catches (and Goh feels like going too far in the other direction so I'm not actually certain what I want in terms of Pokemon catching in the anime), but nevertheless, this is a fine episode. Like with Pokemon Emergency before it, it's going at the bottom of the list for now not because it's bad, but because it doesn't quite reach the highs of the previous two episodes. Luckily, this trend is rather short lived, as we'll see tomorrow. Overall, this has been a solid start, and it remains to be seen how long it will be before we reach a dud. 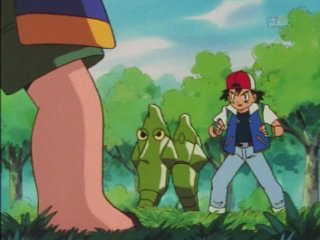 Ok, this one is a classic and definitely one of my favorites from the original series. Ash is challenged to a battle by a samurai who lives in Viridian Forest. We get to see the iconic Metapod vs. Metapod gag and learns a valuable lesson about caring about his Pokemon. Team Rocket in a tank was funny, too.

Ash's first gym battle was an interesting one. His team wasn't well suited for Brock's rock type pokemon, and he ended up being battered by them. But after a bit of training and some luck with a sprinkler, he was able to win. But within that lies the main question of the episode; how could Onix being wet have changed anything? It takes a long time for water to erode rock and still doesn't really make it weaker... But who needs logic when you already have fire-breathing lizards? Still, it's food for thought. Anyways, the episode was pretty good, and it brought us Ash's longtime companion, Brock. That initial battle was pretty embarrassing though. 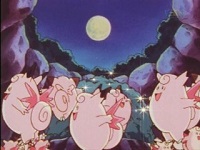 Honestly, this episode just barely escapes the title of first filler episode; Brock catches a Zubat, which as far as I'm aware is never really that prominent but still gives the episode some sort of purpose. But whether or not an episode is filler isn't really that important to the question of whether it's good or not.
Anyways, this episode is... fine, I guess? I can't help but imagine Professor Elm whenever I see that scientist guy lol
Not much else to say since nothing about the episode really stands out as noteworthy to me.