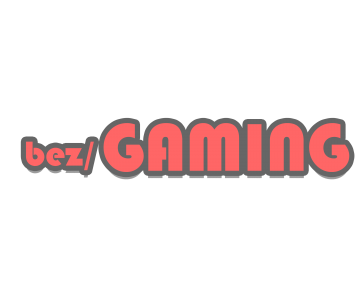 I AM SO STOKED FOR THIS PLAYTHROUGH!! This game is called Pokemon Crystal Clear and it is an open world version of crystal. There aren't much in the way of story or rivals, but the game is open world, gyms are scaled, and you choose your home town anywhere between johto and Kanto. With 30 different starter options!!!!

So this one is a doosie!

My characters name is Grayson, and he looks like Ethan with a gray jacket and hat!(Oh yea you get to customize from the opening of the game!)

Hopefully I'm gonna finish this one! The goal is to build a team where every pokemon is named after a sports mascot. Why? I don't know, I've used hundreds of names, so why not? Lol

Alright! Grayson woke up in his home of Cianwood, ready to take on the world! But first he had to get his starter pokemon and take on Chuck, the gym leader to leave the island!

Due to scaling, Chuck had a Mankey and a Poliwag. Brutus obliterated him!

So my solution was to go to Ecruteak and Goldenrod and train there and take their gyms down! Along the way, new friends were added to the party!!

Now I'm exploring the world and trying to get an aerodactyl!

I dropped off the amber to be recreated, beat up Blaine, and flew to the power plant for some training and to catch an electric pokemon. I sort of failed, only because I accidentally knocked out zapdos. Go figure.

7 badges down, one more to go. Then a big training session at Mt. Silver before hand!

I went up to mount silver and trained up a few newcomers and settled on 12 finalists for my E4 team. This game, allegedly has different E4, and I tend not to look it up. More challenging that way. I'm not sure which of the 12 I'll be using yet but here they are!

Only THREE pokemon from the above list made the team! I chose my pokemon, hunted the next two down and acquired the winning team for sure!

That being said! I lost three times to them (I generally follow a three try rule before attempting a new strategy) mostly because they outleveled me easily. So i went to nugget bridge and spam trained against the bridge trainers because they let you rechallenge them. I got all 6 of my team to level 60, and went back in for the final showdown!

The first E4 member,Robert, required me to use most of my team.

And Fibbef, the third E4 member, was basically soloed by Zilla.

That just left the fourth member, Honeybun. He wasn't too hard, just made one too many mistakes.

Then I took on the champion.

Shockslayer himself. He was pretty tough..... if it weren't for how EPICALLY unbeatable a Scizor with good stats, sword dance, and steel wing is! It's been over 20 years since I first played a Gen 2 game, and I forgot how absolutely crushing the steel type used to be before the game evolved so much. Scizor one hit ko'd three pokemon in a row and even manhandled Shockslayers own Scizor. None of those pokemon were weak to steel, in fact, it was a water type, a sandslash, and a snorlax! Are you kidding me??? It was GRAND. I will forever use Scizor on any gen 2 run I do in the future!

Its called Pokemon Crystal Clear, its made by ShockSlayer. It has its own site and discord, check it out!
Panhandle Popin - bez//GAMING - Fanfiction Writer - Pokemon *Peridot* Project