What will you need?
You will need the following things:

First, draw your picture, of course. I have this:

Beware that the GBA screen is 240x160 pixels, and that not all of it is accessible with the cursor when viewing the map in-game. This is the part that's accessible (within the black rectangle):

Now, you have to make a tileset of it. It can have a maximum of 256 tiles from 8x8, meaning 256x64, or 128x128 for the entire tileset. You'll probably succeed in that if you use GIMP or another program that has a customizable grid, like Paint Shop Pro (which is not free; GIMP is), and set that grid to 8x8. Also, be sure to leave out all double tiles. Meaning, if you have a lot of the same tiles, use only 1 of them in the tileset. My result:

If you have the tileset done, open Cyclone, NTME, or whatever tilemap editor you have, and make the tilemap. !!In 8BPP mode!! FR/LG use 4BPP, but Ruby, Sapphire and Emerald use 8BPP. If you don't know what a tilemap is, or how to make one, search around the Documents & Tutorials section.

NOTE: If you're having trouble making a tileset and/or tilemap:

Spoiler:
Check here for an easy (easier) way.
Then, open up your ROM in VBA, and view the worldmap somewhere. Be it in the Pokénav, in the Fly menu, or on a map on the wall in the PC, it doesn't matter. Go to Tools > Palette viewer, and click on Save BG.

Save it as a Windows .pal file.

Next, click View > Codec > 8bpp linear, and after that Palette > Import from > Another file, and choose the palette you saved through VBA.

Also, don't forget to give the image the same dimensions as your tileset. In my case, that's 16x16. (Just divide the width and height by 8). Do it by clicking Image > Canvas size.
Lastly, select Edit > Paste from, and select the tileset you made, and save it as a .raw file. NOTE: Before you save, make sure to expand the picture frame, so there's some room left next to the picture, and click there to deselect the image you just pasted. If you don't, TileMolester will not save the tileset, because it will still be a selection, and you'll end up with a black image. Hint: If you can still move the tileset around, it's no good. It has to be pinned down.

Click Write to ROM, and check everything as seen in below image. See how I chose offset 0xDF0000? You can choose any free offset, AS LONG AS IT'S NOT HIGHER THAN 0XE00000! Why? Because the game will start to glitch up if it is. And, don't forget that the offset has to end with 0, 4, 8 or C. (Thanks Pokepal17 for reminding me.)

Wait for the two "Ptr found at 00XXXXXX. Changed." messages, and proceed to the next image. In this case, it's 246.
Click File > Load Raw again, and this time select the tilemap you made with NTME / Cyclone / Whatever.

Click Write to ROM again, and keep everything checked that was checked, and vice versa. This time, though, you CAN repoint it to 0xE00000 or higher, it doesn't matter. What DOES matter, is the difference between the two offsets for the tileset and tilemap. Be sure to keep them at least 0x1000 bytes apart. (If the tileset is at 0xDF0000, the tilemap should be at at least 0xDF1000.) My tileset uses 0x934 bytes, so 0xA00 bytes would suffice, but just make it 0x1000. Just to be safe. Now click OK, and wait for the "Ptr found at 00XXXXXX. Changed." messages.
Now, time to test things in the emulator. If you have done everything correctly, you should get this result:

Well, that about does it. Of course, as you can see, Mauville is still on the same place as it is in R/S/E, but you can change that with Advance Map's Worldmap Editor.

Thank you for taking the time to read this, and hopefully, more people will now be able to change R/S/E's worldmap.

Go here if you want to change the worldmap you see in the Pokédex, because that one uses a different tileset and tilemap. Thanks of course to AztecFire.

The map but no tileset of the map so I can't insert.
ps: It's for a Ruby hack.
Hacks I support:

Originally Posted by Vince_27 [ Original Post ]
Hmm It's a very good tutorial but I need some help.
I have this map but I haven't the tilesets which goes with.

The map but no tileset of the map so I can't insert.
ps: It's for a Ruby hack.
Well, of course you have to make the tileset yourself. I don't think there's a program that does all the work for you. You can do that as follows: Open up your map in an image editor with a 8x8 grid, like GIMP. (Make sure the grid is turned on.) Then, make a new image from 128x128 pixels. (256x64 or 64x256 is fine, too.) Then copy the 8x8 tiles from the map onto the empty image. (The grid has to be turned on there, too.) Do that with every tile, except for the ones you have in your map multiple times, like the tiles filled with one color only, for example the sea tiles. If you have too many tiles, you need to check if you don't accidentally have some double tiles in the tileset, or else edit the tileset, and map, in a way that you CAN fill a complete tileset. And if you have too little tiles, just fill up the remaining spaces with the seawater-blue or something.

When I have open these two window, what I have to do after?
Sorry if I'm annoying with this.
Hacks I support:

When I have open these two window, what I have to do after?
Sorry if I'm annoying with this.
First of all, I see some errors in your worldmap. When you want to insert it into a ROM, you have to make sure that every town / city is on a different tile, in other words, fit into a 8x8 square. As for routes, or 2x1/1x2 cities, they have to be either 8 pixels tall, or 8 pixels wide. They have to fit within a line of 8x8 squares. As a reference, check this:

See how every town / city / route follows the grid? That's what your worldmap is supposed to do, too. When you have that, it's A LOT easier to make a tileset out of it. Nintendo does it, too, because in-game the worldmap cursor will move in straight lines, and follow a 8x8 tile setup.
To make a tileset, just copy every square to the tileset image (the empty one), except the ones that are used more than once. The order doesn't really matter, but I prefer to put tiles I use often, like the sea, or cities, in the beginning of the tileset, so I don't have to search for them.

has divided by zero.

Age 30
The Netherlands
Seen August 23rd, 2010
Posted June 28th, 2010
159 posts
14.6 Years
9
June 8th, 2009 at 3:04 AM
Originally Posted by theswordbuggy [ Original Post ]
i cant seem to insert the palettes. can u plz help me
Well, I'll need some more info. What do you do, what happens? Can you even open/find the palettes in TileMolester? Or does TileMolester say something like that it doesn't accept the palette? 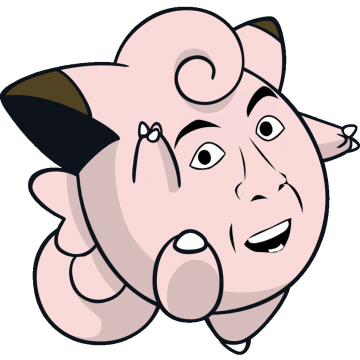 PS Oh, wait, does the tileset have to be in an 8x8 grid?
The image retains its palette? You did load the palette you saved through VBA, didn't you? But if you mean that it retains its palette after you have loaded the image in unLZ, that's correct. It only loads the image, not the palette. That's why I use TileMolester to make a .raw file out of the tilemap, and not import it directly into unLZ as an image, because the colors will look all messed up. It's because the image as you see it in VBA has different colors than the one you can edit with unLZ. It's some sort of ASM routine.
And the screwed up part may be because the image has the wrong codec. You see, TileMolester has several different codecs that it can use to display images. If you don't select the right one, the image will end up looking like a glitch. For R/S/E, you will need the 8bpp linear codec, because it's a 256 color image. (If it were FR/LG, you would need 4bpp linear.)
Also, yes, it has to be an 8x8 grid, because the games use 8x8 tiles, too. Just look at VBA's Tile Viewer, and you'll see.

Seen June 12th, 2010
Posted May 12th, 2010
4 posts
12 Years
16
June 28th, 2009 at 2:12 AM , since edited
I drew a map using d/p/pt colors and made a tileset for that. After that I started creating the tilemap. Since making it took so long, I felt that I needed to check it out in the game. I followed your instructions and inserted the map in the game. The map has glitched up colours. The wall map was somewhat near the orginal. The pokenav and the fly screen were fully glitched up. The offset: 00DF0000. I have attached the thumbnails. I hope I am not bothering you.


What can I do to correct this??
I used tile molester alternate

Age 27
Male
Tucson, AZ
Seen August 21st, 2014
Posted July 16th, 2011
35 posts
11.9 Years
17
June 30th, 2009 at 10:57 AM
Hey I did this map in MS Paint using information from a different tutorial, and i started looking here to implement it into a hack i just started. I followed your instructions, and i couldn't get my towns and cities to fit in the grids. Would i have to redo it, or do you have a solution? The map is attached to this post.

I'm having trouble getting it working aswell, here is my tileset and map and also the resiult i get on Emerald...

I'm having trouble getting it working aswell, here is my tileset and map and also the resiult i get on Emerald... 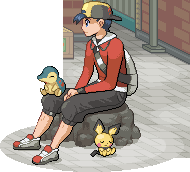