Hello, and welcome to my Pokémon Firered hack called "Pokémon Radish"!
I've been a fan of Pokémon for years and with every new edition coming out, I've hoped for another 150 brand new Pokémon to catch, train and all that stuff. This thrill sadly died out after Black and White, which made me dramatically lose interest for the following titles. Of course, I understand that you can't come up with over 100 new, creative, iconic design for each edition, but I wanted to reignite this feeling for others who feel the same by creating a hack featuring 151 brand new Fakémon! I'm not talking about reskins of old ones but brand new designs, move pools, descriptions and all that stuff that I would love in a new edition.
So, just to start off, I'm not a big coder kind of guy. I've taught myself some basic skills like changing dialogue, changing the map and some plot points, but as I said, my main goal was creating a whole new universe with new characters, cities and GYMs.
That means that the order of things you will experience will pretty much be the same, but you can experience them in a whole new way.

As you can tell by the previous section, this story MAY look familiar to you but it's still a work in progress.
You're a young boy/girl living in a region filled with vegetable-inspired cities. You're not a silent protagonist, in fact, you can't keep your mouth shut. Your rival is just a kind neighbor that wants to battle once in a while, and that makes him unlikeable for the protagonist.
As you reach one city after another you slowly realize that, in fact, you can't get the badges on the normal way. Often you have to break into a pretty normal building, battling casual people, to get it. (The first GYM, for example, being an office building that is currently being renovated into a GYM, but being the protagonist, you just fight your way through the old office workers until you get to the box of new badges positioned at the end of the office.
The region is filled with eccentric people left and right. Some pretty normal, some pretty much due for a cell. It's the polar opposite of the bland citizens in FireRed.
I will try to keep up this universe concept through the whole game. I want you to have a brand new experience filled with maybe a dozen instances of you fastly exhaling through your nose.
After you beat the champion, the story will pretty much end. I'm planning to come up with some mini-stories or some rare Fakémon for completionists to find.

The story is officially finished until the first GYM, so you should get a taste of what the rest of the game could be. (March 2019)

btw. I'm sorry about the dozens of threads I tried to post while not reading the rules, I hope we're cool.
I'm a young, german hunk working on a Fakémon hack called Pokémon Radish and Celery.
"Could you leave?" -everyone 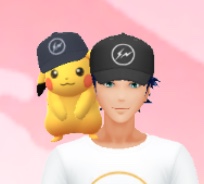 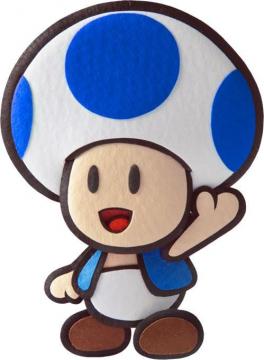 "My first hack I'm making, a remake of Yellow on FRLG."

Male
My sweaty, sweaty room.
Seen May 12th, 2019
Posted March 5th, 2019
5 posts
4.6 Years
5
June 30th, 2018 at 5:14 AM
Thanks! I don't want the game to take itself to seriously, so I gave it the stupidest name I could think of.
And boring vegetables fitted perfectly.
I'm a young, german hunk working on a Fakémon hack called Pokémon Radish and Celery.
"Could you leave?" -everyone