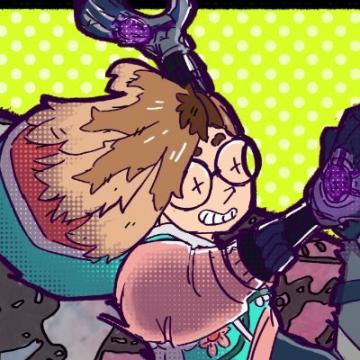 Project Overview
Project Steelheart is a Pokémon Black 2 Rom Hack that tells the story of Orre 10 years after the events of Pokémon XD: Gale of Darkness. The project aims to create a new experience befitting of a sequel to the Orre games, experimenting with the idea of how the region has changed over this time frame. This is among the first new-region hacks for Generation 5, so we plan on pacing ourselves to make the most of the new tools and our own plans for the hack. While this is my [Cannons] first Rom Hack, this isn’t my first game project, so I’m transferring much of what I know into making this.

We plan on releasing the game in Chapters, having a steady flow of updates and keeping the development process transparent to anyone who would like to see. While this does remove the secrecy and fidelity that many hack projects have with releases, opening the doors to showcase how we work can be beneficial to those who are looking to get into Rom Hacking or Game Development in the first place.

In aspects to difficulty and tone, we want this game to provide a sufficient challenge to players, but still keeping air of casualness (somewhere in between a Gen 5 game and a Drayano Hack). The game will aim to capture the Orre titles' more mature undertones, while staying true to the light-hearted nature of the series as a whole.

Story Overview
A number of years after Cipher’s collapse, the Pokémon League set their eyes on the Orre Region. Seeing the area as full of untapped potential, the League worked with the local Starline Inc. to advertise Orre as a tourism and battling hotspot - turning the motley crew of colosseums into an official gym challenge. Should one climb the ranks of the Orre League, they may face the Champion at Mt. Battle's peak.
You play a spry young adult riding in from afar, hoping to join the Orre League and get a taste of what the region has to offer. Along the way, you'll meet a couple of new faces, becoming their anchor as much as they will be yours. Ryker, another charismatic trainer looking to face Orre and take the champion title, and Rose, a wandering artist looking to capture the region’s beauty. It’s not all cut-and-dry though, as there might be more to the deserts and forests than you realize.

Prologue: Kicking Up Sand
The Starline Express is the first train in decades to connect Orre with Unova. To mark the beginning of your journey,
you meet an ambitious trainer, and an outspoken artist, both of whom you believe you'll see more of in the future.
[Play Time: 5-15 Minutes.]

Chapter 1: A "Justy" Encounter
After getting a taste of Orre's untamed trails, Phenac City is a breath of fresh air, providing you with a much
needed safe haven from the desert storms, as well as your first introduction to the Orre League.
[Play Time: TBD]

Chapter 2: Talk of the Town
"That glare of his is as piercing as it is golden." "I don't care that Cipher's gone.
I'm not joining any gang if he's still in charge."
[Play Time: TBD]

Chapter 3: Impossibly Persistent
An untethered childhood can often bring the most creative and innovative of adults. There's nothing
that will stop the community of The Under from becoming what they want.
[Play Time: TBD]

In the Works:
Future Expectations:


Builds and How to Play

Spoiler:
Hakeem is not a playable avatar at the moment. Male Selection will give you Charlie, and Female Selection will give you Marisol.
Some objects and furniture, notably cars and storage containers, have missing, or incorrect collisions.
Exiting the Outskirt Trail will reset all Trainers for battle.
"Item Get", "Save", and "Giving Pokémon to Nurse Joy" animations all play the default trainer animations.
The Pokédex has not been fully formatted yet.


CREDITS and SPECIAL THANKS:
I first want to give thanks to RefinedPlatinum for helping me with making the project "more". A great collaborator and designer that everyone needs in their project.
Second, thanks to everyone that's a part of the server, engaging with whatever the psyduck I post, whether related to the project or not.
Lastly, I want to thank the Kingdom of DS Hacking for helping me get the project off the ground with its myriad of tools, especially Hello007 and PlatinumMaster's CTRMap and SwissArmyKnife respectively for their big contributions to the Gen 5 hacking scene with mapping and scripting.

Seen May 26th, 2022
Posted May 26th, 2022
2 posts
259 Days
2
May 26th, 2022 at 8:56 AM
Ok, so after playing the demo these are my thoughts:
-love the dialogue between characters, it feels very natural, unlinke the dialogue in official games and many fan games
-I like the way you select your starting pokemon, but I had some difficulty choosing 2 Pokemon that I like (I know it's stupid, it's just a demo), ultimately went with shellos and zubat
-In general I think BW/BW2 aesthetitc is quite fitting for a Orre rom hack and if you manage to add Colosseum/XD soundtracks it could really pass as an Orre game.
-I encountered one crash when transitioning to a wild pokemon battle (I had a battle with some wild pokemon before and it was like 4th wild encounter)
Overall I'm really looking forward to seeing this hack grow and playing the next chapter.

Seen May 26th, 2022
Posted May 26th, 2022
2 posts
259 Days
4
May 26th, 2022 at 1:56 PM
I was just trying to see as many wild Pokemon as possible in the explorable area. I encountered a Patrat, Spearow and Spinarak without a crash, so maybe there is a problem with one of the remaining Pokemon that appear in that location. I'll play around with the demo tommorow and if I find something I'll let you know.

Seen 3 Weeks Ago
Posted 3 Weeks Ago
2 posts
24 Days
9
3 Weeks Ago at 12:33 AM
I just wanted to let you know that the news that you are going to start hacking Pokemon DS games is really wonderful bitlife. Good job!! Maintain it in such a manner! You're doing a fantastic job, man!