Seen 4 Days Ago
Posted 5 Days Ago
3 posts
7 Days
1
6 Days Ago at 10:48 AM
I know that u could make it on android but the thing is that my lap isn't working so does anyone know how to make rom hack using android

She/Her
New York
Seen 10 Hours Ago
Posted 17 Hours Ago
95 posts
1.2 Years
2
6 Days Ago at 11:00 AM
If you're talking about binary hacking, you can't. All binary hacking is predicated on running Windows software. Unless you can run Windows programs on your Android, this is a nonstarter.

If you're talking about disassembly, then you can in theory only. All hacking is really just text editing, something you could do on an android. However, I have no idea how you would compile your code. Also, all map editing is done with Porymap, a Windows software.
Check out my hack: Pokémon Frontier Adventure 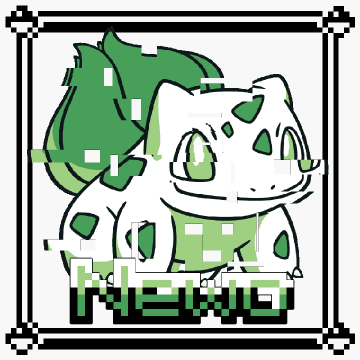 Even in Mac or Linux there aren't some much resources for Hack (But, having some handful editors like for Decomp, in case of using Pokemerald)

But hey, theres some things:
- There are Patchers like Lucky Patcher and ROM Patcher for patch ROMs in your device, thats tecnically Hacking, but no tho make them :P
- There ARE Hex editor on Android, a really bunch of them, if you know enough about of that, you can do Binary Hacking without some much trouble and on-the-go.
- Recently, G3T started being developed for Android as well, from now it's not too complete as Windows version but you can edit some trainers.
- There are General Scripts Editors for Android, maybe you can make a scheme for the Pokémon's language, but no idea... For ASM Routines, they will work good using a Assembly Script scheme.

I wonder what future may bring, maybe in some years we can make full hacks, even in other devices as Consoles like Nintendo Switch per example.
- Newo, the Glitch Bulbasaur.
Check out my Channel!
https://www.youtube.com/channel/UCNqUkkulu0oStXx4j-cJVIg