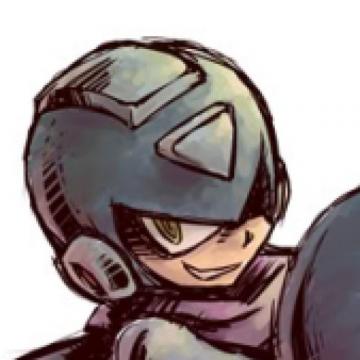 The name´s Miguel. 28. I´m Portuguese and I live in Portugal. I speak Portuguese and English fluently, both langueages are natural to me. Been playing electric guitar for 16 years, love Metal & Rock. Been a gamer since I can remember, bout 4 or 5 years old. Nintendo is where I´m mostly at, Pokemon being my favorite franchise of all time. I also play Playstation and PC, and most of my consoles are hacked. I´m a cheater and I´m mostly a solo player, but I only cheat at games that consume too much of my time and get to hard for my enjoyment, as I work and I don´t have all the time in the world for videogames all day long. XD I play a lot of different videogames, all year round, what I play next depends on where the wind takes me and how I´m feeling about certain games. I´m also a big anime/manga lover, I´ve watched many animes throughout the years, my favorite being One Piece. I have a Youtube channel (GuitaristInPijama) where I did guitar covers in the past and I also did a tutorial about cheating in Pokémon Clover and I think mine is one of the few on Youtube that works, since that game is one of the hardest rom hacks of all time that I played, and I already beat a bunch of them. I love the Pokémon Rom Hacking/Fan game comunity. Been looking for a place/forum to chat and this seems like the perfect spot for me.

CheerZ and nice meeting you all fellow trainer. :)

She / Her
On the road!
Seen 4 Hours Ago
Posted 5 Hours Ago
1,563 posts
87 Days
2
June 27th, 2022 at 12:09 PM
Hello TheRalphGalaxy, and welcome to the forums!
It's nice to see new members coming from around the world! And a gamer with that! Nintendo games also were the first games I have ever played! Have you played Pokémon since Generation 1 ?

I stuck with Nintendo line of gaming consoles, but I've also been an avid PC gamer, since childhood. I'd say there is nothing wrong with using cheats in solo games, if it doesn't impact other players negatively! I admit I may have used cheat codes on many occasions to beat the computer myself, otherwise, there are too many games I could never have finished...

The fan games / ROM hacks sure count a good number of great games! Have you tried Insurgence ? If not, I certainly recommend you to give it a try!
You have come to the right place to chat with other Pokémon fans, about Pokémon games, fan works, forum games, and much more!
I am not a trainer, but it's nice to meet you too! ^^
*✧･ﾟ:* interview with gardevoir *:･ﾟ✧*
pairs ⋆ credit ⋆ M&G moderator

I love metal too! I prefer instrumental metal, but I do also listen to various artists from other metal genres too.
I like One Piece, but I have to admit the more recent seasons have gotten hard to watch for me as the pacing is just so incredibly low (which has resulted in me not watching it for months and then binging till I'm caught up again lol).
What's your favorite story arc from One Piece?
Who's your favorite character?

she / they
in the flowers
Seen 1 Hour Ago
Posted 1 Hour Ago
16,727 posts
11.2 Years
4
June 29th, 2022 at 11:26 AM
Welcome to the forums Miguel! You've found the right place if you're looking to dive more into the fangame community because I promise some of the best up and coming titles are coming out of these forums! Also, if you're a fan of One Piece, or anime in general, definitely remember to check out our Anime & Manga section! :)

1 - Yes, I´ve been playing Pokemon since the first gen and since the first Game Boy and Red/Blue/Green/Yellow. Pokémon was also the franchise that introduced me to my love for RPGs, and I play a lot of them, like Final Fantasy, Kingdom Hearts, Ys, Xenoblade, etc etc. I don´t cheat online, I only use cheats on single player games that get to hard or repetitive after a while. I love cheating. Done in the correct way it can spare you lots of time in griding and useless stuff. It helps the game not to get repetetive and helps me save time. I haven´t finished Insurgence yet, I was around the sixth gym, and yes, I was loving that game, specialy the mecha-tyranitar and Delta Pokemon. Sometimes I leave rom hacks or fan games at half stack beacause I play a lot of them at the same time and I usualy finish first the ones that get iteresting to me, but I will finish Insurgence one of these days for sure. Pokemon Rom Hacks and Fan games in general explore things that the oficial games never will, like humor and dark stuff, make some games more mature, and I love that.

2 - Metal is more than a passion to me, it´s a kind of therapy from daily life. I´ve been playing guitar since I was 12, and I also play bass and I played drums for 4 years. Drums didnd´t really get me going and bass is more like a relaxed break from electric guitar, but I love the guitar so much, I just love video games a bit more. Definitly the guitar is my type of music player. My favorite bands are Pink Floyd, Parkway Drive and Alice In Chains. I love Metalcore, it´s my favorite type of Metal meshed with what the Hardcodre/Post-Grundge scene was. It´s just metal more heavier and with more screams. I also like Rock, Blues and Jazz, but daily I´m definitlyu more of a Metal guy. I´ve watched all of the mainstream anime like One Piece, Dragon Ball, Bleach, Naruto, etc etc, and One Piece is definitly the best by far in terms of story, originality and character varaiety. You just cant compete with something that has been going on since 97 with more than 1000+ eps by now. My favorite character of OP is Luffy and my favorite arcs are Marineford, Dressrosa and Wano by now. I definitly understand keeping up recent animes like One Piece and other good stuff that has been coming out. I also watch movies and series from time to time, but this year I havent been watching too much, just the weekly ones I already began, OP included. It has been more of a playing videogames year for me than watch this or that, but from time to time I´ll make a marathon and watch everything without stop.

She / Her
On the road!
Seen 4 Hours Ago
Posted 5 Hours Ago
1,563 posts
87 Days
6
June 29th, 2022 at 8:26 PM
You can't be more right, the main point of games is to have fun!
The Delta pokémon in Insurgence are pretty cool (I love Delta Charizard), not to count the armoured pokémon (Delta Volcarona!), to name a few!
*✧･ﾟ:* interview with gardevoir *:･ﾟ✧*
pairs ⋆ credit ⋆ M&G moderator 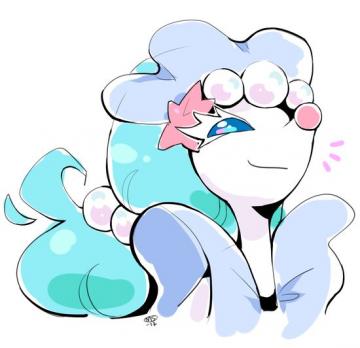 Age 18
Male
Italy, Rome
Seen 8 Hours Ago
Posted 1 Day Ago
20 posts
28 Days
7
5 Days Ago at 12:55 PM
i play the guitar too man but I have a classic. how is playing an electric like? sounds kinda interesting