was it latias or bianca that kissed ash?

Spoiler:
i WARNED YOU!

I am the shadow on the moon at night


RIP, Mako, July 21st, 06. We who knew you, shall miss you.
(Mako is a japanese actor, who was in Conan: The Barbarian. Then voiced Iroh in Avatar: The last airbender. He died of Throat cancer. ; ; )

Leader of the ~Mako~ Fan Club.

Thanks Myokai, for the banner, I have as my Icon. ^^

1. Before she kissed Ash, it showed the easel with her hat on it. Which means she took it off..maybe because she didn't want him to know.

2. She gave him the painting of him. Bianca was the artist. (Of course, Latias could have just took it and gave it to him.) But why would Bianca draw Ash anyways, if she didn't like him? ;D

The worst thing you can do in a business is blame the customer. 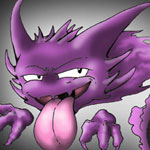 Age 38
Pittsburgh, PA
Seen February 19th, 2012
Posted February 19th, 2012
3,466 posts
14.3 Years
10
August 16th, 2007 at 5:04 PM
Originally Posted by SBaby [ Original Post ]
One of the most disturbing moments I've seen in the Anime... That much is for sure. Not the most dusturbing moment in ANIME, but definitely in Pokemon.
To a degree, definitely. But as a counterpoint/devil's advocate, what about Jynx, or Gardevoir or any other of the humanoid Pokemon used in such a manner? Suffice it to say, Pokemorphs are popular online. My theory being, people have less of a knee-jerk reaction to certain forms of furry depending on the humanoid aspect. If it's alien in design, obviously, our fear of the unknown would stir a possible visceral reaction. Whereas, if it's human-looking enough, the familiarity to our mind's eye would make us comfortable enough.

Look at the Latias design: she's not ugly, no, but not humanoid.

It's stupid, but that's how the human mind works. And after 5 some years, someone might have thought about it. Heh. And it was a fresh direction, even if bizarre. So, if you want to argue from the bestiality issue, uh, go for it. Heh.

I'm not sure why I decided to bring it up here. I guess my brain was on. Heh.

Cource, Ash was too stunned and Misty and Brock were there too... ooooh god... eww.

I think it was Latias.

EDIT: Also, the last part of the movie song background was "Latias in Disguise". Why would the CREATORS call it that?
Mike's PokePet 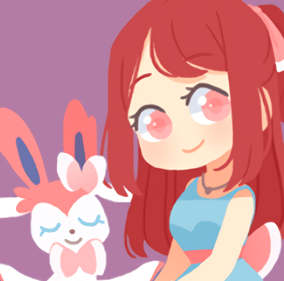 That is what I think.

For me, Kanon and Satoshi barely interacted with each other so I think it's most likely Latias. :p
"Don’t worry…I will protect the cat."

"I want to save Pikachu."
With that strong feeling in his heart,
Satoshi raced on through the rain.
~ DP001 Clip Show

"…I don’t want a future without you in it, Rika-chan."

I think it was Bianca, just because any other idea sickens me.
_

I think it was Bianca, just because any other idea sickens me.
Slight overexaggeration there methinks.

Sorry for going offtopic very briefly, but Latias kissing Ash on the cheek is no worse than someone getting licked on the face by their pet dog.
Name: Ben
3DS Friend Code: 4983-6179-2125

Sorry for going offtopic very briefly, but Latias kissing Ash on the cheek is no worse than someone getting licked on the face by their pet dog.
Was it on the cheek? God, I have a terrible memory. That lonely night with my Dog should not be brought into this discussion.
_

For me, Kanon and Satoshi barely interacted with each other so I think it's most likely Latias. :p
Well yeah, you have a point. They were hugging multiple times. x3

EDIT: Yes, it was on the cheek.
Mike's PokePet

In ur comp h4xing ur interwebz

Age 26
reading a good book
Seen October 31st, 2016
Posted June 24th, 2009
1,187 posts
12.5 Years
24
August 21st, 2007 at 10:39 AM
lol my liitle bro is watching the movie right now. I think it was latias since she didn't say anything like good bye or something.
Typhlosion used Solarbeam!
Regirock lost 100% of its health!
Regirock used Rockslide!
Typhlosion lost 101% of its health!
J-Rad's Typhlosion fainted!
Teh_Pie_Knight wins!
This actualy happened to me when battleing my friend...