There are going to be 3 versions of Ruby Destiny, which are Reign of Legends, Rescue Rangers, and Life of Guardians...

Since the hack thread is getting filled with questions, it is a good idea to post your questions here instead.

Regirock
-Francia Cave (Go through entrance at Pina Francia, not entrance in forest)

Phione
-Same as Manaphy
-Except that after obtaining Manaphy, DO NOT PRESS START AND/OR FLY
AWAY AFTER RECEIVING THE EGG!!! (Unless u want to go through the
treacherous path again). Instead, run all the way below from the
spot where u receive the egg to face Phione

(For the legendary pixie trios (Uxie, Azelf, Mesprit), u have to activate them by seeing them
upon entering Lost Lorina. Only then would they appear at their respective locations:

Latios
-Must have watched TV when at home after E4 battle
-Moving around routes in Gento, have to manually search

Latias
-Must have watched TV when at home after E4 battle
-S.F.Path (just walk through it)

Palkia
-Cave at Mount Blaze which is east of Borora Town

Frequently Asked Questions
NEW Q: I got the 7th badge. Now what?
A: This post will answer your question...

NEW Q: Are the PKMN that needs to be traded in order to evolve will evolve through level?
A: Yes...

NEW Q: What level will they evolve?
A: This post is useful for you all.

Q: Why does the legendaries run away when I talk to them?
A: Because you still need the 8 badges or finish the Shadow Lugia Final Event in Vermillion City.

Q: Where's the next gym after Banshee, the Fire Gym?
A: After beating Banshee, go back to Monatami City and go back to Snow Soft using Mr. Briney's boat.

Q: I beat my brother, the gym leader in Snow Soft, now what?
A: Finish Alex's event in Veronica City, the generator event.

Q: Where's Veronica?
A: Go to Rentelbud City and go east until you reach a cave, enter and work your way through there and you'll end up in Veronica Town...

Q: Where's the 6th Gym? I can't find it!
A: Head back to Selaro Town and surf east in Rose Path and you'll end up in DownPour City where the 6th Gym is.

Q: I got the 6th badge... Where's the 7th badge?
A: Head back to Monatami City and surf south, and you'll see a small island there. Go through there and work your way to the other end. There will be some events there.

Q: What are the events there?
A: Well, first, the Weather Institute. Then the Cherrygrove City event where you'll rescue Blitz. Then the Mt. Pyre event. There's also a Monatami Submarine event. And then, after you manage to do all of these quests, head back to Pyre Path where Mt. Pyre is, and head south to Cyan Path, and work your way to the other side until you'll reach Tabuli Town, where the 7th gym is.

Q: Entei's blocking my way!?!
A: Get HM Dive from Ash outside that cave and then head back to Retazo City and surf east until you'll reach Cinnabar island. Then surf south and use dive there and finish the Waking Groudon event there. Then Entei will let you pass.

Q: Where's the master balls?
A: One's in LC Base, the otehr one's in Cinnabar isle.

Q: Where's Kanto?
A: After beating the E4, your bro will give you a ticket to go to Kanto.

Q: Where's HM Fly?
A: After you finished the event in the Weather Institute, defeat your rival.

Q: Where's HM Dive?
A: It's in Silk Path where the cave where Entei is.

Q: Where's HM Waterfall?
A: Ya gotta be kidding, right?

Q: hey, what if i died from that level 99 dark lugia? can i catch it later on in the story, or is that it? it said at the end that blitz saved my life an sent me to the pkmn center when all my pkmn died.
A: It's okay if you lose to lvl 99 Dark Lugia. The story will saty as is. And yes, you can catch it later on.

Q: Are all 386 pokes catchable?
A: Unfortunately, no... There are some Pokes which I haven't put in the game, for instance, Pichu, and many others, but mostly the baby ones...

Mission Guide
Chapter 1
1. Silk Of Faith - Rescue Caterpie in Sinister Woods
2. Legend's Fortune - Stop Regirock in Fortune Valley
3. Trust of A Stranger - Rescue Rose, the Eevee, in Bouquet Field
4. A Smile Worth Fighting For - Go to Garden Field
5. Mother's Call - Rescue Caterpie's Mother in Vapid Swamp
6. Amazing Race? - Take the Scyther's revenge in Hevah Race in Green Hills
7. Dragon's Little Dratini - Escort Dratini to the peak of Mount Krystal
8. Fallen Angel - Battle Angeallen in the peak of Mount Krystal
9. Treasure Hunter - Help Caterpie to go through Mineral Cave
10. Secret's Out - Gengar spreads your secret as a human
11. Water Song - Help Caterpie to go to Green Hills
12. Petrified Wings - Try and stop the hunters in the Square
13. Flee To Freedom - Make your way out of trouble
14. Ho-oh's Quest - Get Taillow from Ilex Forest to Ho-oh in Rainbow Shrine
15. I Wanna Go Home - Work your way back to Garden Field from Veronica Town
16. Realization - Battle the POKéMON from the Square

Frequently Asked Questions
NEW! Q: Why is Tropius blocking my way?
A: Either talk Tropius first then talk to Exeggutor and Breloom, or just talk to Breatherna after the Groudon event...

NEW! Q: Why is a Pikachu blocking my way in the cave? I can't continue.
A: Surf up the waterfall and finish the Sprinephy event.

NEW! Q: What do I do next after the Shaymin event?
A: Go east from Breatherna and finish the Groudon event.

Q: After I beat the hunters, the screen turns black and I can't continue! What should I do?
A: Just press the 'A' button, or the Z on the keyboard.

Q: My team are filling out the papers. What to do next?
A: Talk to Caterpie...

Q: How can I play this game?
A: Read the rules.

Q: Can we catch other POKeMON in the game?
A: Read the first post's 'FEATURES' in the Rescue Rangers' thread.

Q: Will you be changing some tiles?
A: Depends...

Q: Everything's glitched up! What's going on!?
A: It may be caused by a patching glitch, or your ROM isn't compatible with the patch, or you made a double patch.

Q: When will the next beta be released?
A: Patience...

Q: Where to get HM Rock Smash?
A: This post will help ye~

LOST CAVE is just an extra place where you can well, level your PKMN up? :D

LOST CAVE is just an extra place where you can well, level your PKMN up? :D
oh.....
thank you!
i thought i was suppose to go to lost cave xD 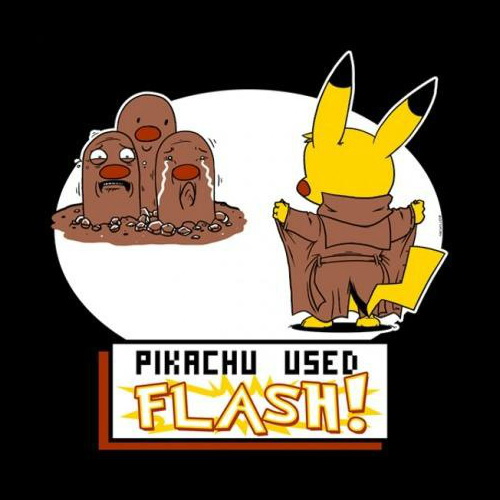 1. Defeat the evil group in Mt Pyre in Pyre Path.
2. Fly to Monatami City and finish the event in the stolen submarine.
3. Fly back to Retazo City and enter the cave there and beat all the grunts in that base.

Click'em and come join us!

And, ok, no stones, how do the pokemons that need them evolve?

Except for Eevee though. :)

PM me if you want to trade, or add my FC.