What do you think I need to change?

"Ready for a great adventure?"


[ STORY ]
The Astro region is a huge region in the world of Pokémon, and it is a neighbor of Hoenn. This region is very beautiful, with many forests, jungles, beaches, deserts, etc...

Year 2000 October, The police has discovered a new criminal band in the Hoenn region, the Dakko Team, the most cruel criminal organization ever known after the disbanding of Team Rocket. There are reports that this criminal band has expanded and moved into the Astro region. Their first goal is to catch the legendary Pokémon of the Astro Region: Darkrai. When this Pokémon is together with Palkia, Dialga and the legendary Twilight Gem, it has the power of controlling time and space, and the entire world. Only a legendary Pokémon Trainer can save humanity and all of the Pokémon, a trainer with enough courage and power...

Year 2001 February, Team Dakko has now built many headquarters in the Astro Region, as centres of investigation. They may be looking for Darkrai and other Pokémon.

[ FEATURES ]
New Scenery
With new maps and new tiles, this will be the most exciting adventure of your life!

New Events
Scripts written from scratch, new dialogues that may include humoristic scenes.


[ CREDITS ]
WAH for tiles and OWs
DJG for DP sprites
Zel for SG mountain palettes and graphics
Kyledove for his AWESOME tiles
Coronis for OWs and Sprites.
Pokesho and the spriters resource for some OW and sprites.
Zeikku for the giratina sprite
Fangking Omega for Icy Tiles
Cooley for hack tips and support!
Makunouchi for some Maps!
Alistair and PHO for some awesome tiles
Dshayabusa for the base CSS of the thread.
Sk0ria for all the support and some tiles from his hack!
Neos for the aztecs OWs.
Tony The Awesome for looping some song for me :D
And anybody who support this hack.
People who made the tools we use.

[ DOWNLOADS ]
See the attachements for Demo.
In July 26th will be the the 1st beta release. It will be delayed until August. Vacations... again XD, sorry.

Male
Victoria, Australia!
Seen February 27th, 2015
Posted February 15th, 2015
618 posts
13 Years
2
February 22nd, 2008 at 10:33 PM
WOW!
This hack looks stunning!
I love the look of the maps so far.
The tiles and palettes are beautiful.
And 4th generation Pokemon is an extra added bonus!
I'll be keeping an eye on this hack.
Best of luck!
Pokémon Ice Version

When the world is in its final moments..
Where will you be?

Seen May 4th, 2020
Posted February 5th, 2017
6,779 posts
12.6 Years
3
February 22nd, 2008 at 10:35 PM , since edited
Ooh nice job twilite_darkrai.
Hope this project doesn't end up like your average fangame.
In simpler terms i hope you don't quit this because i am expecting this to be a quality game.
touche kebbles,you got first post before me.
the graphics are almost as astounding as the plot.
And what do you mean by train stations?
Does that include subways because i think those are unique.
My only suggestions is that you change the name of the PROF. and show a little bit more of the story.
I also don't think that a prof. would give out free pokemon even though it is-like again-unique.
I'd make a banner but i don't know how to change the link location.

Age 26
Male
Seoul
Seen May 5th, 2019
Posted June 27th, 2014
737 posts
13.7 Years
5
February 22nd, 2008 at 10:38 PM
Originally Posted by kebbles [ Original Post ]
WOW!
This hack looks stunning!
I love the look of the maps so far.
The tiles and palettes are beautiful.
And 4th generation Pokemon is an extra added bonus!
I'll be keeping an eye on this hack.
Best of luck!
Hey kebbles thanks for this comment I never got a comment like this thank you very much.

Originally Posted by NIN
Ooh nice job twilite_darkrai.
Hope this project doesn't end up like your average fangame.
In simpler terms i hope you don't quit this because i am expecting this to be a quality game.
touche kebbles,you got first post before me.
thanks NIN I won't quit this hack a now it's a PROMISE. It doesn't matter Ihave to restart it 1000 times!
Hope not....

thanks for you comments[2]

if you need help with something P.M. me i might be able to help

anyways guys, and girls, I'll bring tommorrow more screenies I think like 3 or 4.

See you and good night or good day wherever you are.

When the world is in its final moments..
Where will you be?

See you and good night or good day wherever you are
At least he doesn't forget that the time zone is different when some people are Halfway around the world...Unlike some people i know^_^i'm keeping an eye on you kebbles. 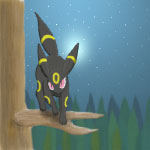 Seen February 25th, 2008
Posted February 23rd, 2008
6 posts
12.4 Years
19
February 23rd, 2008 at 7:18 AM
You really did a good one, Twilite! Awesome job! The tles are fine, the palettes are beutiful!
POKEMON STARRY NIGHTS
"get ready for somthing you don't expect.."
legend of cressaila
STATUS:
1 2 3 4 5 6 7 8 9 10
SCREENSHOTS:
none currently.
OTHER THINGS:
Currently: tiel editing.
IN NEED OF HELPERS
-spriter
-pallete editor
-scriptor
PM me if you have these skills.
http://z15.invisionfree.com/The_Hacking_Forums/index.php?act=idx <---THE HACKING FORUMS, JOIN TODAY

And... can i ask you for something?

Could you make an alternate version of this one please?
Insted of saying By TwiliteDarkrai can you put Supporter please?
Thanks a lot.

Also, put the code in a html box, not a code box.

Introduction
Hello, I'm Twilite_Darkrai, or you can call me by my name, Erick. This is a remake of a my other hcak that was glitchy and that, but I miss it, but this will be better ;)
[B][CENTER]Story
Well, your sister tells you that Prof Ahgoo is giving Pokemon so she goes to his lab and you too. He gives you your pokemon. then you find your sister in Yasangma city, she tells ask you to go to PPNA tower in Cryomiston City to see the most expert Profesor in Pokemon, to ask them about Dakko Team and about their plans to catch Darkrai...

Team
Owner - Me
Co - Supervisor: the Serenade DS
Mapping - Me
Scripting - Me (with thethethethe help, and other guys also helped me like SerenadeDS,Esmas,cooley and so)
Tile changing - Me
All- Me
ATM--- (hehehe)
MEDIA CENTER [Screens and videos]

BUGS AND GLITCHES
None yet ^_^U