PATCH THIS TO POKEMON RED ROM WHICH HAS (U) IN THE NAME, NOT (UE) OR (J) OR ANYTHING ELSE!
Download 4.2
Compatability Patches - Patch these to Second Generation games and you'll be able to trade with Brown!
Website
Stuck? Check this out.

- A new dungeon is released, complete with an original music track (besides battles)! If you've beaten the Rijon League, check out the house west of the Hayward Mart. It has several items and high level Pokemon, including some new ones! Be warned though, you need a good team to complete this.
- For some reason, seven secret items have been hidden around Rijon. Nobody knows of their usage yet, but I can tell you that they will be useful later. If you're eager to find all seven of them, you'll have to search throughout all of Rijon to find them all. One of them can be found just by completing the new dungeon.
- The "evolution with stats glitched until you level up once or deposit" glitch is fixed, however the glitch still affects only a few Pokemon. Mostly Sinnoh Pokemon.
- Due to high demand, I have changed Mew's moveset. Mew will not learn transform until level 51, meaning when fighting Mew, it won't transform and ruin your chances of catching it.
- Prof Tim's Aides will now count Pokemon past 151 as "owned".
- 4th Gen evolutions now have the same movesets as their previous evolution stage, instead of learning nothing at all.
- People cannot find the other location of the Gold Leaf, so I have made it so it always appears in the Ilex Forest Shrine
- Text strings for Route 61, Snorlax, and the Owsauri house have been repaired.
- Steelix is now a Steel/Ground type
- Certain Pokemon can now learn TM's that they couldn't learn before.
(As of 8:30 AM Tuesday July 28th):
- Rare Missingno's removed in front of the building.
- Ledge in cave replaced with rocks, you can't walk on top of them.
- When you deposit TM's they won't have glitchy names. The names will just be blank (as usual with Brown, I can't find a way to make them display the TM names when depositing, Red is REALLY badly coded).
- And one other glitch
(As of 7:25 PM Tuesday July 28th):
- Botan house fixed AGAIN
- Tangrowth now has a sprite.
-
- House in Botan isn't glitchy anymore.
- Lvl. 0 Gastly's don't appear in Slowpoke well anymore.
- Now works with TGB-Link. Trade away!
- Hayward City's music fixed
- Metronome and Mirror Move are now Fixed, and now Metronome also randomizes on the new moves!
- Sludge Bomb no longer uses Pokeball animation, the music won't get weird.
- Marts have been changes around a bit. Check out what they sell, you'll find some of the items very useful.
- Sneasel now evolves into Weaville with Razor Claw instead of Razor Fang
- Gligar now evolves into Gliscor with Razor Fang instead of Razor Claw
- You can now bike in Castro Forest, Haunted Forest, various Route Gates that wouldn't let you before, and in Johto.
- A few new battle animations to accuratly fit the new moves.
- The encounter rate for Clefairy's in Merson Cave were ridiculously low, so I increased the rate a bit so people can stop wasting hours just walking around it.
- Some super secret stuff added for the final quest. You'll find out what these are next patch![/B]
- Pallettes of Back pictures are fixed
- I redesigned a few parts of the caves so you can't walk onto the top of the wall when exiting a ladder.
- Meganium's cry is fixed
- Larvitar and Pupitar now learn the correct moves
- You can't walk over the ledge in Ilex Forest anymore
- Those complaining about a magical fence near Jaeru won't have to worry about that anymore.
- Crabhammer's animation is fixed
- Metal Claw doesn't crit everytime anymore.
- Wing Attack's base damaged has been increased to 60
- Charziard can now learn fly via HM, while the Totodile family can't anymore.
- Poliwhirl doesn't evolve into ????? when given a King's Rock. It now evolves in to Politoed
- Espeon's Pokedex fixed.
- Bulbasaur is green once again, and squirtle's palette isn't as messed up.
- Fainting in Safari Zone glitch fixed
- You must now fight Bugsy before getting one of his gifts.
- Fixes Trainer Glitch, he won't send out ????? anymore.
- Pokedex own glitch is fixed.

To update it, simply redownload a clean Pokemon Red ROM, and patch it to that, and rename the ROM to the exact same name as the older version of Brown.

Author: Koolboyman
Pokemon Brown is a classic hack that takes place in the region if Rijon. It has been refurbished after five years of it's original release. Not only is it improved with less spelling errors and errors altogether, but it has new areas, new music, new challenges, new twists, and of course, about 70 new Pokemon.

Notes:
How to Patch IPS files. - Click There
- If you have a save file from the original brown, you can continue where you started off. However, due to memory shifting, your current progress in the Pokedex will be different. This was kind of unavoidable. If you want me to change your Pokedex back to normal, please upload your .sav file to sendspace.com and then PM me the link. I'll send it back to you with your Pokedex back to normal
- Pokedex won't update "own" when traded. This will be fixed in the future, and when it does, to add your traded Pokemon to the Pokedex, simply trade back and forth.
- There are a few minor glitches, such as the bottom right tile of some Pokemon missing.
- Pictures may be glitchy if you simply go to the Pokemon menu during battle and exit it.
- Some emulators have weird lines through the Pokemon pics.
- You can't hop over the ledges in Johto
- You can go through cycling road's check line like in Red. I don't think I can fix this
- If there's any other glitches, please PM me (don't reply to the thread pointing them out please), and I can most likely fix them up fast.

Features:
- Ten cities in the region of Rijon, one in Johto, and over 20 routes to explore.
- Pokedex is now up to 220
- Over 40 new moves
- TM set has been changed a bit
- Seven new types that weren't in Red
- A wide range of characters.
- A few new music track, including tunes from Johto
- New Pokemon will be compatible for trade with the second generation games and Prism once a special patch is applied.
- A quest after you beat the Rijon League
- And much more!


Thanks:
MeanMrMustard - Getting rid of the Pokemon picture compression, and making a few new music tracks.
Hiroshi Sotomura - Helped me beta test and tossed around his suggestions and ideas as well.
Elucid and Darksliver: For being awesome hackers and showing me what you can do with a hack if you truly care about it.
You: That's right, I'm talking directly to YOU. You for simply playing the hack and enjoying it.

Support Banners: Use them to support brown! I'm still accepting new ones.

Working with TGB-Dual to trade!

MAKE SURE YOU HAVE APPLIED THE COMPATIABILITY PATCHES TO THE SECOND GEN GAMES OR ELSE THE TRADES WILL NOT WORK SUCCESSFULLY!

1: Run TGB-Dual, then close it. This will create a save folder.
2: Copy/Paste your Brown .sav file into this folder.
3: For the second player's .sav file, copy/paste it in the sav folder, but rename the extension .sa2 as well
- If extensions aren't showing up for you, google yourself a solution.
4: If your ROM is in gb format, rename the extension to .gb format.
5: Run TGB-Dual again. Under file, there's GB1 - Load, and GB2 - Load. These load the ROMs for player 1 and player 2. Load the correct ROM's up. If there is no continue option, you did something wrong, so start over.
6: You should be able to trade. When you're done, copy the save file's back to where you first copied them from. Once you copy back the .sa2 file, rename the extension .sav

Swap Sav files with your friends, you might need some help completing the Pokedex. 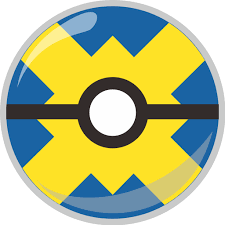 but i am eagerly waiting for prism to be ready also.

in need of help for a hack, pm

That's one of my rules.

Durandal of the Devic Era

I'll be releasing the compatibility patch with Second Gen in a bit.

Minor glitches that were missed in testing will be fixed tomorrow. If you find any, just PM me (don't reply to this topic about it), and I'll fix them.

Some kid just started using my PSP though, lame. I'll start playing it in like ten minutes =)

Yes Thanks man you made my day!

Brown got me interested in pkmn hacking. Thank you so much!
also first page

Then Close and then reopen the emulator.

thanks coolmanboy!! you are a great hacker

Happy Easter to Me!!! 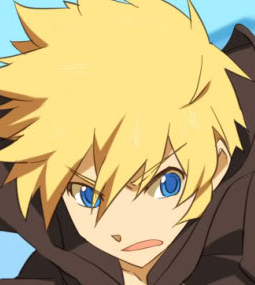 PS: CBM, shouldn't the link in your sig lead to this thread and not the scrapbox thread?