Age 26
Male
Seen June 1st, 2013
Posted April 27th, 2013
2,276 posts
11.6 Years
1
May 28th, 2010 at 8:42 AM , since edited
This thread is for discussion of only Victini, Zekrom and Reshiram, discussion of other legendaries belongs here, because they were released at a later date.
For clarification:
Reshiram is only obtainable in Black Version, whereas Zekrom is only obtainable in White Version.
That oughta do it.

What'cha think? The white one is Reshiram, and the black is Zekrom. The black one reminds me of a monochrome Palkia...

I've added Rukario's pictures of the individual Pokemon to thumbnails.
Both Pokemon are apparently Dragon-type. No word on if they'll have another type or what it would be.
Zekrom may possibly be part Electric type, but as of yet it's still unconfirmed.
Zekrom is definitely Elec/Dragon, and Reshiram is now confirmed as Fire/Dragon.
For the last time, Zekrom=White, Reshiram=Black!
Back from the Hidden Land~ 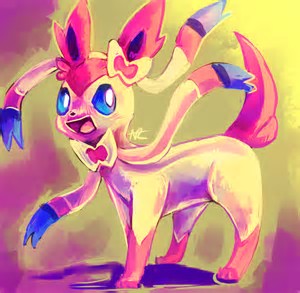 Lover of all things Pokémon and Nintendo, and Atlus
Signature Pokémon: Luxray

The white guy looks like Epicness in a bowl

"Fezzes are cool." The Doctor

The Ghost of Tsushima

The tail on Zekrom kind of says "Slowbro".
Back from the Hidden Land~

The white one, however, is AWESOME. <3 I may have a new favorite Legendary pretty soon.

Zekrom looks like Dark/Steel to me. Hopefully Reshiram is the first pure flying type. :D
"You can't fly a tank fool!"
- B.A. Baracus, The A-Team