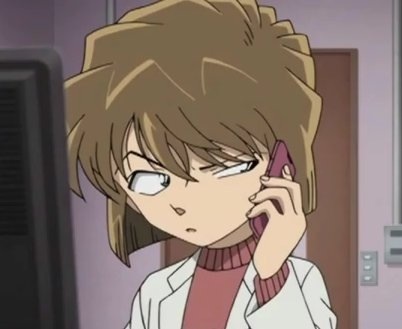 Welcome fellas of all ages, to the Official PokeCommunity Shipping Debates Thread! Simply read the guidelines stated in this post and you'll be ready to launch your savy shipping favorites and exercise your social and debating skills in no time!


Shipping (short for "relationshipping"; カップリング Coupling in Japanese) is the belief that two characters in the Pokémon universe are in a relationship, or have romantic feelings that could potentially lead to a relationship. It is generally used as a suffix attached to a word related to a pair of characters (like in PokéShipping).
For example, a person who would like to see Ash and Misty as boyfriend and girlfriend would be a PokéShipper, and as a PokéShipper, he or she would support PokéShipping. In addition to "shipping," and "shipper," there are "ship," which is a word for the pairing itself, and "shippy," which is used as an adjective. For example, if Ash and Misty kissed, that moment would be considered PokéShippy.

More obligatory CopyPasta from Bulbapedia, the Content─*shot* I MEAN, the community-driven Pokémon encyclopedia!

Adjective
shippy (supports a ship) : Example: "That hug was shippy." means "That hug makes them look like a couple."

Verb
shipping (action of supporting a ship) : Example: "I enjoy Pokéshipping." means "I enjoy supporting Ash and Misty as a couple."

Verb (infrequent use)
ship (action of supporting a ship) : Example: "Do you ship?" means "Do you support that/any pairing(s)?"

Now for the meat of the Bylaws, the thread rules.

That means read them if you haven't yet.

Name Calling is not allowed

Drifting off topic is strongly discouraged

For us old prunes, this was sort of a problem. But now it's got it's comfy place in the rules. This is mostly in effect because of some disastrous results in unneeded debates/barfights

This section will probably be heavily revised, but this is how power is spread:

Without further ado, the new shipping thread is now active, and the topic shall be determined by the first reply because I'm honestly too lazy to come up with a non-cliché one.

Also, get rid of that fugly hat on Iris AK47.

Anyway, hoping for some Negai hint whilst Ash battles Aloe, and some comfort when he loses ;)

Err, so I'm gonna continue with the fanfiction theme since Mew~ didn't actually say anything. :P First, to say thank you to all of you who liked my fic <3 And second, to say I've been seeing some good HonorShipping fics, but can't find them anymore. ;-;

Err, so I'm gonna continue with the fanfiction theme since Mew~ didn't actually say anything. :P First, to say thank you to all of you who liked my fic <3 And second, to say I've been seeing some good HonorShipping fics, but can't find them anymore. ;-;
Look again.

Crackshippings? We already did that? Oh okay, um...

Lets come up with a fresh topic.

Reading is the best~

Any topic that isn't NegaiShipping.

Age 29
Male
Florida
Seen March 26th, 2016
Posted January 22nd, 2014
7,128 posts
13.4 Years
7
January 2nd, 2011 at 3:59 PM
Originally Posted by Mew~ [ Original Post ]
No more fanfics, please reading is annoying.
I don't know, if you're really into the shipping, reading fanfics that follow it might be pretty interesting to read. Better than reading something you're not interested in anyway.

Originally Posted by Mew~
Anyway, hoping for some Negai hint whilst Ash battles Aloe, and some comfort when he loses
Oh she still might say how Ash still doesn't have a chance against her, blah blah blah, if Ash asks her again.

Now, I wonder if there are any good fanfics with N in?

I'm sure when Ash loses to Aloe, he will get a nice lecture from Iris about type advantages and stuff. No love. :3

Meh. Dento would probably just be annoyed at him. Since he could beat him but not Aloe.
I actually don't see Dento as that type of guy. ):

He might just be like Brock and give him some sort of comfort words or words of motivation. Iris on the other hand, I can see lecturing him, haha.

Age 31
Female
UK
Seen August 18th, 2021
Posted September 24th, 2016
4,214 posts
15.7 Years
14
January 3rd, 2011 at 11:29 AM
Watching more Sinnoh league episodes. Conway and Dawn actually blush at each other XD Conway is *so* creepy. He tells Dawn his unpredictability is part of his appeal XDDDD He only says bye to Dawn XD And Barry: "It's lonely at the top, but Paul's there to keep me company". So cute. Ohhh, so much Paul fanboying in this. XD


Spoiler:
Barry: Ash, wow, it seemed the more that I battled Paul, the more fired up I got!
Ash: I know! Paul seems to get everyone feeling that way!

Seen April 13th, 2016
Posted April 12th, 2016
4,163 posts
12.8 Years
15
January 3rd, 2011 at 11:42 AM
Originally Posted by Jorah [ Original Post ]
Watching more Sinnoh league episodes. Conway and Dawn actually blush at each other XD Conway is *so* creepy. He tells Dawn his unpredictability is part of his appeal XDDDD He only says bye to Dawn XD And Barry: "It's lonely at the top, but Paul's there to keep me company". So cute. Ohhh, so much Paul fanboying in this. XD


Spoiler:
Barry: Ash, wow, it seemed the more that I battled Paul, the more fired up I got!
Ash: I know! Paul seems to get everyone feeling that way!
Pffftttt... I thought the bit where Paul leaves very comashippy. (After Ash wins and Paul decides to leave before the league ends.)

Heattagshipping is awsome. Even though Conways such a perv, they go so well together.
There was nothing. Followed by everything. Swirling, burning specks of creation that circled life-giving suns. And then we reached to the light.

Ok so we left off in the old thread about fanfics. I always feel uncomfortable reading them because the characters have personality that the anime doesn't give. One guy used to make really good fanfics (although he was an Advanceshipper). They were very nice to read simply because of the fact that Ash isn't 10 in them.

How about we change "ancient" to "primal"? Or "original"?

Are the Dawn and Conway added bits by the dub? (just like the P.S. in Dawn's note)

And thinking about that makes me want to watch the Dawn/Conway parts subbed, I wonder how different it was in Japanese~

*looks back at old thread* Oh, Vernikova edited to mention the infamous "A Day Inside May". I never read it, but I heard that crazy Scott guy from bmgf wrote it. People used to bring it up randomly in bmgf's Pokemon anime section to him from time to time, and people seemed to be weirded out by it. I feel like I have to read it sometime, just to find out how weird that guy was, though. Although his debates in their Pokemon anime section were good, when you ended up thinking about how he was dedicating so much time and effort to debating a children's cartoon show, he did seem a pretty weird guy.

*looks at first post again* OK, so now it's been edited that I'm the evil second in command? lol

I should read more ContestShipping fanfics. I tend to stop reading things when I start writing, so-o...

Originally Posted by RubyJB88 [ Original Post ]
Say what? Are we talking about the same Scott as in Scott85? That guy actually does something else other than Johto-hatin'? Does his fanfic have a lot of Johto hate? Cause that's what he was all about. Got banned by all his complaining.

Okay AK47 now you just pushed it with "angel". -_-
Yeah, that Scott. He's known as CyberCubed on Serebii. As well as his Johto hating side, he also had his May fanboying side. And so, "A Day Inside May". No, it's not about Johto hating, it's NC-17 (is that the right American rating?) soo, I'm thinking the title is a pretty good bet what it's about. Wow, I didn't know he got banned from bmgf

Can anyone link me to this "Day inside May"? It surely does interest me a bit.

Don't be so happy about it; I don't support Negaishipping either. I only support Mysteryeggshipping! ^__^
Go MysteryEggShipping!!! :D

Originally Posted by Jorah [ Original Post ]
You aren't the lone Cafemocha D: I think everyone but AK47 is a Cafemochashipper here XD Not lonely~
I don't really think Ash likes him at all, thats why I don't support it... so yeah.

Im looking through the old shipping thread to reply to stuff that was posted before I joined. xD

Ak47, is this why you don't support Gay shippings then?

Originally Posted by AdvancedK47
You are relying too much on fandom. Face reality, there will be no homosexual shippings in any of this franchise, period. Now go drink your evening coffee cause I need to chill before I hit my brother.
Homophobe Funny how the coffee thing fits with the whole cafémoch situation.

Originally Posted by vernikova
Are you saying that Pokéshipping is most likely? Your reason is just illogical.

Pokéshipping is a never will.
If anything it is the most likely if anything it had the most hints, and Ash and Misty were much more closer then he is to May or Dawn. (Excluding Iris since she hasn't been in for long)

Originally Posted by AK47
Now the only hope for ash is Hikari( Dawn) They look soo cute together, While misty is way too tall and old for ash, I don't even think misty should bother to be even mentioned of in the anime.
Heh, looks like you were wrong. Mwahahahaha.

Originally Posted by Supreme Edgeboy Max February 26th, 2006, 04:47 PM
Ew Inuyasha..
Ew Advanceshipper..
Ew brick.. *gets hit by brick and dies*
The best ever post out of all of the shipping debate threads. /Legend

Originally Posted by [B
Kasu-chan[/B]]
What does age have to do with shippings anyway? That arguement is far too overused.
I agree. Ash will never age anyway.

The ghost of christmas past will be back with more tommorow, to taunt you all.

There was nothing. Followed by everything. Swirling, burning specks of creation that circled life-giving suns. And then we reached to the light.

I forbid you to look at anything from before you joined... OR ELSE.