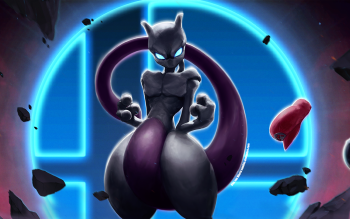 For all Digimon Lovers both far and wide!

1) You gotta love Digimon - After all that's what this club is about!

2) Follow the PC rules.
3) No flaming, trolling, spamming, or any kind of abuse.
5) Every week there will be a new Password so that we know your still active
6) Customizing your Partner is allowed, many members do it to recognized there partners with others
7) Stay Active!!!! Don't just sign Up and Leave
8) Have fun


When you join, you may claim an In-Training Digimon as your partner. As you rank up, your Digimon will Digivolve (Or if you wish you may keep it at a particular evolution). Up to three people may have the same Digimon. No more. If your partner is not a main Digimon - as in partner of a main character, if you don't mind could you please provide the sprite - It's a lot harder than catching down the Pokemon Sprites

Bring in a new member: 30 Member you bring in must mention your name)Have a link to this club: 25 (On your sig)
Having the Link spotted by someone: 25 (Name must mentioned)
Make a banner for the club: 30 (must meet owner/co-owner's approval)If inactive for a month: Automatically go down to the previous rank (unless you notify staff beforehand of your absence)

Something you will need

For Those who have gone Inactive

And with the support banners, my name isn't Symphone anymore lol.

What two or more digimon that when the digixros would create an evolution (eg. Greymon + Mailbirdramon = Metalgreymon)?

By the way here are some questions to start off the new club(with the inclusion of Lockmaster24's question):
What two or more digimon that when the digixros would create an evolution (eg. Greymon + Mailbirdramon = Metalgreymon)?
I don't really know. I haven't watched Xros Wars lately so i'm sort of lost.
Would you eat or try eating Guilmon bread? (assuming you know what it is)
I definitely would because it probably would taste good since Guilmon loves it so much.
If you were to create a new season, what would it be like? (Continuation of an older season? A brand new season with new characters, digimon and a setting? etc)
If I were to create a new season, I would create one that is a continuation of tamers and savers. It would take place in the future when the Takato, Henry and Rika get their old partners back (two years later) and find a strange device that sends their world two years in the future after savers and combines the two cities in savers and tamers together. Because of that they end up creating a disturbance and the world is falling apart because of it and they have to team up with the main characters from Savers to fix the balance of both worlds.
If you were tasked with creating a new Digivice, what would it look like? What functions would it have?
I would create a digivice that would function like a D-Arc and an iC digivice. (meaning it can scan digimon cards to power up your digimon and it can store digimon data) I have no clue what it would look like though.
(Working on a better signature + avy)

And with the support banners, my name isn't Symphone anymore lol.
Yeah lol i think i changed it. i won't show :/
Also by purumon did you mean pururumon? I can't seem to find it -.-

Oh yeah! Your all in.

previously zappyspiker, but rainbow keeps trying to get me to skip class

Originally Posted by Jayster23 [ Original Post ]
As request from Zappyspiker the old owner could the old club be closed to start this as he has gone inactive from the Other Clubs Section.
Imma girl XD

Yeah, I'd try to eat the Guimon Bread, being that Guilmon loves it so much...but he's the digimon.

My new series would, in fact, be based on the old tamer and savers plot and doing of digimon. Mine could be a continuation of the very first old series(some of the characters), and some of the secondary characers in the following series(not all, some have a girlfriend and such and blah), they team up to save what caused a sudden disruption in both the Digimon and Human world. A hole in space and time was somehow created without notice, giving the digimon and human to travel back and forth. Humans, not aware of this, get sent by accident of killed by the stray digimon. It is up to them to solve the problem before the hole in space and time grows and eventually both world collide.

Eh, a new digivice?....I need to think about it. In the meantime, I'll go with Ookamireki's idea on the digivice.

My series would be a continuation of Tamers because at the end Takato sees the Portal to the Digital World so it would be nice to see what happened after that.

My Digvice would be like a D-Arc but also a D-3 that could connect to the digital world so they could go there at will. And the Digimon card scene was also so epic no matter how many times you saw it so keep that.

Age 23
Male
honk
Seen January 5th, 2014
Posted November 13th, 2012
1,950 posts
10.1 Years
13
January 10th, 2011 at 4:46 PM
Originally Posted by Jayster23 [ Original Post ]
My series would be a continuation of Tamers because at the end Takato sees the Portal to the Digital World so it would be nice to see what happened after that.
I never tought about that. It would make sense if it did continue, so I go with you there.

Originally Posted by Jayster23 [ Original Post ]
My Digvice would be like a D-Arc but also a D-3 that could connect to the digital world so they could go there at will. And the Digimon card scene was also so epic no matter how many times you saw it so keep that.
I like your idea plenty.

I want the new CO-OWNER job please! I will vow to be more active and help others and contribute to the club!


Has anyone been enjoying Xros Wars lately?
There was nothing. Followed by everything. Swirling, burning specks of creation that circled life-giving suns. And then we reached to the light.

I've also signed up for your preveous digimon thread

Has anyone been enjoying Xros Wars lately?
Well, I haven't watched it for a couple of months now so i'm lost with Xros Wars. From the last time I watched it though, its ok but not that entertaining.
(Working on a better signature + avy)

Age 27
Male
Australia
Seen November 1st, 2018
Posted August 4th, 2016
782 posts
13 Years
24
January 12th, 2011 at 1:00 AM
Originally Posted by Mew~ [ Original Post ]
Has anyone been enjoying Xros Wars lately?
yes i love xros wars i basically drop whatever im doing to watch the new ep sometimes i dont even wait for a sub and i watch it raw. i love the design for shoutmon x5 (especially his head)
Dialga and Palkia's Loud Adventures
Dialga and Palkia's Loud Adventures 2

Anyway, my current Digimon can evolve, if you allow this...:P