Eevee is loved by many in the Pokémon Community, but perhaps it hasn't earned all this love? Explore the many weaknesses that render Eevee a liability in the only tier it can be used in. 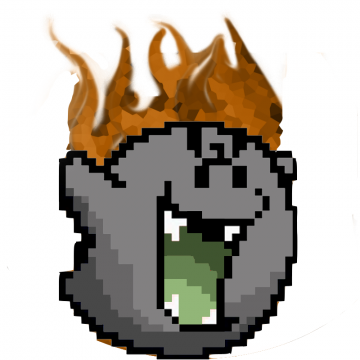 Male
Seen September 7th, 2016
Posted August 25th, 2016
13 posts
4.7 Years
3
April 17th, 2016 at 5:35 PM
Eevee represents something that many consider the epitome of pokemon: freedom of choice. Eevee can evolve into one of 7 (now 8) pokemon that we choose depending on how we want to train it. For many trainers, this decision is one of the many reasons eevee is so great. Competitively, it's not such a great pokemon even with Adaptability. But its mythos and what it represents is something so much more. That's where it gets its love from. Personally, I'd never use an eevee in a serious battle, but whenever i find one in a LP, I'm beyond ecstatic.

As far as its evolutions, Flareon is the only one that really is terrible. Leafeon and Glaceon are also pretty bad, but imo they at least have cool sprites. That being said: Sylveon is a monster, Espeon is amazing if it avoids being pursuit trapped, Umbreon and Vaporeon are bulky af, and Jolteon is great when played to its strengths. Aside from Sylveon, the rest of these are ultimately outclassed by others, but in league play or even just in their respective tiers, to overlook them might cost you the game.
Take a Look at my Youtube Channel! I upload frequently, mostly with Pokemon Showdown Replays w/ Post-Commentary. If I end up battling you on Showdown, and we have a great match, there's a decent chance you'll see it on Youtube there, so if you are interested, check back once in a while for a battle! I also upload LPs, you can find the intro of one here. Thanks for your time! -Ghost

Age 24
Male
Olivine City
Seen 2 Weeks Ago
Posted September 6th, 2018
3,221 posts
9.2 Years
4
April 21st, 2016 at 9:57 AM
Perhaps this is the reason why Game Freak is so slow on creating the full type spectrum of Eeveelutions; because it and a lot of its evolutions are not really all that competitively viable - so why make a whole spectrum?

If that was true, I wouldn't understand from a marketing standpoint - I would buy a plushie of every single one of those bastards.

Bringing up the spectrum, I'm curious what they should do for a normal-type evolution, if they ever make one. I think it was the guidebook of XD that said "if you want a normal type, don't evolve it!" But I don't agree with that; I think it'd be interesting to split the difference and give it a mega.
hugh holland in "cracks: a sinnoh story"
-
→
-
Pair
-
Underground
-
Roleplay Theatre
-
Credits